The British government is planning the re-implementation of Operation Brock again to manage HCV traffic at Dover and deal with any potential disruptions when the transitional period to Brexit is over.

Operation Brock was a traffic management scheme of the British government that aimed to ease the difficulties occurring after a no-deal Brexit. It was first activated in March 2019. Since then, the anti-congestion system has been deactivated three times, while finally, all the barriers were removed in January 2020. During the active days of the operation, lorries heading for mainland Europe were routed down the coastbound carriageway with a 30mph speed limit in place. All other traffic was directed onto the London-bound carriageway, with two lanes in each direction operating at 50mph. Drivers needed to follow the different layout on the M20 from just north of Junction 8 (for Leeds) to Junction 9 (Ashford).

The United Kingdom left the European Union on 31 January 2020, however, the transition period will expire at the end of December 2020. This means that the UK won’t be one of the EU countries or part of their trade and customs treaties from then on. Consultations are ongoing about the exact forms of trade agreements but regardless of the outcome of these negotiations, there will be new controls on the movement of goods between Great Britain (GB) and the EU from 1 January 2021.

In the middle of June, the United Kingdom withdrew its plans for full border checks on goods arriving from the European Union from January 2021 and announced that customs procedures will be introduced in 3 steps. You can learn more about the planned steps in our former article.

According to the consultation document on Operation Brock published on 3 August, the British government is expecting „at least initially a risk of some additional friction at the border”.

It is thus important that we put in place plans both to minimise the risk of disruption and to mitigate its impact should it occur. And we need of course to have a particular focus in that context on the Short Straits, given the volume of traffic that moves both on the ferries leaving Dover and through the Channel Tunnel” – can be read in the document.

The consultation document reveals how the British government is planning to deal with queues of lorries near Dover.

The paper states that there might be one important reason for potential queues at the border: „the low levels of trader and haulier readiness„. To encourage businesses to get ready for the customs procedures, the British government enforced authorities with 3 regulations in 2019 – when the country was preparing for a hard Brexit at the beginning of 2020. As no-deal exit didn’t happen, these regulations were set to pause („sunset clause”) until 31 December 2020 again. The government needs to amend the rules to extend the sunset clause to allow Operation Brock to continue and be enforceable in 2021.

─ This regulation also allows traffic officers to request documentation relating to origin, destination and goods, and raises the financial penalty deposit for failing to comply with or for breaching the traffic restrictions imposed by the regulation. The fine can mount up to £300.

─ Prohibits HCVs (above 7.5 tonnes) leaving the UK via the Channel Tunnel at Folkestone or the Port of Dover from using local roads other than those on approved Operation Fennel routes.

Prohibits such vehicles from accessing the coastbound carriageway of the M20 motorway between Junction 9 and Junction 13 (the primary route to the Kent ports), unless the driver has complied with checks of border documents and is displaying a permit issued after using an approved route.

Reintroduction of Operation Brock and again: a fine of £300

Back in 2018, the British government created a contraflow system along the whole stretch of coastline between junctions 8 (Maidstone) and 9 (Ashford) on the M20 motorway. This was part of  Operation Brock. It was a 13-mile stretch (about 21 km) where the southbound carriageway would be used by heavy goods vehicles queuing to cross the canal. In turn, the northbound carriageway would be available for other vehicles.

As Operation Brock was already introduced and suspended in 2019, the „practise” has provided some opportunity for the Highway England to develop a new, quick moveable barrier to set up the lanes. These moveable barriers will be ready to use in December 2020 and will enable around 2,000 HCVs to be held – the same capacity as the previous contraflow.

Fines were also determined back in the old days: drivers who did not follow the instructions provided, or tried to use alternative routes to the ports (i.e. rat-running on local roads), could have been stopped by police or enforcement officers from the Driver and Vehicle Standards Agency (DVSA) and subjected to a £300 fine.

As goods arriving from the EU will be -sooner or later- fully checked by customs officers, these controls need new facilities. According to the consultation document, for Eurotunnel and the Port of Dover, this is likely to require new inland border control posts as there is insufficient space for the new facilities at the ports.

While the inland border control posts are intended for checks conducted by HM Revenue and Customs (HMRC) and the Department for Environment, Food & Rural Affairs (Defra) on inbound and outbound goods, they could also be used as new holding sites for outbound HCVs as part of Operation Brock.

We have purchased a new site in Ashford to support this. Construction at the site has commenced, and it will provide approximately 2,000 HCV holding spaces. We are in the process of working with KRF to integrate the new Ashford site into updated traffic management plans for the end of the transition period. This overall plan is still in development and is likely also to incorporate some but not all of the other parts of the 2019 approach” – the document states.

More details of these revisions to the traffic management plan will be made available in due course, and can be read at the end of the document. 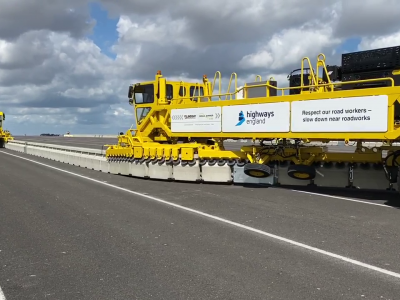 Starting tonight, part of M20 will... 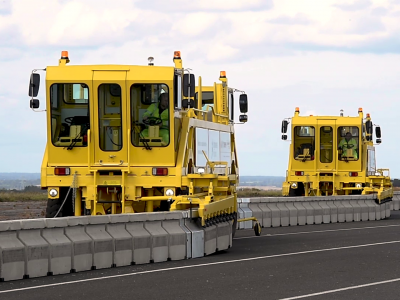 What is Operation Brock? And how...

Starting tonight, part of M20 will be closed for 4 nights due to Operation Brock...
What is Operation Brock? And how will it work?
A simple guide to the UK Government’s new „Check an HGV” service
Operation Brock is back: prepare for traffic difficulties in the coming days
Race against time: Britain builds 29 temporary parking lots in a hurry as part o...