During a recent HGV inspection at Ånestad in Norway, a Macedonian driver of a Bulgarian truck was pulled over by officers for having too many items obscuring his driving view. 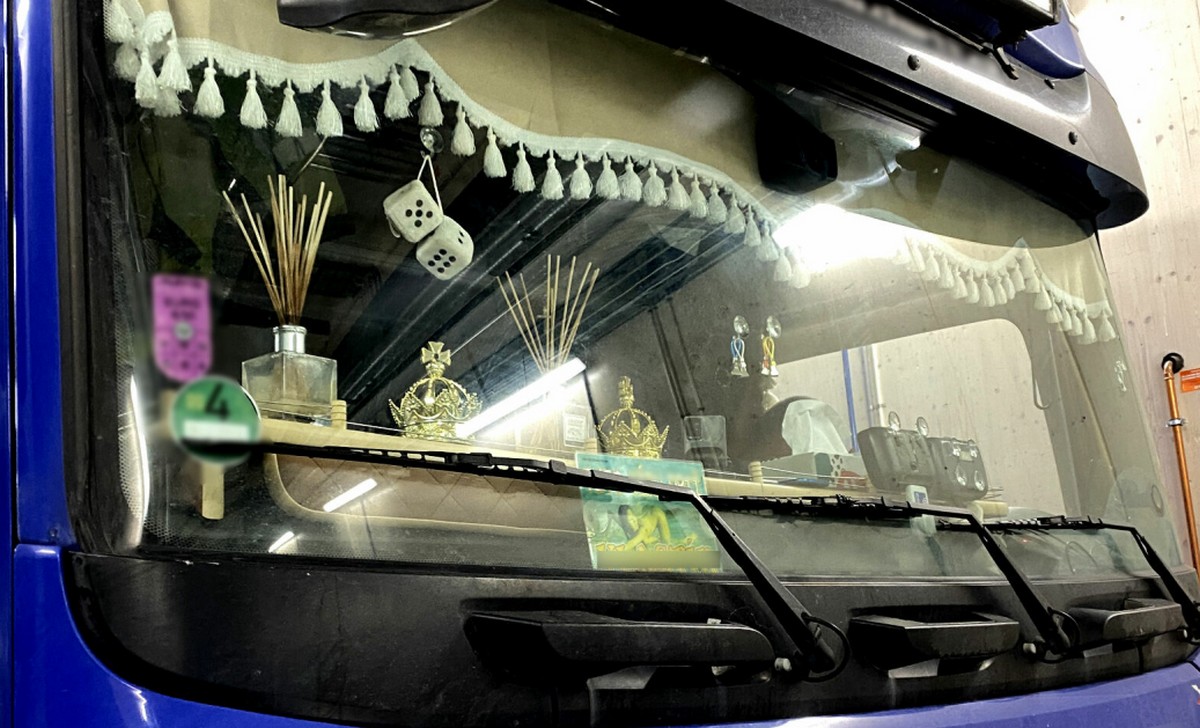 As the image above from the Norwegian Road Administration shows, curtains covered large parts of the windscreen. This prevented the driver from seeing the blind spot mirror on the right side of the window.

The images above and below also show many other items obscuring the driver’s view.

In addition, the image above (right) shows how the driver had modified his seatbelt to make it more comfortable on his stomach.

This, as well as all of the objects obscuring the driver’s view, had to be removed before the truck could hit the road again.

The vehicle had already been stopped by the police in connection with an obscured windscreen. A third offence will see a formal report submitted to the police, writes at.no.