2,000+ truckers fined for not having “outrageous and unnecessary” Kent Access Pemit

Over 2,000 lorry drivers were fined earlier this year for being without a Kent Access Permit, it has emerged. Following a freedom of information request made by the BBC, the Department for Transport confirmed that 2,129 truck drivers were caught without the permit, an offence punishable with a £300 fine. 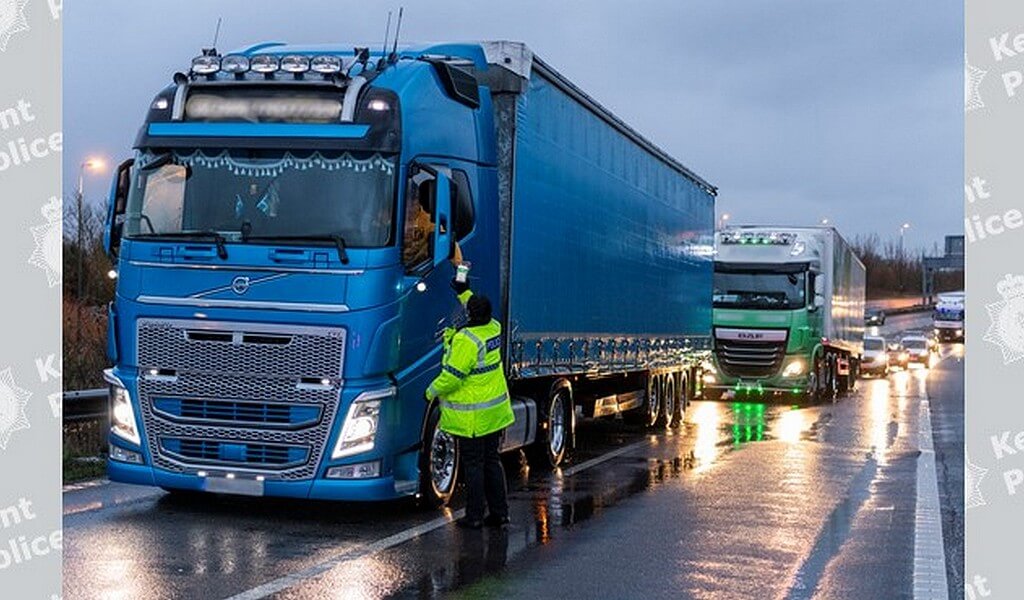 The Kent Access Permit system operated between January 1st and April 20th, which means that around 24 drivers were fined for being without the permit every day.

The system was introduced in order to manage lorry traffic in the county of Kent amid concerns over severe congestion after the end of the Brexit transition period. However, significant levels of congestion in Kent failed to materialise, making the need for a permit unnecessary.

The permit scheme was notoriously unpopular with drivers and hauliers alike. Quoted by the BBC News, Rob Hollyman, director of Youngs Transportation and Logistics, called the Kent Access Permit “outrageous and unnecessary” and said it was “ripping off lorry drivers”.

During an interview with BBC Radio Kent, Hollyman added that it “absolutely scandalous” the system was introduced in the first place and that it was “simply a way of generating money for Kent.”

The funds accumulated from the fines amounts to £638,000.