German police came across a saggy trailer whose bottom was only a few centimetres from the ground. Following the inevitable inspection, the trucker was prevented from continuing his journey and the police confirmed it would investigate the matter further. Meanwhile, just a couple of days later, the same road police department handed out a four-digit fine to another lorry driver for a major breach of drivers' hours rules. 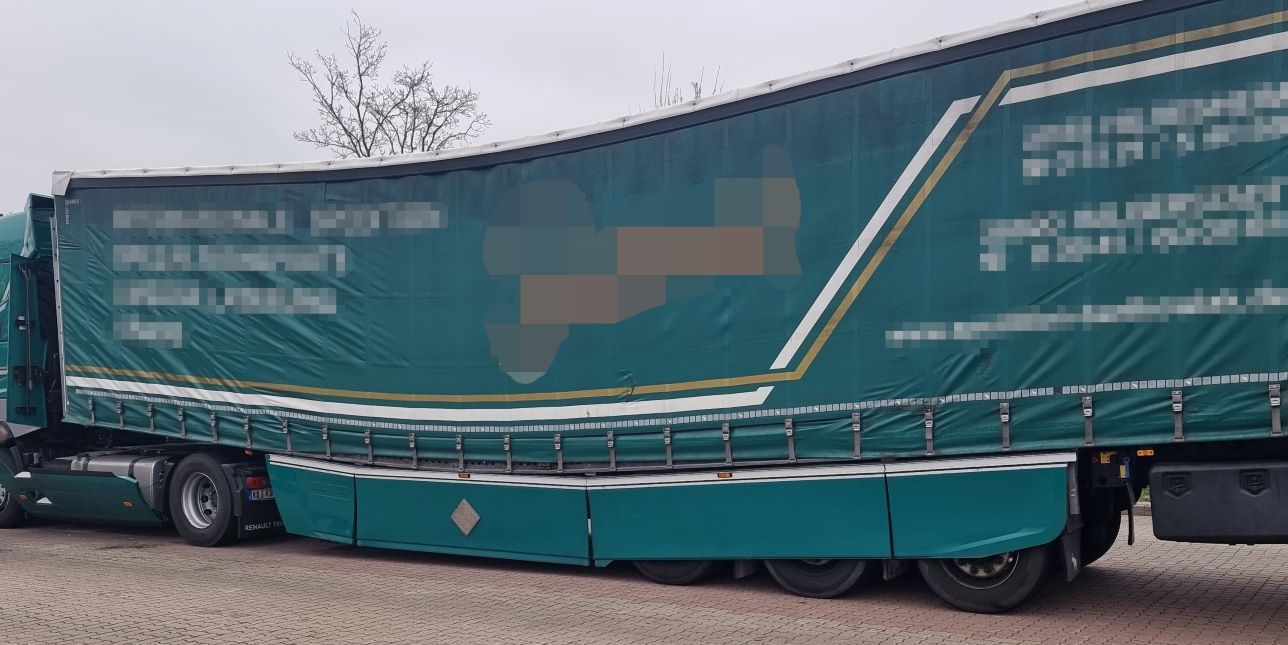 On March 29th, some road users noticed a “conspicuously bent” semitrailer on the A7 motorway and informed the police about it. A patrol then pulled the HGV with serious technical defects out of traffic, states a German police report.

During the following check, the officers found that the lowest point of the semi-trailer was only a few centimetres above the ground. On top of that, massive deformations were found under the transported load in the middle of the frame.

Therefore, the transported machine had to be unloaded by a crane and the driver was forbidden to continue his journey. Moreover, the police declared they would be investigating the matter further.

Trucker drove for more than 18 hours without rest

Just two days later, another truck driver was stopped by the motorway police on the A7 – again, after several calls from other road users. This time, the speed was the problem that drew the attention.

During the check, the officials who stopped the Portuguese semitrailer at the Göttingen-West rest area noted a top speed of 123 km/h on the day of the check and even more, 142 km/h, on the day before. The maximum permissible speed for HGVs is 80 km/h on these roads.

Furthermore, massive violations of the drivers’ hours’ regulations came to light; the 44-year-old driver drove more than 50 per cent of the time without a driver card inserted in the tachograph and the last daily rest period of more than nine hours he held was a week ago.

Since then, he has reduced all the daily rest periods by at least 50 per cent; he had taken his last shortened weekend break eleven days ago and one, he drove for more than 18 hours without a significant break.

Due to the massive violations, the driver was ordered to take a full 45-hour weekend break. In addition, he faces a four-digit fine for various criminal and administrative offences.