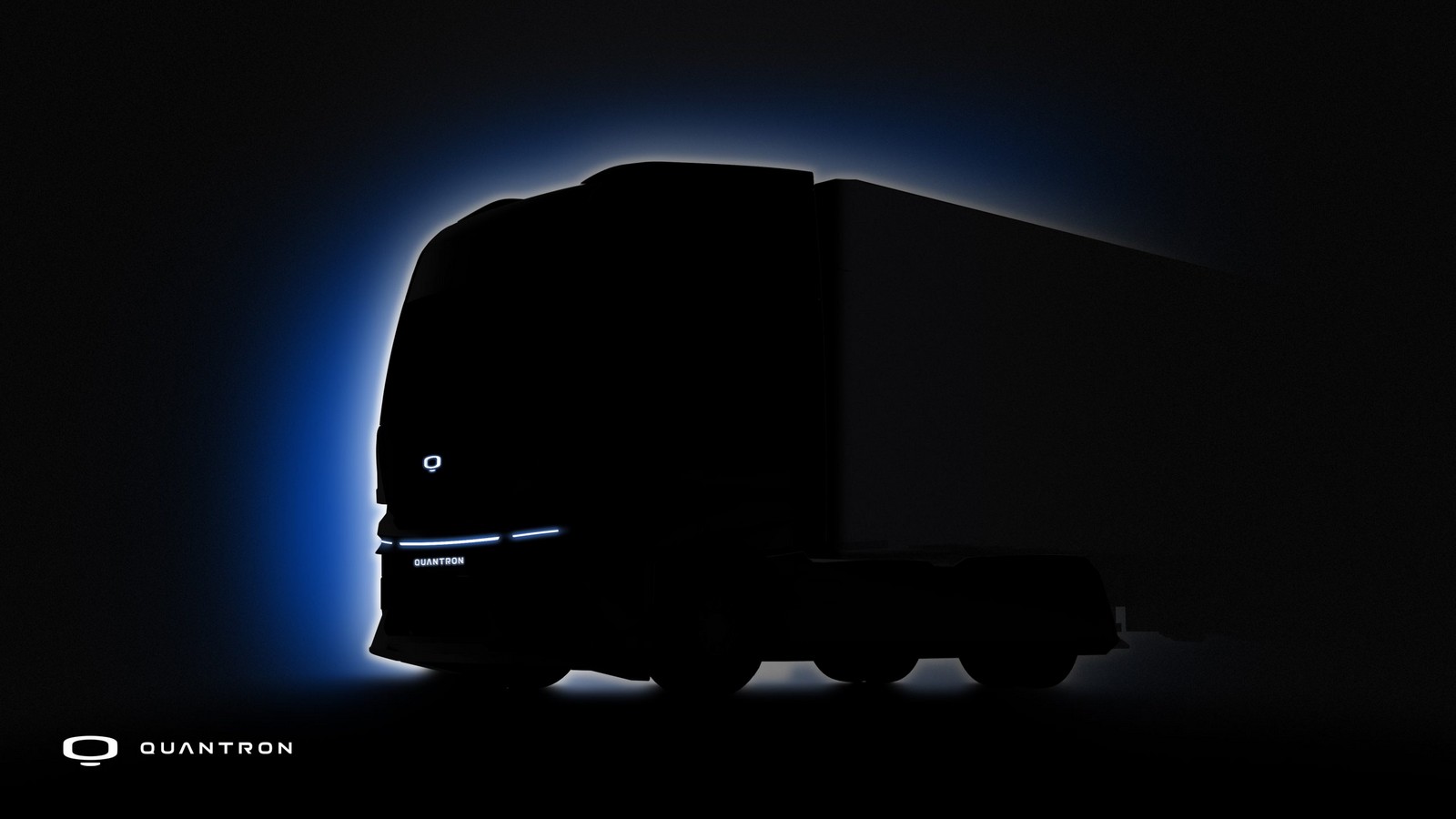 The information about the two vehicles was made by public by Michael Perschke, CEO of Quantron AG, during a press workshop organised by the VDA last week.

The first of the two vehicles is the all-electric QUANTRON QHM BEV 50-392, which is based on the MAN TG3 (TGS & TGX) . Quantron says the vehicle is ideally suited for factory and distribution operations thanks to its low-noise and emission-free drive.

The lorry is available in different configurations as a 4×2 and 6×2. It has a range of up to 350 km with a high-voltage 392 kWh battery and can be charged with power outputs of up to 350 kW.

The first customers for the truck include companies that focus on sustainability and new technologies such as the waste disposal and logistics companies, Ansorge and DORR.

The second vehicle has been billed by Quantron AG as a world first. The truck was developed as part of a strategic partnership with hydrogen expert Ballard Power Systems. It features an integrated E-axle from a global Tier 1 propulsion leader and shall be available from the second quarter of 2023 onwards.

The truck will have a range of up to 700 km and feature a hydrogen tank capacity well exceeding 50 kg of stored H2.

Quantron stresses that both vehicles, along with many other commercial vehicles from Quantron AG, are financially supported and receive incentives in Germany with up to 80% of the additional costs covered through the government programme for the purchase of commercial vehicles with alternative drives. Applications for this can be submitted beginning from 29th June 2022.