DCT Gdańsk, the operator of the largest container terminal complex on the Baltic Sea, has signed a contract for the construction of its third deep-water terminal, T3. The consortium of Budimex S.A. and Dredging International NV will begin work on the project this September. 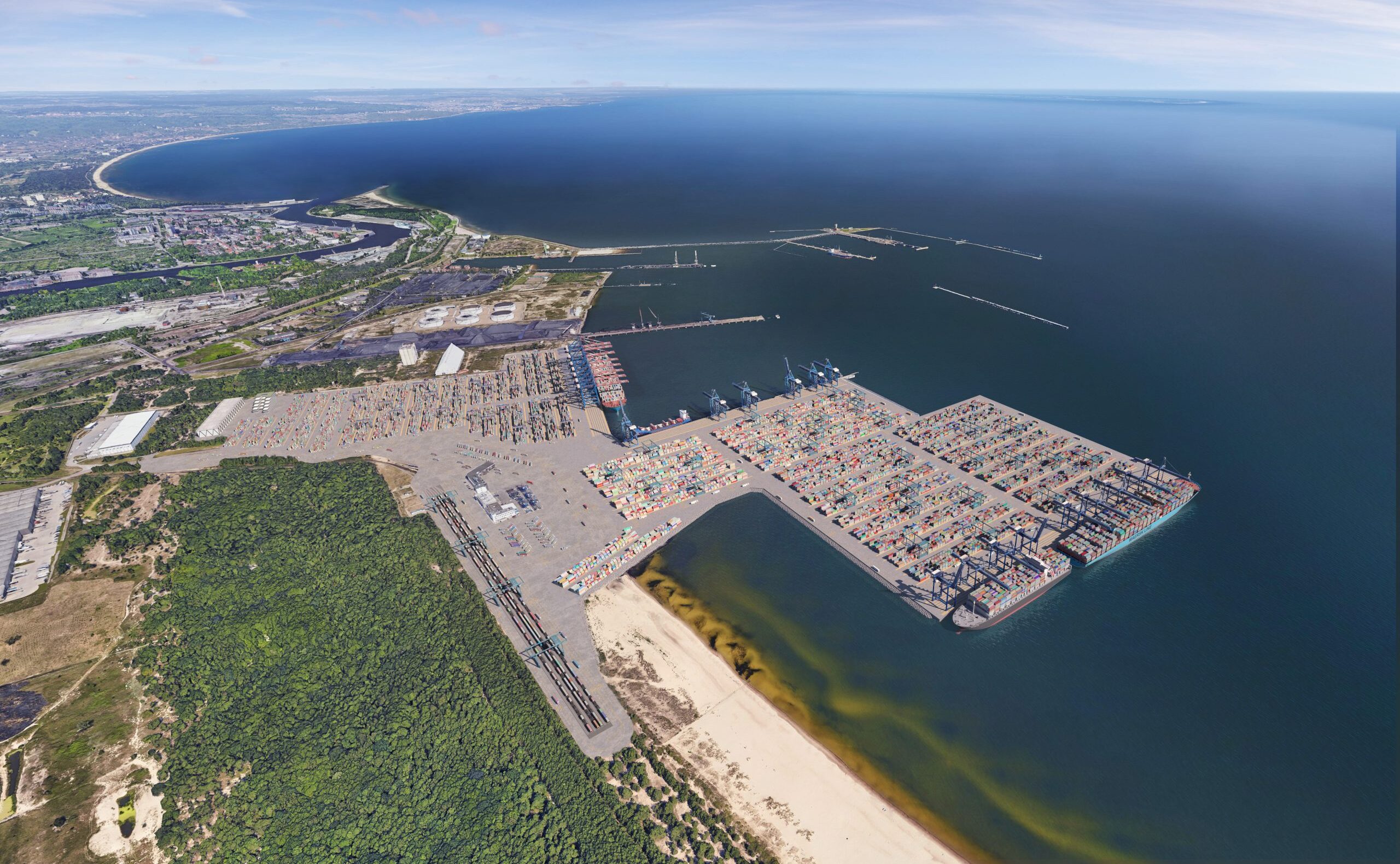 DCT Gdańsk’s T3 project includes a deep-water quay 717m long and 17.5m deep, and a yard area of 36.5ha. In addition, the investment will involve the purchase of 7 new quay cranes capable of handling the world’s largest vessels, and 20 semi-automated Rail Mounted Gantry (RMG) cranes for the container yard.

“When T3 is completed, DCT Gdańsk will be among the largest container terminal hubs in Europe, able to handle the next generation of containerships arriving to the Baltic Sea, reducing sailing distances for feeder vessels, and providing Polish and regional shippers with more connections around the world on efficient services,” reads DCT Gdańsk’s press release.

T3 is scheduled to open for commercial operations by mid 2024, with full completion of the project planned for the second quarter of 2025.

“During construction, we will take all precautionary measures to protect the environment, marine life and habitats in the area influenced by the construction. Once complete, the terminal will be the most advanced of its kind in the Baltic Sea and will reflect our commitment to sustainable investing and operating, with reduced CO2 emissions both from the construction, and the equipment we will deploy for future operations.” said Charles Baker, CEO of DCT Gdańsk.

In its first phase, DCT Gdańsk expects its handling capacity to increase by 1.7 million TEUs (Twenty-foot Equivalent Units) to a total of 4.5 million TEUs per year.

After the completion of T3, DCT Gdańsk argues it will be one of the largest container terminal complexes in Europe, ready to continue to serve and support the Polish economy, CEE and Baltic states and their international commerce markets.

DCT Gdańsk said the investment also means a significant enrichment of the service range available to its customers, and an impetus to attract new services and shipping alliances.

“The launch of the works for T3 will mark the beginning of a new era for container handling in the Baltic region. This pioneering journey began at DCT Gdańsk 15 years ago and we are proud of our achievements to date, and thankful to our customers, staff and all our other stakeholders for the faith and loyalty that they have shown us. T3 is the natural step in our journey to truly become The Baltic Hub,” says Charles Baker.