An owner/driver has received a three-digit fine after police found his trailer was extensively rusted in so many places. After the trailer was taken for a closer inspection, it was decided to send it for scrap as its condition was so poor it was beyond repair. 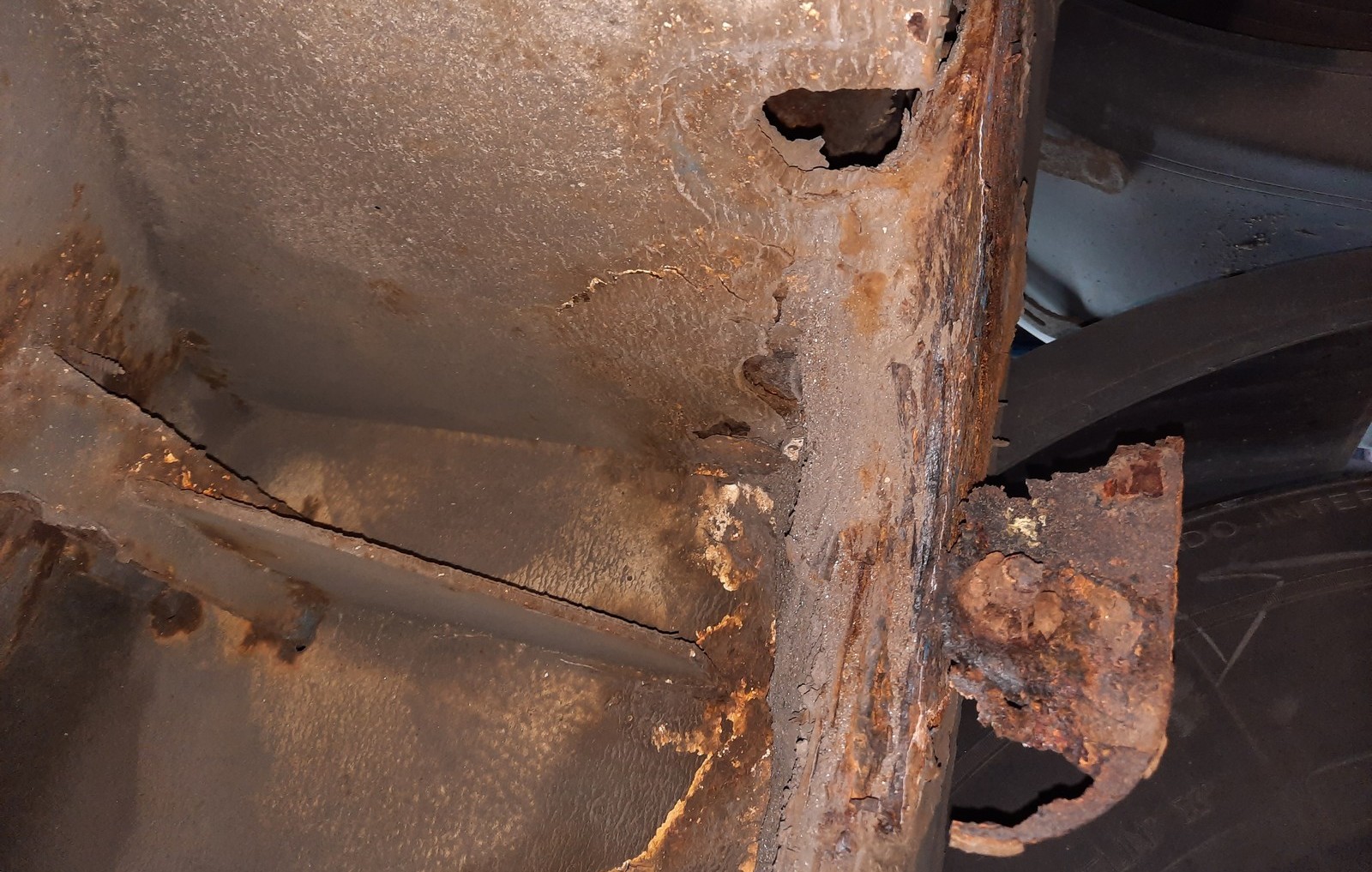 The semi-trailer, which was transporting 15-tons of goods, was discovered last Monday by officers from Flensburg Police Department at the Altholzkrug rest area on the A7.

In its statement about the case, officers said at first look it was evident that the technical condition of the trailer was worse than inadequate. From the outside, rust was clearly visible on all of its corners and edges.

A closer look then revealed that some components were so rusted and worn they were close to cracking.

To decide if the trailer could be saved, it had to be taken to a nearby specialist workshop for evaluation. Severe issues were found with the brakes, while the rear bumper was so rusted it could “have fallen off at any moment”.

The underbody was also rusted through. Moreover, it was deemed impossible to replace the damaged air springs as the mounts were so rusted it wasn’t possible to attach screws.

Such was the state of the trailer, it had to placed on hydraulic support to protect the staff working underneath.

Following the workshop inspection, it was decided that the semi-trailer was beyond repair and must be sent for scrap once its load had been transported to another semi-trailer.

Due to the unroadworthiness of the trailer, its owner was handed a three-digit fine by the police.