A police department from Poland's Mazury lake district has warned that failure to give way at a pedestrian crossing (or commit other driving offences endangering pedestrians) can result in fines of 1,500zł (just under €315). Repeat offences can be punished with fines double that figure. 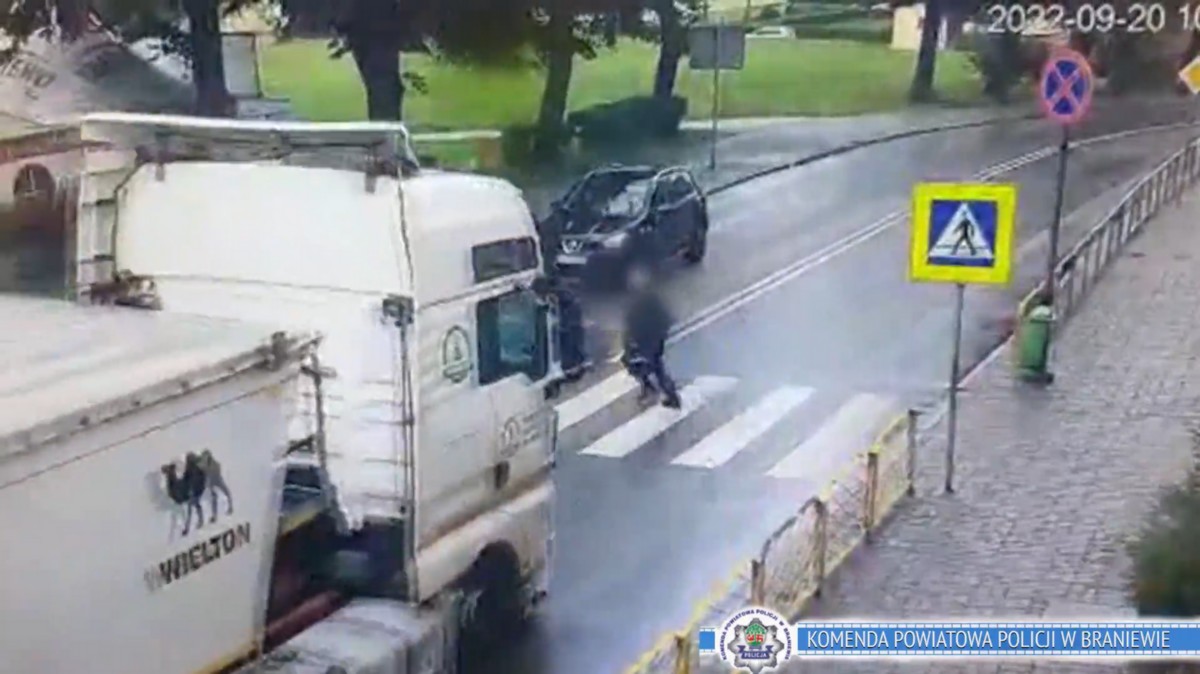 The aforementioned fines can now be issued following new legislation that became active as of September 17th.

The police stress that the measures are purely intended for reasons of safety. However, some motorists commenting on social media believe the fines are merely intended to boost state revenue.

One of the consequences of the changes is a fine of 1,500zł as well as 15 penalty points for dangerous driving in areas with pedestrian crossings.

The police have already provided an example of a truck driver receiving one of the fines.

The incident occured on Gdańsk street in the town of Braniewo and was caught on CCTV. The footage shared by the police shows a pedestrian having to quickly scamper across the crossing to avoid being hit by a fast-moving truck.

The driver continued his journey but was eventually tracked down by the police. He subsequently ended up being fined 1,500zł and handed 15 penalty points.

The CCTV footage of the incident can be seen here on the police department’s official website.