Network Rail has revealed that 1,800 bridges have been struck in the last year, which represents a 12.5% increase on the same annual figure released in November 2021. The most struck bridge in the last 12 months has also been hit on far more occasions than last year's equivalent. 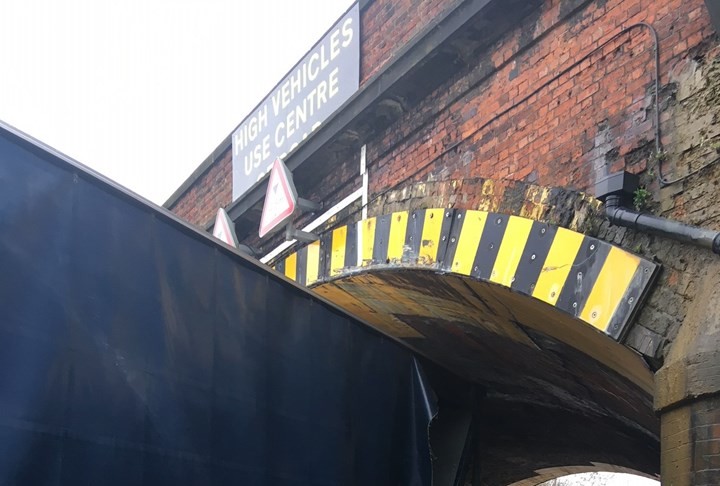 According to Network rail, the most struck bridge over the last year has been Stonea Road bridge in Cambridgeshire. It was struck 33 times in the last 12 months.

By comparison, Coddenham Road bridge in Suffolk, which was the most struck bridge in the last annual report, was hit by lorries on 19 occasions in a 12-month period over 2020-2021.

The other “big hitters” on the latest list include Lower Downs Road in Wimbledon, South West London, and Harlaxton Road bridge, Lincolnshire – struck 18 and 17 times respectively.

These bridge strikes have cost Network Rail almost £12 million in delay and cancellation fees in 2021 and 2022.

The latest figures come as Network Rail launches a new animation as part of its ongoing ‘Wise Up, Size Up’ campaign, reminding lorry drivers and haulage operators to take better care by knowing the height of their vehicles and choosing suitable routes before they head out on journeys.

The retro-inspired cartoon, which can be viewed on the Network Rail website, centres on three high-sided vehicles navigating a low bridge in increasingly wacky ways, from pole-vaulting over it, to tunnelling underneath it. The animation is designed to warn HGV drivers that “life is not like the cartoons and to take a moment to think before taking a risk when approaching low bridges.”

“Bridge bashers cause serious safety issues on the transport network for both road and rail users. Every incident can delay tens of thousands of passengers while we inspect the bridge and repair any damage – creating a huge cost from public funds.

“During this very busy time of year for deliveries, we urge operators and drivers to properly plan their routes, know the height of their vehicles and be vigilant for road signs showing the height of bridges. We will report those who don’t to the Traffic Commissioners, and they risk losing their licenses and livelihoods. Network Rail always looks to recover the entire repair and delay costs from the driver and the operator.”