Manufacturers are working on fully electric trucks that would operate the same way professional lorry drivers do: 4.5 hours on the road and 45-minute rests for recharging. Both Scania and Mercedes Benz have already announced such a concept. The question is though, will lorry parks be ready for such a solution?

Scania’s fully electric trucks with a range of 250 km

The Scania fully electric truck will be offered with either a 165 or 300 kilowatt hour (kWh) battery pack to power its 230 kilowatt (kW) electric motor, which is equivalent to approximately 310 horsepower.

Five batteries are used for 165 kWh, with nine batteries employed for 300 kWh. In the 300kWh format, a range of up to 250 kilometres can be achieved on a single charge.

eActros LongHaul by Mercedes will have a range of 500 kilometres

The Mercedes-Benz eActros LongHaul, a battery-electric truck with a range of about 500 kilometres for energy-efficient transport on plannable long-haul routes, is projected to be ready for series production in 2024.

Many of the long-haul applications in the practical operations of transport companies do not require a range greater than the approximately 500 kilometres that the eActros LongHaul will be able to cover on one charge. In addition, legal requirements regarding truck drivers’ driving times limit the need for longer ranges, depending on the case. In the EU, for example, truck drivers have to take a break of at least 45 minutes at the latest after 4.5 hours of driving” – explained the company.

During this time, thanks to its charging technology, the battery can be charged with a large proportion of the energy needed for the ongoing journey.

According to the International Road Transport Union (IRU), there were only 300,000 available truck parking spaces in the European Union in 2019, a significant 100,000 shortfall of the total demand for overnight parking and regular rests.

Only 7,000, or less than 3%, of the existing parking capacity, are certified and labelled safe and secure across the continent, where an independent check and audit has been undertaken to validate that the parking area has achieved a certain quality level.

In the scope of a study, conducted by the University of Duisburg-Essen in cooperation with the Chamber of Commerce of Lower Saxony, the utilization of the truck parking spaces at a large travel plaza in Duisburg with 100 spaces was examined.

The result: at night and on weekends, the travel plaza is usually full.

Between 15 and 25 additional trucks, whose drivers can not find a regular parking lot, make use of the last square metres of the driveway in order not to have to park on the street, the traffic researchers noted. On average, 10 to 20 additional trucks were parked on the adjacent streets outside the plaza during the study.

The question thus arises: where can the fully electric trucks be charged when the rest period arrives? 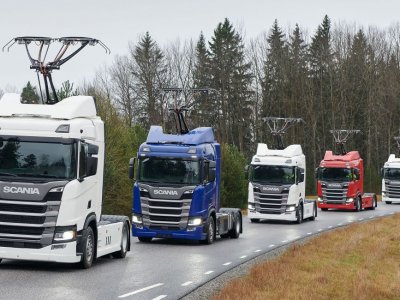 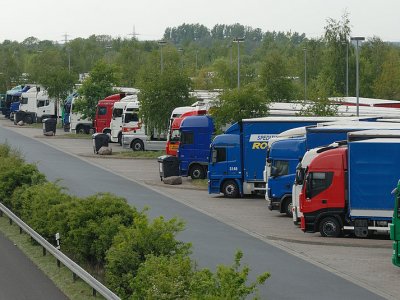