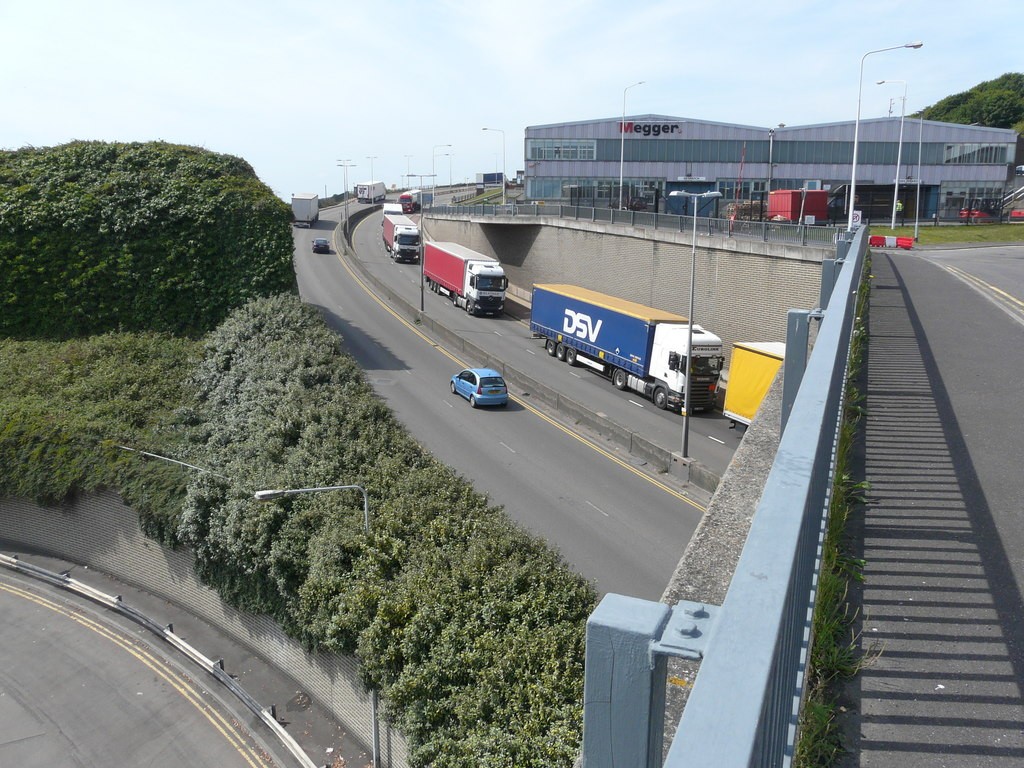 On Tuesday November 3rd, the British Meat Processors Association (BMPA) were the 1st of the four aforementioned organisations to raise the Brexit alarm in the space of the week.

Writing on their website, the BMPA said that most of the UK’s £8.7 billion trade in meat is „about to run into a huge brick wall.”

The issue here, according to the BMPA, has been created by the UK Government’s refusal to prioritise fresh meat products (and indeed most fresh food of any description) through the country’s ports.

Nick Allen, CEO of the British Meat Processors Association, warns that supermarkets in the EU will stop purchasing meat from the UK if shipments are delayed:

“If fresh meat exports do not get priority over products like toasters (which don’t devalue every hour they’re delayed) it will undermine the reputation of British meat and remove a big competitive advantage British meat processors have over other countries, which is the ability to deliver fresh chilled meat to EU customers in a timely manner. If meat exports are delayed, customers will simply start sourcing their meat from elsewhere. So, we are calling on Government to implement a graduated system to prioritise goods for export, with perishable food like sausages and fresh meat given a higher priority”.

Two days later, the Royal Haulage Association (RHA) weighed in on the debate by saying that plans for movement of HGVs across borders after a no-deal Brexit are “bonkers” and “a shambles”.

The comments were made by RHA Police Director Rod McKenzie at a Scottish Parliament committee. McKenzie added that there is a lack of ECMT permits, insufficient information available from the government and concern about „unpleasant” conditions at Brexit lorry parks.

Highlighting the lack of permits in stark terms, McKenzie said that almost 90% of traders would be prevented from trading with Europe:

“This is where we are now, the current default position is that we are effectively stopping the best part of 90% of companies from trading with Europe. It’s bonkers.”

On Friday, the National Audit Office (NAO), which is of course run by the UK Government, also raised concerns about what could happen come January 2021.

In a statement, the NAO said that although progress has been made regarding the implementation of changes required to systems, infrastructure and resources, „significant risks remain”. One of those risks, as the NAO’s statement evidently points out, is the Northern Ireland Protocol:

„The government must continue to focus its efforts on resolving the many outstanding practicalities relating to both the Great Britain and Northern Ireland operating models and developing robust contingency arrangements if these cannot be resolved in time.”

Moreover, the NAO admit that there „will be disruption” and that it is „very unlikely” that all traders will be ready when the UK leaves the Single Market:

It is very unlikely that all traders, industry and third parties will be ready for the end of the transition period, particularly if the EU implements its stated intention of introducing full controls at its border from 1 January 2021. The government recognises that there will be disruption and is putting in place arrangements to monitor issues as they emerge.

The results of a recent survey published by the UK Warehousing Association (UKWA) appear to support the NAO’s findings. The UKWA’s survey reveals that 88% of its members say customers are unprepared for Brexit.

In addition, the survey found that although 78% of UKWA members are aware of the Border Operating Model, only 40% feel they are prepared.

Referring to the survey, UKWA CEO Peter Ward said that most of the logistics industry „has been kept well informed” of the changes set to come into force in the new year. However, he also stated that traders „have not received clear or detailed communication from the government on what to prepare for or how to prepare for it.”

On top of that, Ward warned that a last-minute trade deal between the EU and the UK will still present challenges, which is something that traders need to take into account:

“There is also a widespread sense, fed by the national media, that all will be ‘alright on the night’ if we can just secure a Free Trade Agreement. Our message is – and has been for some time – that deal or no deal, traders in the UK will be in a new operating environment from January 1st regardless. We will be out of the Customs Union and therefore the government’s agreed future Brexit Border Operating Model will be in place, along with new procedures and new IT systems, many of which remain untested. What it will not be, even if we secure a Free Trade Agreement, is ‘business as usual’.”