Not everyone is a fan of London’s new Direct Vision Standard, but similar rules could become established throughout Europe soon if the authorities of 9 major European cities have their way.

Cycling and walking are key pillars of sustainable and healthy transport – even more so during a pandemic, and recovering in its aftermath.

Although trucks only make up 2% of vehicles, they are involved in 15% of fatal collisions. These collisions result in around 3,300 deaths each year in Europe, almost 1,000 of whom are pedestrians, cyclists or motorcyclists, who are frequently invisible to the truck driver due to the vehicle’s design. For every person killed, around five more suffer serious injuries with life-changing consequences.

Trucks are safer when their drivers can directly see pedestrians and cyclists through the truck windows at life size (direct vision), as compared to small, sometimes distorted images in mirrors or cameras. In 2021, national governments are due to pass a direct vision standard for trucks at the UN Economic Commission for Europe (as part of UNECE vehicle regulations). The UNECE direct vision standard is directed to newly-manufactured trucks: from January 2026, it will apply to new trucks that are newly Type Approved, and from January 2029, to all registrations of new trucks.

As cities, we urge you, as national governments, to make your progressive voices heard at UNECE level to make newly-built trucks safer. By mandating national representatives at the UNECE to agree an ambitious direct vision standard for trucks in 2021, governments can greatly improve road safety, particularly for vulnerable road users.

Last Monday, London introduced its own Direct Vision Standard. You can read our guide to the new rules in full here.

The aim of the new rules is to improve road safety and reduce the amount of accidents between trucks, cyclists and pedestrians. However, the standards require HGVs to have extra visibility in the shape of side windows and/or camera systems – both of which entail extra costs for hauliers.

“I am proud that London is leading the way in reducing road danger, with our world-first Direct Vision Standard now in operation 24 hours a day, seven days a week across all the roads in our city. This will not only save lives in London, but also across the UK and all over Europe as many operators have upgraded their fleets to meet our safety requirements. But more can and should be done to make lorries safer across the continent which is why we urge national governments to follow London’s lead and eliminate deadly HGV blindspots by introducing a Direct Vision Standard as soon as possible.”

Ingmar Streese, permanent secretary for the environment at the Berlin Senate Department for the Environment, Transport and Climate Protection, is another city representative who has expressed his support for the further implementation of direct vision standards:

“Berlin aims to enhance the safety of all road users and implemented this goal as “Vision Zero” in the Berlin Mobility Act. To increase traffic safety, especially in urban areas, direct vision of heavy utility vehicles must be improved. Therefore, together with the European city network Eurocities, we call upon governments to ambitiously advocate for improvements during the upcoming revisions of the vehicle regulations by the United Nations Economic Commission for Europe.” 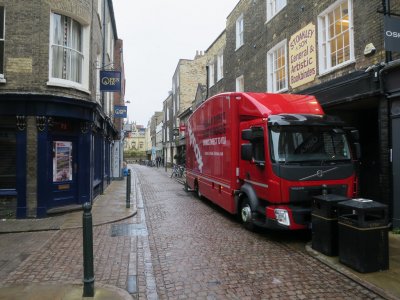 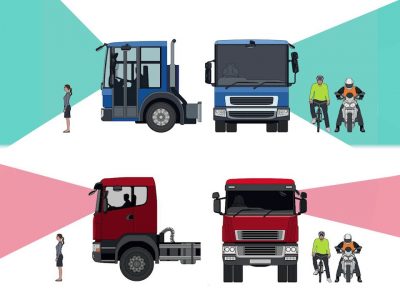 All you need to know about...