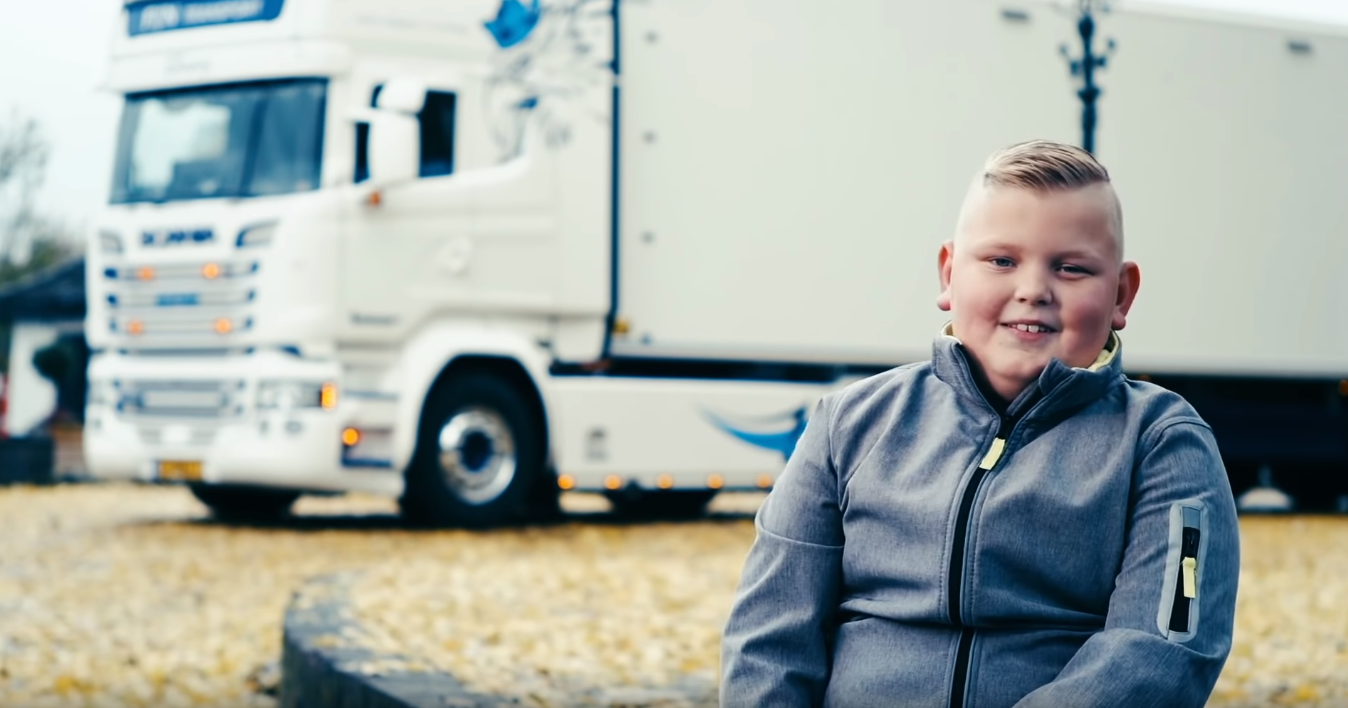 Many boys dream about becoming a truck driver in the future. Nine-year-old Dick Fijn from the Netherlands takes his declaration seriously. The boy loves trucks to such an extent that he decided to record a song dedicated to all truck drivers.

Dick decided to express his love for trucks in the song entitled „Gewoon een trucker”, which in free translation means „Just a trucker”. Dick wanted to show appreciation to all drivers, especially to his uncle Johan, who travels on international routes. It was he who showed the boy that the trucks could be very interesting and fascinating. Dick take every opportunity to accompany his uncle along the way in his spare time.

The song for truckers has become a hit

Musical success of the boy was a big surprise for his parents. Nobody expected his song to be a hit. The song has been played more than 375,000 times on YouTube. The whole family helped the boy to raise the funds needed to make the music video.

We want to give him this opportunity. We do not want to wonder later what would happen if we did not try,” explains the boy’s mom in an interview with the ad.nl portal.

The footage of his Uncle’s truck, Scania V8 is also part of the video. Dick with a smile on his face poses on the background while singing a song. In an interview with the ad.nl portal, the boy admitted that singing in front of a large audience is exciting and does not feel frightening. „I just pretend no one listens to me,” says Dick. However, the boy feels the most comfortable singing in the truck of his uncle.