After the crisis is before the crisis: circumventing a lack of transparency 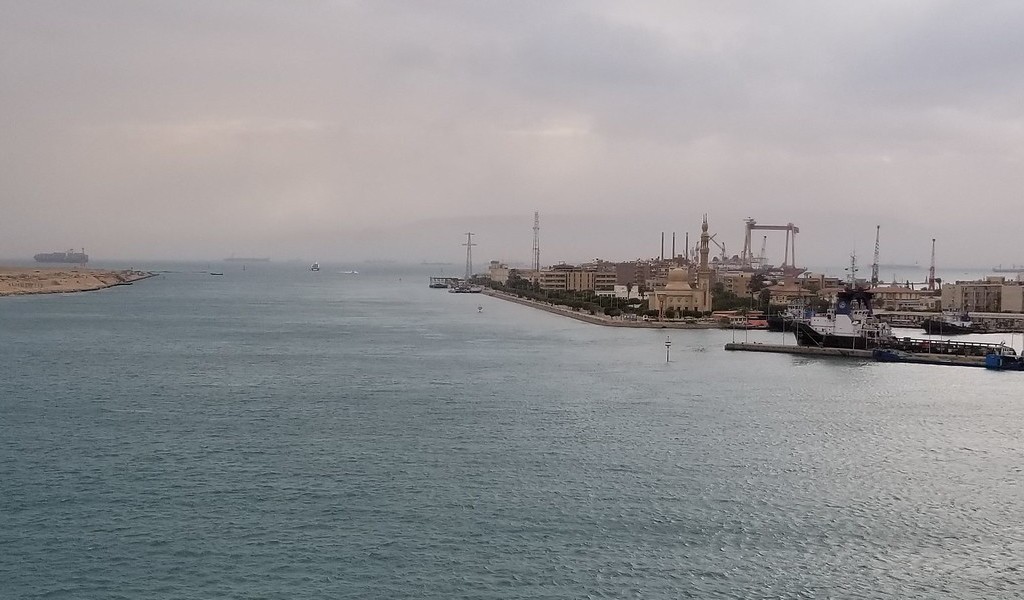 After the Suez Canal was blocked by the 400-metre-long container ship „Ever Given” for just under a week at the end of March, the massive backlogs of nearly 400 ships have already been relieved. The effects of the accident on the most important trade route between Asia and Europe were quickly felt in global trade and are not yet off the table. A look at digitized supply chains shows how the ability to manage transports can be ensured even in such a crisis.

The consequences of the Suez Canal obstruction by a container ship became apparent immediately after its engines were stopped in mid-March. Experts expect the after-effects to last for several months in total. And they hit an economy and its logistics service providers who were already afflicted by the Corona pandemic and its consequences.

This development is hitting for example retailers who offer seasonal goods and items for special sales particularly hard. These classic imported goods require an adherence to certain arrival times since otherwise there is a risk that they will no longer be needed. Retailers must advertise seasonal goods in advance and therefore need accurate arrival time predictions. In this case, a major challenge arises for the logistics warehouses that temporarily store these goods. If products cannot be sold initially, their storage needs to be organized until a decision about their further utilization is made. At the operational level, this amounts to (over)filled warehouses for a period that hardly anyone can quantify precisely.

Europe’s ports, which are still upstream in intercontinental supply chains from Asia, will also experience difficulties due to the agglomeration of ships after the blockade since berths are in limited supply. In addition, expanded storage capacities must be provided. Fortunately, this does not catch the ports unprepared. Consequently, in many cases a renewed congestion can be counteracted through precise organization of the ships to be handled. Nevertheless, during unloading further delays may still arise for one or another ship.

The situation of on-time shipments in Asia, whose schedules have already been torpedoed by the lack of empty containers due to the Corona crisis, further deteriorates. Additionally, delayed goods and raw materials which are urgently needed for industrial production hit the economy. German industry is experiencing supply chain bottlenecks, especially for just-in-time production, such as in the automotive industry. In some cases, even end customers notice that there are delivery problems with everyday goods.

Global trade across the oceans is fluid, both literally and figuratively. Even drastic blockades, such as the recent obstruction in the famous Egyptian canal, do not stop the flow of goods completely. They do, however, postpone arrival times, sometimes significantly. In this case, it was theoretically still possible for ships to bypass the traffic jam.  In practice, this was indeed an option to be weighed up for many freighters. But those ships that were trapped by others waiting could rely solely on the principle of hope for an early resolution of the blockade.

Those who decided to take the alternative route around Africa, which takes around nine days, accepted significantly changed and delayed arrival times. It was important to assess whether the route around the Cape of Good Hope was – in keeping with its name – the more successful option. Or whether maintaining the course should be risked, since such detours naturally cost time and therefore money. A dicey decision: to bet everything on the congestion being cleared as quickly as possible, or to choose a longer route as an ultimately more efficient alternative?

For such a decision-making process, a good basis of facts is fundamentally important. First, this requires the exact data of the ship’s location, but also information on the length of the alternative routes as well as possible alternative transport options for further journey on land. Moreover, it must be considered that the resolution of a backlog requires additional time even after the waterway has been reopened.

Digital solutions and the ability to act

But we are already looking far beyond the case that has recently dominated the media. To be able to act in the next crises, good preparation is needed. The Potsdam-based start-up Synfioo offers digital solutions that bring more transparency to supply chains. Even for sea freight, which can generally be affected by extreme weather conditions on the world’s oceans, the company offers real-time tracking of ships with its track & trace function.

In a crisis, such as that of the obstruction of the Suez Canal, all parties involved in the supply chain can track exactly where the container is at any given time. Based on this live data, decisions can be made quickly as to whether an alternative route should be taken. The ability to accurately track transport status and Synfioo’s precise estimated time of arrival (ETA) predictions enable optimal organization of hinterland transports.

Crises of this kind, such as the one the world followed with great interest during the „Ever Given” scenario, will probably occur again and again. However, for a long time now, we have not been completely powerless in the face of such crises. Those who are well prepared are those who can make quick, data-based decisions even in a crisis and thus retain the ability to act.