Düsseldorf Police have criticised motorists for ignoring a lorry driver on the hard shoulder who had been holding a ‘112' sign out of his cab to request emergency medical attention. The story has also deeply upset a popular German truck blogger, who said he was “ashamed" of society and that the example shows “people are becoming more selfish, xenophobic and narcissistic". 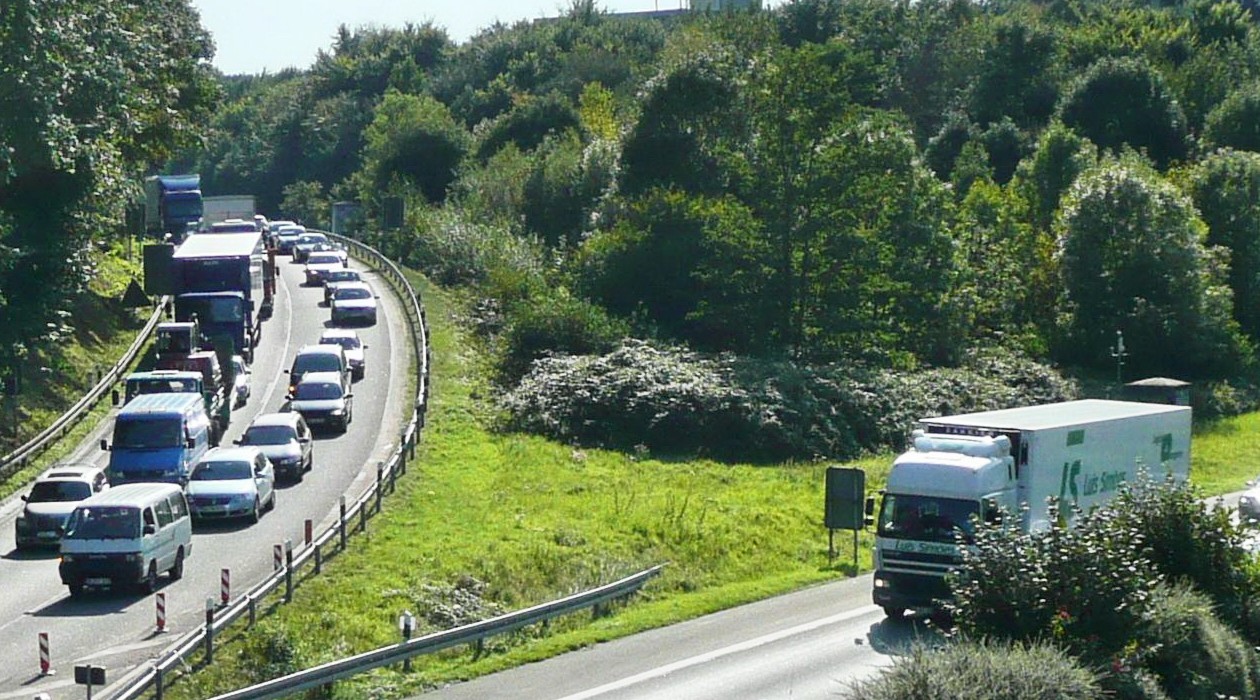 Photo: Marku1988, CC BY 3.0, via Wikimedia Commons (illustrative image of the A40 near where the incident occurred)

According to an an official police statement referred to by numerous German media outlets, on Thursday August 18th, a Romanian lorry driver parked on the hard shoulder of the A40 near Essen-Ost junction due to a medical emergency. He held out a sign from his cab with the digits ‘112′ as a means of urging passing motorists to call the number for emergency services.

It later emerged that despite high volumes of traffic passing by the truck, only 1 person had actually bothered to alert the emergency services about the situation. Besides the police, nobody took the time to pull over and try to help the truck driver on the spot either.

When the police arrived, the driver was in pain and apart from pointing at his stomach, was unable to provide information about his condition. First aid was provided at the scene until an ambulance arrived to take the driver to hospital for treatment.

“Anyone can find themselves in an emergency. First aid or at least dialing the emergency number should be a matter of course for everyone,” said Düsseldorf Police, in a statement criticising motorists who ignored the truck driver’s plea for help.

The news also deeply upset lorry driver and blogger Joerg Schwerdtfeger, who wrote on Facebook that he was “ashamed” by the situation and the lack of concern shown by the public.

“People are becoming more and more selfish, xenophobic and narcissistic! Cohesion, togetherness and teamwork are a long way away if you have to read something like this!”

Many of Schwerdtfeger’s followers are also lorry drivers, and they were equally appalled by the situation.

A retired truck driver from Hövelhof replied to Schwerdtfeger’s post by saying: “Oh my, how low we have sunk! This just makes me sad! Just think about it – we could all be in such a situation and then we would like to be helped too!”

Another driver added: “Hope the truck driver is OK. It’s a shame how these drivers behaved, don’t they actually have a conscience? The man could have died – I am speechless about the level of indifference.”