Brooklyn-based manufacturer Amogy Inc has announced that its ammonia-powered truck, the first in the world, has successfully come through testing. The vehicle is seen as an alternative to conventional hydrogen fuel cells thanks to ammonia's greater energy density compared to hydrogen. 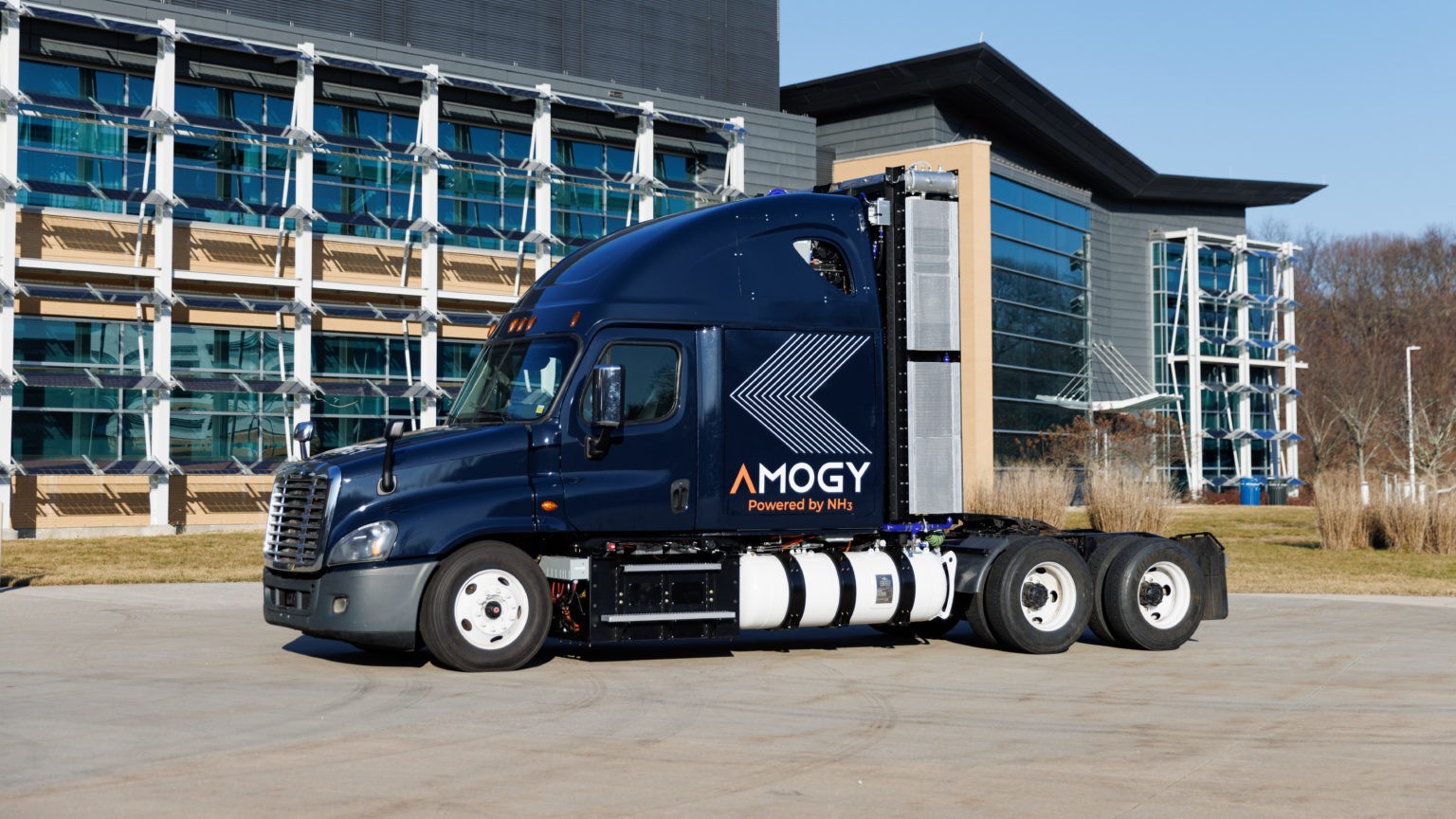 In a press release, Amogy said that the truck was refuelled with ammonia for 8 minutes, which provides the vehicle with 900 kWh of total stored net electric energy. The lorry was then tested for several hours on the campus of Stony Brook University.

Before the end of the month, the unique truck will undergo “full-scale testing” on a test track designed to simulate various real-world operating conditions.

Amogy claims that its proprietary technology enables the on-board cracking of ammonia into hydrogen, which is then sent directly into a fuel cell to power the vehicle.

As liquid ammonia has an energy density that is approximately three times greater than compressed hydrogen, it requires significantly less energy. That in turn makes it more cost-effective to store and transport.

In addition, Amogy argues that ammonia presents a clear path to a zero-carbon fuel value chain across all heavy duty transportation sectors thanks to existing transportation and storage infrastructure.

Some 200 million tons of ammonia are already produced and transported each year, making it an ideal and accessible alternative fuel, the manufacturer says.

“Beyond its incredible energy-density and liquid phase at an ambient temperature, ammonia is an optimal fuel to achieve rapid decarbonization of heavy transportations because it is available globally with existing infrastructure already in place.”

“This achievement not only showcases Amogy’s technology as an accessible and scalable solution for trucking, it also highlights the capabilities and dedication of our outstanding team. First it was an ammonia-powered drone, then a tractor and now a truck. In the near future, we look forward to further scaling and tackling other hard-to-abate sectors, such as global shipping.”

Following the aforementioned track tests, Amogy says its next step will be to continue pursuing strategic partnerships across the global shipping and transportation industries.