Can you drive 270,000 km around the world in three years? The organisers of the “Tatra kolem světa 2” (Tatra around the world 2) action want to find out. Their idea refers directly to the famous Tatra 815 GTC expedition, which took place in the second half of the 80s in the 20th century.

“Tatra kolem světa 2” is a project for which two Czechs are responsible – Petr Holeček and Marek Havlíček and the CzechOverland company. Both main originators have extensive experience in travelling and driving in extreme conditions. The action they are organising will be the largest expedition in the world, in which up to 600 people can participate. How is it possible? As we read on auto.cz, the concept of this action is quite unique. The Tatra will be specially prepared for the expedition and will have additional places reserved for those who will join the expedition at different stages so that they will become part of something unique.

In this way, the organisers want to pay tribute to the first expedition. In 1987, as part of the “Tatra kolem světa” project, a crew of five people drove in a special Tatra 815 GTC truck for as much as 200,000 km in just three years. The participants of that expedition visited 67 countries and travelled across five continents. This year’s expedition is organised to arouse people’s desire to discover and overcome their own borders.

New truck for the crew

The permanent crew during the expedition is to include the driver, cameraman and one or two members of the team. In addition, the team will also include a person who will coordinate the expedition remotely from the Czech Republic. This person will be responsible for marketing and PR activities. The team will travel in a specially designed truck – on the chassis of the Tatra 4×4. Thanks to this, the new design will refer to the original Tatra 815 GTC truck. The vehicle should be completed in autumn this year and then presented during a drive through the Czech Republic and Slovakia.

As we read on auto.cz, the organisers divided the whole expedition into four stages, between which the vehicle will be transported by ship from continent to continent. The participants will visit 68 countries in total. The first stage will last 9 months, during which the team will cover about 70,000 km and travel through 22 countries. The whole journey will start in the Czech Republic.

The second stage will last 5 months. The crew will visit 8 countries and travel about 40,000 km.

The third stage will take 9 months. In this part, the team will have about 80,000 km to cover. The goal is to drive through 10 countries.

The fourth, final stage will also last 9 months and the route will cover 80,000 km in 28 countries. The whole journey around the world will end where it started, in the Czech Republic. 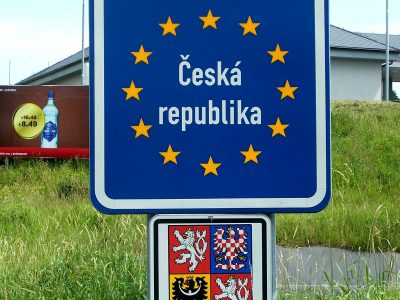 Truck traffic bans in the Czech... 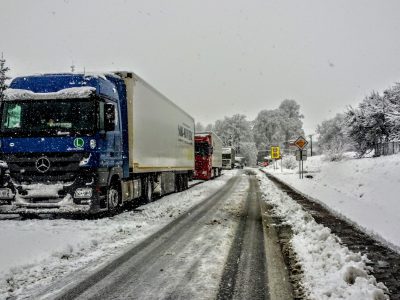 Overtaking in the Czech Republic is...