Twice in my life, I have had a situation that somebody decided not to “let out” my drivers after the unloading. Both of these situations ended with a police intervention, and then with the case in court which we won. Both of these situations took place in Poland when unloading the goods in the supermarkets’ warehouses, where an uneducated manager without any knowledge of the law is a God. Here is the first case study.

Some time ago, I took an assignment from a Hungarian forwarder to transport watermelons from Hungary to Poland, to the central warehouse of a supermarket chain, let’s call it the company X in the city T. The fruit was delivered in a perfect condition. The drivers parked at the ramp (two-driver crew) on Friday evening, as agreed earlier. The truck was unloaded (the drivers did not participate in the unloading; they were not allowed to enter the warehouse). After the unloading was over, upon the staff’s request, their drove away from the ramp, closed the refrigerated truck and went to the office to pick up the CMR document and get a stamp on their pass to leave the company’s premises.

So, it was a huge surprise for them (and then for me) when they were asked to park the vehicle at the ramp again and take the previously unloaded goods. The reason was (warning: funny content ahead) inappropriate size of the watermelons.

Yes, it was funny. But, not for the drivers who, after two weeks on the road and the unloading on Friday, planned to drive with an empty trailer 200 km to get home for the weekend. Unfortunately, it was Friday night, the goods were unloaded and kept for 2 hours in the warehouse to which my drivers did not have an access. Additionally, the calibre of a watermelon is not something that could have changed during transport. And, I did not have the diameter of the fruit indicated in my order. Besides, I could not contact the customer from Hungary before Monday morning. And last but not least, the vehicle was unloaded, the drivers left the ramp, and the goods were kept for 2 hours under the supervision of the unloader in a place to which they did not have an access.

After a long discussion in which the shift manager in the warehouse belonging to the network of supermarkets X tried to persuade me: “according to our contract if we don’t want the goods, the carrier has to take them back immediately”. And I insisted that “Man, you maybe have the contract, but not with me! I don’t have any such clause in my contract (order form)!” Finally, they decided that, because the goods were unloaded and placed in the warehouse, they would enter reservations in the CMR document and let my truck out. However, such a decision required the acceptance of someone from the company’s management from Warsaw. Unfortunately, instead of the acceptance, I received a short phone call: “You will take these f… watermelons back or we will not let your truck and drivers out.”

In this situation, I had no choice. I found the nearest police station. It took a while to explain everything to the officer on duty. However, the result exceeded my wildest expectations. Two police cars with their sirens on appeared at the site. The confined truck was released immediately; none of the guards was willing to argue with the police. The office staff was a little more resistant to issue the documents, but the policewoman asked them to take her to the warehouse and show her the goods in question. After she confirmed that the goods were unloaded and kept in the client’s warehouse, she requested issuing the documents to the carrier. The shift manager was somehow reluctant to do that, but, when she proposed instead a thorough stocktaking with the assistance of the police to check if the goods were there or not, he gave up. After two hours, the truck left the warehouse, unloaded and with all the documents signed.

Attempt to force the carrier to unload the goods himself

Remember that the carrier has no obligations regarding loading and unloading unless it results from the written provision of the transport order accepted. If you do not agree with such condition and you do not have a relevant clause in your transport order, your drivers are not obliged to load or unload the goods. Furthermore, if, despite all of this, you are forced to unload the goods yourself or otherwise the Almighty Warehouse Manager will not accept the goods, you should ask the sender for instructions (pursuant to Article 15 point 1 of the CMR Convention – “Where circumstances prevent delivery of the goods after their arrival at the place designated for delivery, the carrier shall ask the sender for his instructions. (…)”).

If the instruction is (despite the lack of a relevant provision in the transport order) that your drivers should unload the goods themselves, remember to request an additional payment for this service (Article 16 point 1 of the CMR Convention: “The carrier shall be entitled to recover the cost of his request for instructions and any expenses entailed in carrying out such instructions unless such expenses were caused by the wrongful act or neglect of the carrier.”). However, before you decide to instruct your drivers to do so, you should think twice.

It also has to be considered that your drivers may not have sufficient qualifications to unload tonnes of goods. They may not have suitable footwear, occupational health, and safety training or medical certificates. You hired them as drivers rather than forklift truck operators for that matter. In the event there were no prior obligations in the transport order, you have a right to refuse following such an instruction. Do not forget to inform the sender about it and state the reasons for your refusal (e.g. the driver does not have the license for driving forklift trucks)

If you agree to fulfil the request, you take a huge risk. If the driver tips the pallet over by accident while driving the forklift truck out of the trailer, you will be responsible for the damages. If the driver hurts his foot or fingers with a forklift truck, you will be responsible too. In my opinion, it is not worth doing this. They do not want to unload the truck if the driver does not do this himself, while the order does not contain such an obligation? Inform the sender that the recipient does not want to unload the truck and officially notify him about the delay. It is not your problem that somebody has signed a stupid contract with the supermarket.

Often, the recipient would refuse to accept the goods not only due to their quality but also because of a delay in delivery (even a short one, taking several hours). In such a case, the carrier should ask the sender for instructions what to do with the cargo. Usually, the sender either would negotiate with the supermarket (the chances for success are rather low) or designate another place for unloading the goods.

In such situations, I have also, several times, faced the attempt to charge the carrier for the costs of the whole cargo or the difference between the price of the “planned” recipient and the actual selling price to another recipient.

Remember that in case of delay, pursuant to Article 23 point 5 of the CMR Convention: “In the case of delay, if the claimant proves that damage has resulted therefrom the carrier shall pay compensation for such damage not exceeding the carriage charges.”

A higher compensation (exceeding the carriage charges), pursuant to Article 26 of the CMR Convention can be claimed only if:

“1. The sender may, against payment of a surcharge to be agreed upon, fix the amount of a special interest in delivery in the case of loss or damage or of the agreed time-limit being exceeded, by entering such amount in the consignment note.

2. If a declaration of a special interest in delivery has been made, compensation for the additional loss or damage proved may be claimed, up to the total amount of the interest declared, independently of the compensation provided for in articles 23, 24 and 25.“

However, even in such a case (declaration of a special interest in delivery in the case of delay) compensation for the additional loss or damage proved may be claimed. 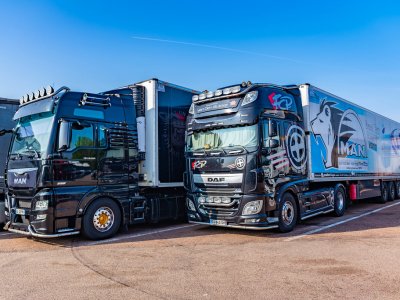 Digital challenges for the European trucking... 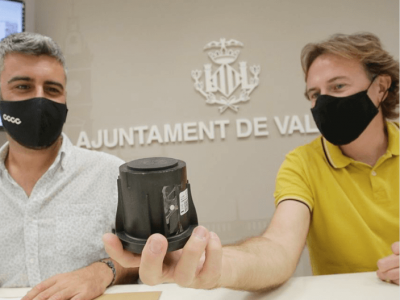 Blog posts are the expression of the author's opinion. The trans.info editors are not responsible for this content.