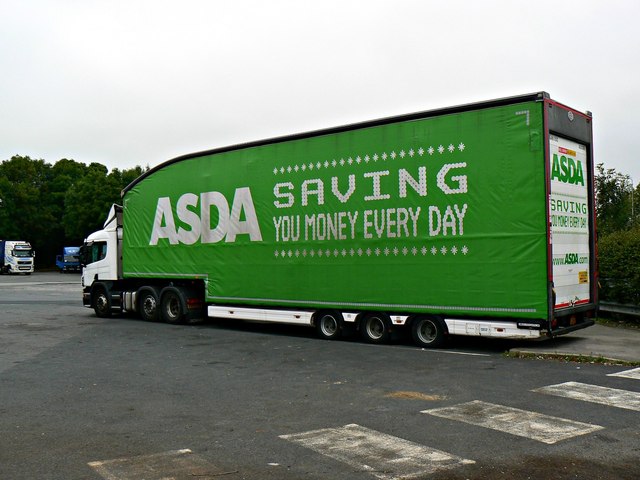 Major UK supermarket chain Asda has written to its suppliers to warn that it is increasing its transport rates by 5% due to rising costs associated with the HGV driver shortage, writes the Grocer.

According to the retail news website, Asda’s suppliers have just one month before the new rates are to apply.

In a letter seen by the Grocer, Asda claims some of its costs have gone up by as much as 12% due to ongoing staff shortages it partially attributes to Brexit.

Asda’s senior director for logistics services, Chris Hall, explained in the letter the role that Brexit had played in rising costs:

“Overall, we have managed to maintain service and get goods to our stores on time. We continue to support all our suppliers on various logistics and transport issues they might encounter. The issues we are facing [are the ones] that you have no doubt encountered yourselves or seen in the national press. Many drivers returned to their country of origin during extended periods of lockdown and restricted travel. The vast majority have not yet returned. The uncertainty of Brexit and future rights to live and work in the UK forced many drivers to do the same. Again, the vast majority have not returned nor are they expected to.”

Hall then goes on to say that Asda needs to recover some of those costs, and believes a 5% increase in transport rates is now necessary.

A spokesman for Asda told the Grocer:

Due to the unprecedented HGV driver shortage, the third party logistics providers that we use to collect goods from suppliers and deliver them to depots have significantly increased their rates in recent months and to date we have absorbed this additional cost. Whilst passing on any costs to suppliers is a last resort, the challenges in the logistics industry remain unresolved and as a result we are looking to work closely with our supply partners to change the rates we provide for this service.

Asda are of course by no means the only major supermarket to increase their transport rates; Tesco and Sainsbury’s have already done so.