Asian star of transport. 21-year-old trucker from Japan wants to be an inspiration for other women 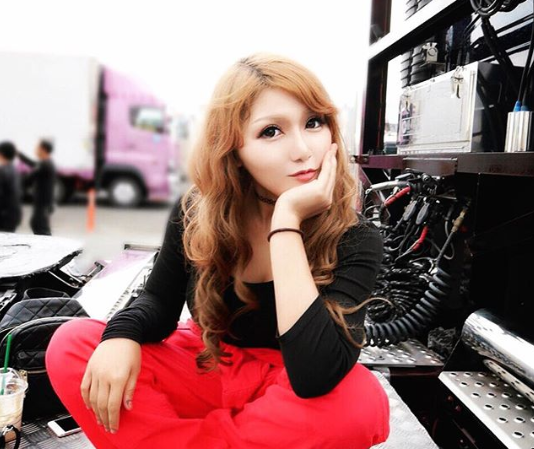 „The most beautiful trucker in the world,” goes the word about the 21-year-old Rino Sasaki from Japan. The girl loves trucks and willingly shares photos of her everyday work in social media. Internet users love it.

The story of this 21-year-old girl was described by odditycentral.com. Rino grew up as the daughter of a professional driver. She never thought seriously about the profession of a driver, but dreamed of becoming a teacher of traditional dance. Fate, however, had a different plan for her. Her father got sick, but he still did not quit his job. Rino could not let her sick dad travel alone. That’s why she decided to go with him. She passed her driving test and since then she has been taking care of her father during long journeys. Rino looks at her father at work, so that every day she learns something new about the job of a trucker.

She loves this job, but she lacks … clothes

Rino drives around 200,000 km per year, transporting fresh fruit and vegetables throughout Japan. She fell in love with this profession. As she says, being a truck driver has only one disadvantage, namely clothes. The girl is quite short and very often cannot find suitable work clothes for herself. Gloves, protective footwear, everything is too big for her. In the future, she would like to change it. The Japanese woman would like to create a collection of clothes dedicated to women working in the transport industry.

Thanks to regular publications, original beauty and unusual occupation, the 21-year-old has become the star of social media. The girl is the most popular Asian trucker, and thousands of Internet users follow her accounts on Instagram, Twitter and Facebook. The girl hopes her popularity will translate into something good. Rino wants to be an inspiration for Japanese women. She wants to show that there they also have a place in this profession.