Over a dozen years ago, hardly anyone imagined that one phone would replace calendars, cameras, computers, and calculators. The world is developing, as is logistics, which is becoming more and more advanced. Are we about to witness a revolutionary change in the coming years? Grzegorz Szenejko, the owner of Go Logis, talks about logistics in the context of the dynamically developing automation.

At which stage automation is used in logistics?

Grzegorz Szenejko: „The first and both intermediate stage of the supply chain are warehouses and distribution centers. Contract logistics has been developing very intensively for several years now, and more and more modern distribution centers are being built all over Poland. At an express speed, bar code readers have been introduced and successfully applied as well as WMS (Warehouse Management System) applications, which inform employees about the exact location of each stored article. Automated forklifts become standard. More and more often, fully automated warehouses are opened, such as Olimp Labs. What separates us from the common unmanned warehouses, is a lack of standardized shipments, the need to pack goods and costs.”

Does this phenomenon concern only warehouses?

Grzegorz Szenejko: „Definitely not. A good example is road transport. Navigations, maps or GPS that help locate the car and optimize its route are widespread. Autonomous cars are already being tested and apparently will not need drivers in the future. We also hear about the implementation of various projects, such as the T-Scale *, which launches one purchasing system for various carriers and customers and ensures, among others, optimization of the cargo space. However, remember how important the human factor is. In our work, relations are still important, i.e. direct contact between the customer and the forwarder. With two clicks we will not be able to solve all problems.”

How does the forwarder find himself in the process of automation?

Grzegorz Szenejko: „The freight forwarder is happy to use automated solutions because they facilitate his work. From simple applications that help to optimize work time, through a range of tools that have been widely available and which bring us into the world of electronic communication, i.e. the Internet, instant messaging, e-mails, omnipresent smartphones that force us to be in touch even after work, or Facebook. Other systems such as ERP (Enterprise Resource Planning) applications are also being developed. Forwarders will integrate them with similar applications from manufacturers while taking into account that each has its purpose, so all at once are on average compatible. Here is the key to success: integration of applications from producers, warehouses, forwarding companies and transport companies, which will automate the circulation of documents.”

Is it not a threat to forwarder’s profession? Automation might cause them to run out of business.

Grzegorz Szenejko: „On the contrary. Over the next decade or two, we will probably take next small steps towards the use of machines and software, but it will not be possible to leave the machines unattended so quickly. Today, we are at the stage when price decides about the competitiveness of the forwarding company. But in the near future, you will have to be effective first of all. As freight forwarders, we will have to learn how to shorten communication chains, for example by automatically transferring information between applications. We will focus on route optimization and elimination of empty runs, including logistics centers. We also have a lot to do when it comes to the optimal use of the load space, which, on average, we use a little more than 50% on average. This will be a challenge for forwarders and believe me, they will have a lot on their plate!”

However, it is worth remembering that most entrepreneurs use a calculator and invest in economically viable solutions. We are a generation away from full automation. In my opinion, it will be a natural process that will replace people when they run out of production processes. Nothing terrible will happen, the economy will not break down, and there will be more and more work for forwarders.

Let’s get creative and let’s move into the future. How can the forwarder’s job look like in a dozen years in the face of these changes?

Grzegorz Szenejko: „It seems to be just easier. The standard will be direct communication between the management applications of the forwarder/carrier. But there is still a long way to go. The usual application for the carrier costs from several thousand euro, dedicated ERP is the cost of hundreds of thousands. Not everyone is willing to spend that amount, and not everyone can turn it into profit. Such expenditure must be economically viable. There is still no single standard for such applications, so the correct synchronization of ERPs between the producer, warehouse, shipper, and carrier is a long way.

Sending orders with one click, software optimization of the cargo space, standardization of packaging from various manufacturers will be the order of the day. Let’s not forget, however, that the forwarder is a specialist. Probably there will be less communication between forwarders and their clients which I deeply regret … business relations are extremely important. If we stop meeting and talking, the relationships will cease to be meaningful. It all depends on the new generation and the way of communication. It is possible that forwarders of the future will click more than talk, confirm more (forecasts in forwarding applications, etc.) than plan. In this field, however, the human factor will still be very difficult to replace. Someone has to supervise these magical vending machines. Likewise, there is no reason to expect that drivers will suddenly become unnecessary and the problem of the lack of tens of thousands of drivers on the European market will disappear because there will be automatic cars. It is also important that none of these processes will be sudden … So we will have time to get used to and prepare.” 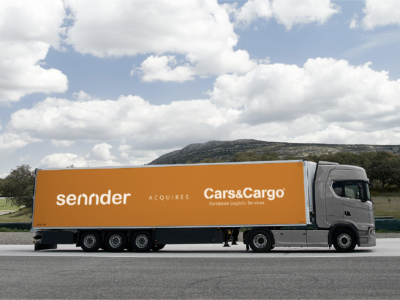 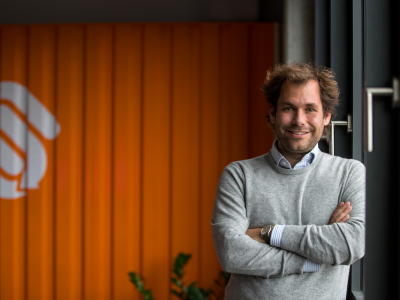