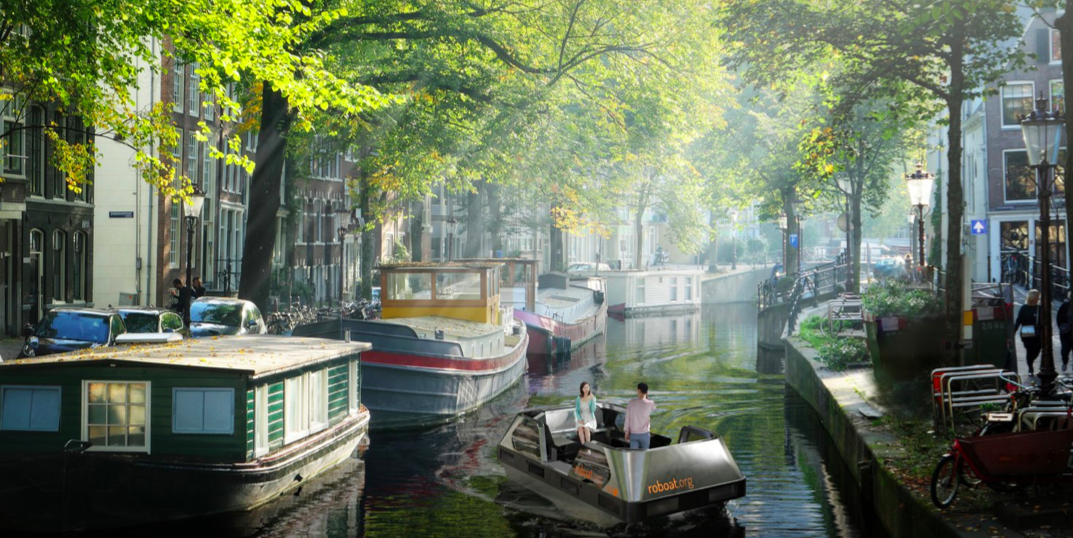 An autonomous boat intended for transporting goods and people, as well as for collecting waste, will be tested around Marineterrein in the Dutch capital in the coming months.

Autonomous boats will relieve the city centre of Amsterdam of traffic on quays and bridges, claim the creators of the ‘Roboat’ research project from the Massachusetts Institute of Technology (MIT) and the Amsterdam Institute for Advanced Metropolitan Solutions (AMS Institute).

Previously, scientists from Massachusetts and Amsterdam had developed smaller boat prototypes, but now they will be testing the larger Roboat II model, which measures 2 by 4 metres.

Its relatively small size makes the boat well suited for use in an urban environment,” said Carlo Ratti, Principal Researcher of the Roboat project, in a statement by the AMS Institute.

The vessel consists of a hull that forms the base of the boat, designed with different upper decks that can be used for many applications including the transport of goods or people and even refuse collection.  On top of that, the ‘Roboat’ can also be used as a platform and bridge.

We’re developing fleets of Roboats that can deliver people and goods, and connect with other Roboats to form a range of autonomous platforms to enable water activities.”

The boat is equipped with sensors, lasers, navigation and cameras. This allows it to scan the canals, bypass obstacles and determine the optimal route. When Roboat encounters an object in water, it determines whether it is stationary or moving and measures the distance to it. Then the boat calculates the best manoeuvre to avoid the obstacle, explain its designers.

In addition, the autonomous boat learns and develops on its own, based on all the experience it gains while on the water. That is why the boat algorithms are coping better and better with the new obstacles encountered on the waterway over time. At the moment, Roboat can be used for nine hours straight.