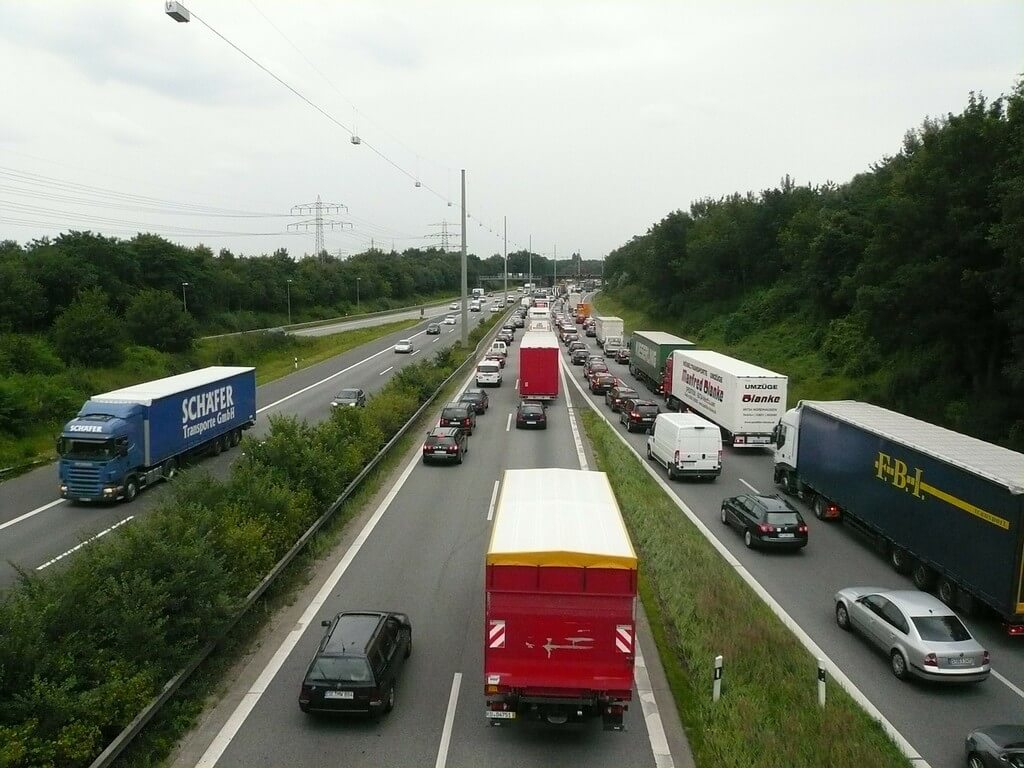 In an angry open letter sent to eurotransport.de, the managing director of Bay Logistik has called for Germany’s politicians to act to save the country’s road transport industry.

In the letter, Michael Schaaf attacks his foreign competitors by saying they offer paltry wages and repeatedly break regulations.

Schaaf argues that his company simply can’t compete while it offers decent wages to its drivers. He claims that even if he paid minimum wage, his labour costs would still be noticeably higher than his competitors from central and eastern Europe.

The Bay Logistik managing director holds no punches in the letter, and even had time for a rant about Angela Merkel meeting Greta Turnberg before he signed off.

Does he have a genuine point? Or is he simply bitter about losing business to more cost-efficient rivals? Please let us know your thoughts in the comments.

You can read a quick translation of the letter below:

“When will we wake up? Do we really still want a German transport industry?

Recently I was on the A61, and again, as I do very often, I looked at the license plates of the trucks and repeatedly shook my head. Dear all the politicians out there, we no longer have the situation under control. The German transport industry is massively neglected! When I see that approximately 80 percent of the license plates on German roads are foreign, I ask myself why we actually have a minimum wage law, cabotage regulations and labour laws for drivers, if one way or another no one adequately and consistently checks compliance with these regulations.

We have opened the borders and allowed Eastern European transport companies from Poland, Romania and Lithuania, among others, who offer extremely low driver wages, to displace and consequently destroy the German transport industry. It is the same in other Western European countries, but the clients there at least have a certain patriotism towards their compatriots.

At the turn of the year 2019/2020, we lost an extremely large amount of volumes with a large customer. Why? Quite simply: We were 20 percent too expensive! We tried hard and explored every possible option to maintain our volumes, but at 20 percent below cost price it really doesn’t make sense.

We have subsequently started to work out the assumed costs of the Eastern European transport companies via some some calculations. It was noticeable that it was actually only the driver’s personnel costs that were the main factor, because the remaining cost components for the truck are largely comparable in relation to each other. And the result was clearly 22 to 25 percent below our costs. Even if we only calculated according to the German minimum wage, we would only be seven percent cheaper than we are now.

As a result, we have lost considerable loads – both loads in national traffic as well as loads that we have previously handled ecologically and economically with our containers intermodally. This is an example of how Eastern European entrepreneurs are forcing us out of the market – regardless of their losses or compliance with German and European laws. Is that the will of the politicians? Why is there no limit here? Because we already know and see the consequences in the market: the customers are the beneficiaries and of course take the benefits with them, regardless of whether the significantly cheaper transport company violates the law.

The politicians and the BAG control authority have allowed the German transport industry to be gradually dismantled. Furthermore, we let our automotive industry – a key industry – be ruined. German environmental development is leading the way. But what else do we have in Germany? Raw materials: none, automotive industry: soon none. Affordable electricity: nonexistent. This list can certainly go much further. Therefore, I call for rapid political support for the German transport industry. We can only survive through fair competition on an equal basis (driver wages).

How should we get drivers if they are too expensive in one way or another in relation to the Eastern European competition? Good drivers also want good pay, and life in Germany is more expensive than in Eastern Europe.

What has to happen? Quick political action. The corona crisis shows us that this is possible. Rules and laws are passed every hour. When will we wake up and realize that Germany is dismantling and weakening itself?

Who are we? Politicians simply do not understand that the German economy also needs support and that the German industries must be supported – or should I say protected. Unfortunately, all of us who are affected by this are so preoccupied with ourselves that we do not get up and speak up.

When I think about the fact that our Chancellor takes 90 minutes for an audience with Greta Thunberg but only two minutes in a recorded stream for business, then something is wrong. The alienation between politics and business is thus clear and visible.

Dear politicians: just think about who pays your salaries! And to top it off, Germany is the only country to introduce a CO2 tax, which in turn weakens its own companies based in Germany through worsened competitive conditions.

I only want fair conditions. We cannot employ drivers below the minimum wage in Germany. And if drivers choose us, then we have to pay them significantly higher than the minimum wage.

I would therefore like to appeal to all those affected and to the drivers: Stand up and stand up for us! „