Thanks to a tie-up between brewing giant AB InBev and Brussels-based biofuels firm Alcogroup, alcohol removed in the process of creating alcohol-free beer is now being used to make biofuel. 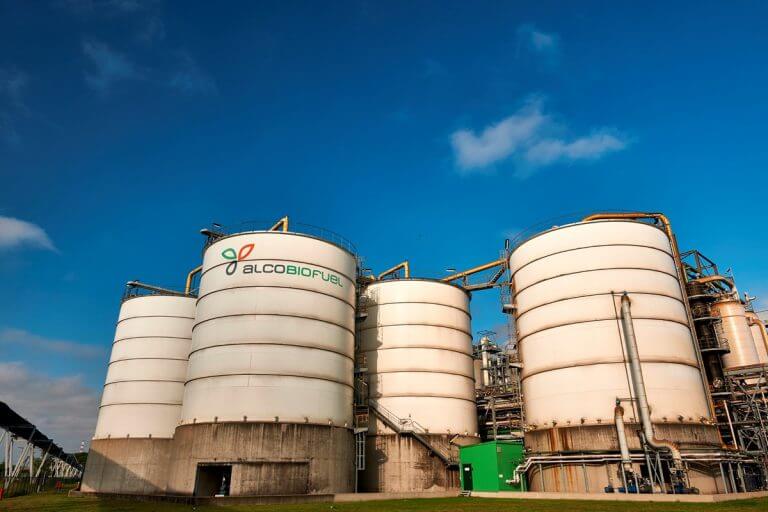 The unusual cooperation was detailed in a recent Belgian media report, and comes as the world’s big brewers are producing more 0% beer to meet growing market demand.

“At first, we interrupted the fermentation of the beer just before it produced alcohol, but frankly the result was not very satisfactory – it didn’t taste like beer. We then chose to leave the process to take place a the end.  We obtain a real beer but we then submit it to a process which consists of removing its alcohol content. We pass the alcoholic beer through a stainless steel column into which we inject steam under pressure. This vapor contains the ethanol and the beer that emerges is 0%.The alcohol that’s collected is then condensed and stored in an external silo where it is cooled. It is then available for other uses that no longer fall under of the craft of brewing.”

Marchant added that Ab Inbev “hate to produce waste” and that the company is now sending a tanker truck full of ethanol every day that’s turned into biofuel.

Georges-Albert Peers , Managing Director of Alcogroup SA, told RTBF that the ethanol it receives from AB Inbev is too low in alcohol percentage, but this can be rectified and biofuel can still be made from it.

At this moment in time, the biofuel is something of a niche and not much of it is produced. However, Mr Peers says that both AB InBev and Heineken are supplying Alcogroup with ethanol, and going by the growth in the popularity of non-alcoholic beers, the volume of ethanol it receives will likely increase.

“It’s an operation where everyone wins. Consumers can drink a beer that does not prevent them from driving afterwards, the brewers value the waste by transforming it into a resource, and we produce a fuel that does not use oil and therefore has a low CO2 emission rate, all while reducing distances since Leuven, Ghent and Antwerp are where the tankers are located for the supply of biofuels. In short, it’s all good for the planet,” says Peers.

Once the biofuel is produced, it can then be added to mix of fuel available at petrol stations. For example, E-10 fuel can contain up to 10% biofuel.

This means that in theory, motorists and HGV drivers in Belgium could be tanking up their vehicles with some of the alcohol removed from 0% beers.