Belgium's Kilometer Charge road toll for lorries, which applies in three of the country's regions, generated €822.4 million between 1 April 2021 and 31 March 2022. The figure comes from payment operator Viapass' annual report for 2021 and represents an 8.8% rise on the €755.7 million raised during the previous operating year. The operator also sees a clear shift in the weight class of lorries towards heavier vehicles. 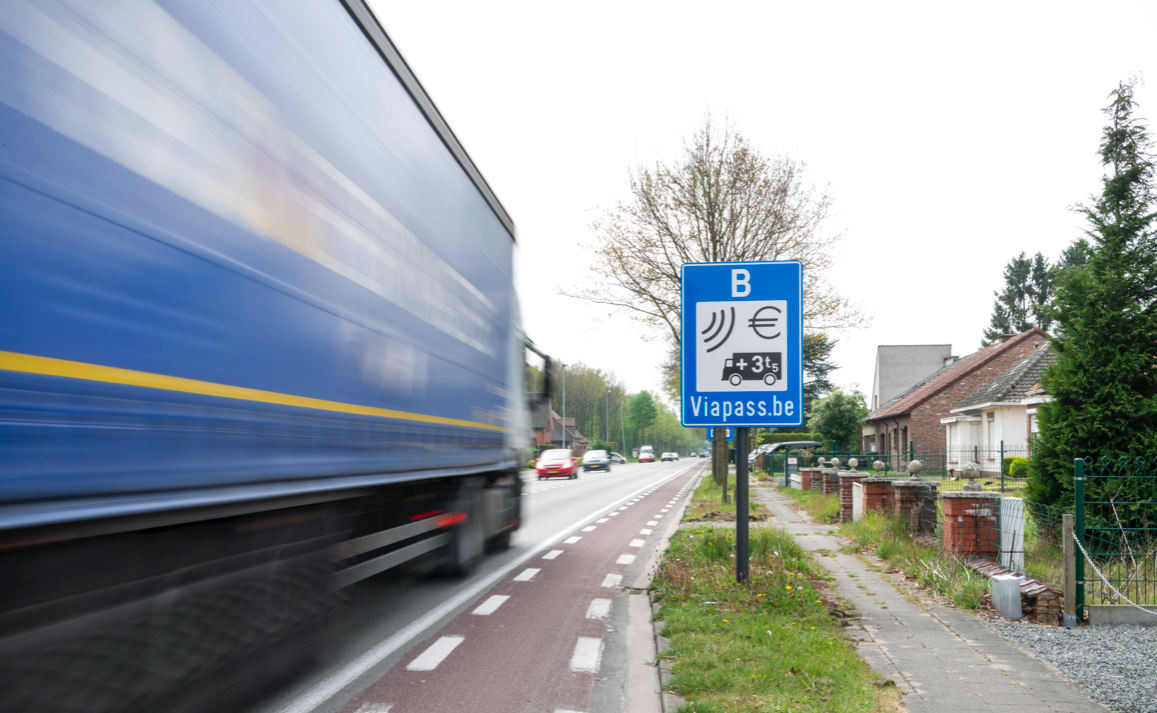 According to the figures, the proportion of toll kilometres travelled by HGVs in the two cleanest emission categories, Euro 6 and Euro 5, rose further from 95 to 96.6%.

The revenues from the Kilometer Charge for the three regions in Belgium have increased year on year, as shown in the table below.

In the sixth year of the Kilometer Charge, foreign trucks accounted for 53% of the kilometres driven by trucks on paying toll roads in the three regions, the report revealed.

“The Kilometer Charge paid by Belgian and foreign trucks goes to the Flemish, Walloon and Brussels Capital Regions based on the number of kilometres driven on the paying toll roads in their regions,” explains Johan Schoups of Viapass. “With these revenues, the regions can invest in infrastructure and mobility solutions, as described in detail in our new annual report. The revenues can also be invested in training for truck drivers and initiatives to improve their working conditions, such as better motorway parking areas.”

Shift in the weight class of trucks

Lorries pay per kilometre driven on toll roads. This amount depends on three factors: the region where the road is located, the gross vehicle weight (GVW) and the Euro emission standard of the vehicle. The toll applies to three GVW categories and seven Euro standards. The higher the Euro standard of the HGV and the lower its GVW is, the lower the tariff for driven kilometres has to be paid.

“It is clear that the more favourable rate for ‘green’ trucks in the Kilometre Charge is a co-determining factor in the purchase of a more environmentally friendly truck,” states Johan Schoups. “Only 3.4% of toll kilometres are driven by trucks that do not fit in the two cleanest emission categories, Euro 6 and Euro 5. We are also seeing a shift in the weight class of trucks. The share of the highest class, with an GVW of over 32 tonnes, has risen from 87% last year to 91% today. Greener transport and more efficient use of the means of transport were two well-defined objectives the designers of the Kilometer Charge had in mind at the outset. They have clearly succeeded in doing so.”

Nearly all the HGVs comply with the toll-paying requirement

Of all the lorries subject to the Kilometer Charge in Belgium, over 99.25% are fully in compliance with the regulations.

“The remaining minimal number is not necessarily a malicious offender,” says Johan Schoups. “For example, 0.15 percent are non-compliant because of an On Board Unit (OBU) with an inadequate means of payment, such as a credit card limit exceeded, a technical defect or an expired card. In 0.6 percent of the trucks, the monitoring equipment does not detect an OBU. It is then possible that the driver had forgotten to switch on the OBU or does not have one on board. Viapass continues to warn that the system sees everything and that the OBU must be switched on on all the roads in the three regions of Belgium.”

Those who do not comply with the rules will be fined. Depending on the gravity of the offence, there is a fine ranging from a minimum of 100 to a maximum of €1,000 in cases of manifest fraud.

On average, a truck is checked three times a day. This amounts to more than 8 million checks per month. The controls are carried out by 39 camera portals, 22 mobile cameras and 38 control vehicles and motorbikes in the three regions.