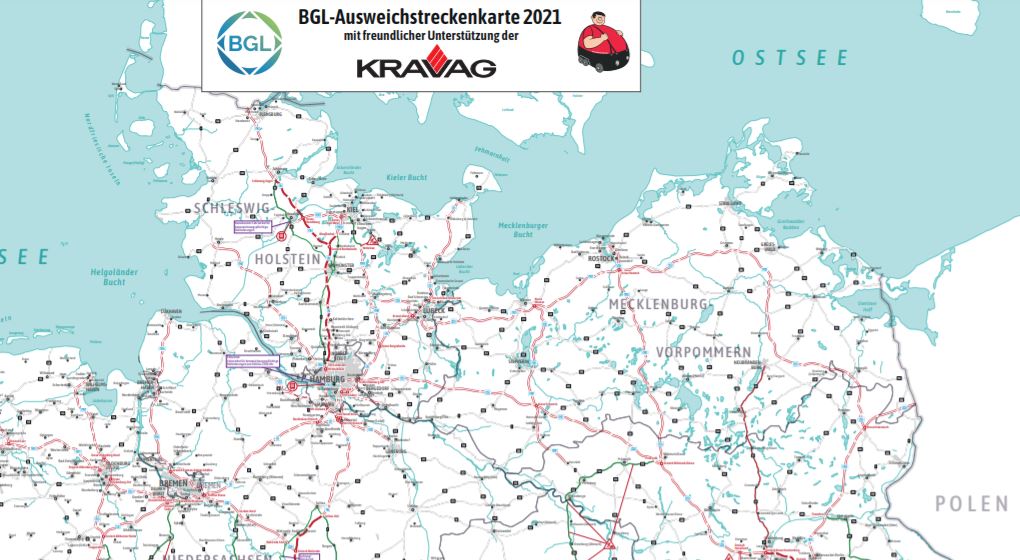 In July and August every year, there are driving bans on certain German motorway sections and federal highways for trucks with a gross vehicle weight of 7.5 tonnes or more. In order to help find alternative routes, the BGL provides a handy map for truckers and hauliers that’s updated on an annual basis.

According to the BGL, who have made the map, the Coronavirus crisis meant that it was not foreseeable whether or not the Holiday Truck Bans would be suspended again. Therefore, the organisation decided to issue a digital version of its alternative route map for the first time.

The digital map is designed as a vector graphic and is therefore freely scalable and suitable for use on mobile devices; the map has also been made available free of charge.

In addition, the digital version of the BGL alternative route map contains the driving bans according to the Holiday Travel Ordinance alongside the alternative routes agreed with the responsible road traffic authorities.

You can download the BGL alternative route map here.