The British Meat Processors Association Chief Executive fears that a high-import economy could be on the way, negatively impacting the UK's food security and lengthening its food supply chains. 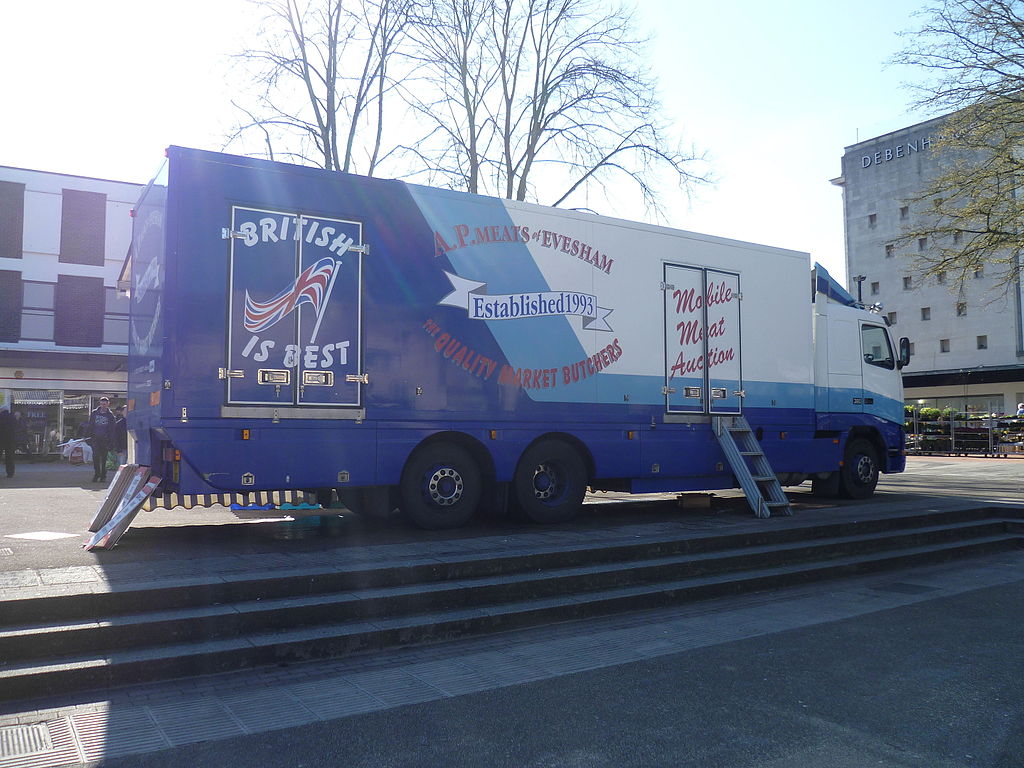 The UK’s highly-reported labour shortages have made headline news in the country in recent months, whether it be a lack of lorry drivers or staff in farms or meat processing plants.

All of this has had an impact on supply chains, prompting company bosses and industry bodies from multiple sectors to call for a visa scheme to be introduced. However, the UK Government has refused to budge on the issue, and maintains that businesses ought to make their vacancies attractive to British workers.

Amid these developments, some commentators have even said that the labour shortages are no problem. The Daily Telegraph’s Matthew Lynn, for example, has suggested that the UK should simply downscale its meat industry and import beef and chicken from countries like Brazil and Poland instead. As he puts it, “it makes more sense to take the work to the people than to move the people to the work.” The UK could then focus on “higher-value” industries according to the Telegraph columnist and publisher.

Although that may just be the opinion of one journalist, there are signs that the UK Government may be adopting such a strategy.

A UK Government policy document produced ahead of the launch of its points-based immigration system said: “We need to shift the focus of our economy away from reliance on cheap labour from Europe and instead concentrate on investment in technology and automation. Employers will need to adjust.”

Earlier this month, Tony Danker,  Director-General of the Confederation of British Industry, also said that he agreed with the government’s goal of having a “high-skilled and productive” economy, which again suggests that such a strategy is being pursued (though the CBI does back a temporary visa scheme as it thinks the switch will take time).

Another who feels the UK Government may be about to pursue a high import strategy is renowned customs and trade advisory expert Dr Anna Jerzewska. Writing on Twitter regarding the rumoured delay in implementing customs checks on EU goods, Dr Jerzewska said: “Perhaps this is less of a delay and accident and more of a strategy. Perhaps the view is we don’t actually need compliance.”

Our borders are virtually open, compliance is a question of preference yet the gov continues to be somewhat reluctant to implement checks.

Perhaps this is less of a delay and accident and more of a strategy. Perhaps the view is we don’t actually need compliance.

Naturally, if the UK were to go down such a route, its food industry would be one of the sectors most affected.

Therefore, in order to find out how a so-called ‘high-skill' UK economy may impact food security and food supply chains, we got in touch with Nick Allen, CEO of the British Meat Processors Association.

During our conversation, Allen admitted that he too feared the UK could be going down the path of an economy more dependent on imports. This, he believes, will ultimately impact the country’s food security:

We could be on this trajectory and I think a lot of us in the industry are thinking that this is the pattern that’s going to develop. We can either find ways of mechanizing some of these things [i.e. meat processing], or actually just get into a system where we’re finding ways of utilizing lower-cost labour in other parts of the world and getting the product from there. That would mean we don’t have such a demand for lower-cost labour in this country. Fundamentally though, what that does is undermine our food security.

If the UK did have to downscale its meat industry due to a lack of labour, supermarkets would of course need to look at importing more meat from abroad. Although that may look simple to most of the general public, the process is far from straightforward. 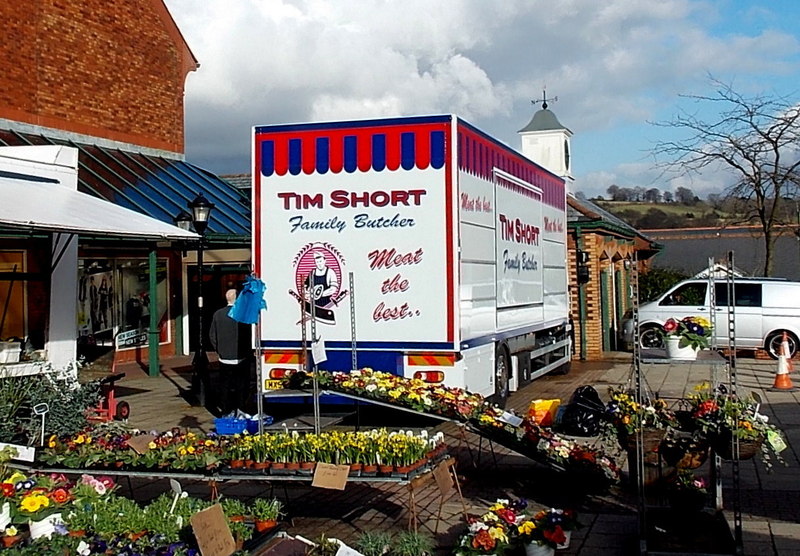 As Nick Allen explained to Trans.INFO, a lot of meat that arrives in the UK is currently packaged in the country. A lack of staff could render that process unviable.

The supermarkets could then purchase pre-packaged meat from abroad, but they would lose shelf life by doing so. In addition, it would be more difficult to conduct the audits that they currently do in plants located in the UK.

The problem is already on the minds of some industry bosses according to the BMPA CEO. Mr Allen said that some are mulling over exporting meat for processing abroad before being shipped back to the UK for sale – a move that would obviously add costs and lengthen supply chains:

I’ve already got members that are actually saying, “well, we haven’t got enough butchers in this country, but we probably could ship them over to Ireland.” They could get it cut and packed up over there before being brought back. One or two are thinking they might have to look at that.

Besides staff shortages, British meat producers have also had to deal with the competitive disadvantage of having to navigate customs and veterinary checks for EU export while their EU counterparts needn’t do so when exporting to Great Britain.

This is supposed to change as of October 1st, though doubts remain as to whether the checks will happen, or to what extent the checks could be implemented. 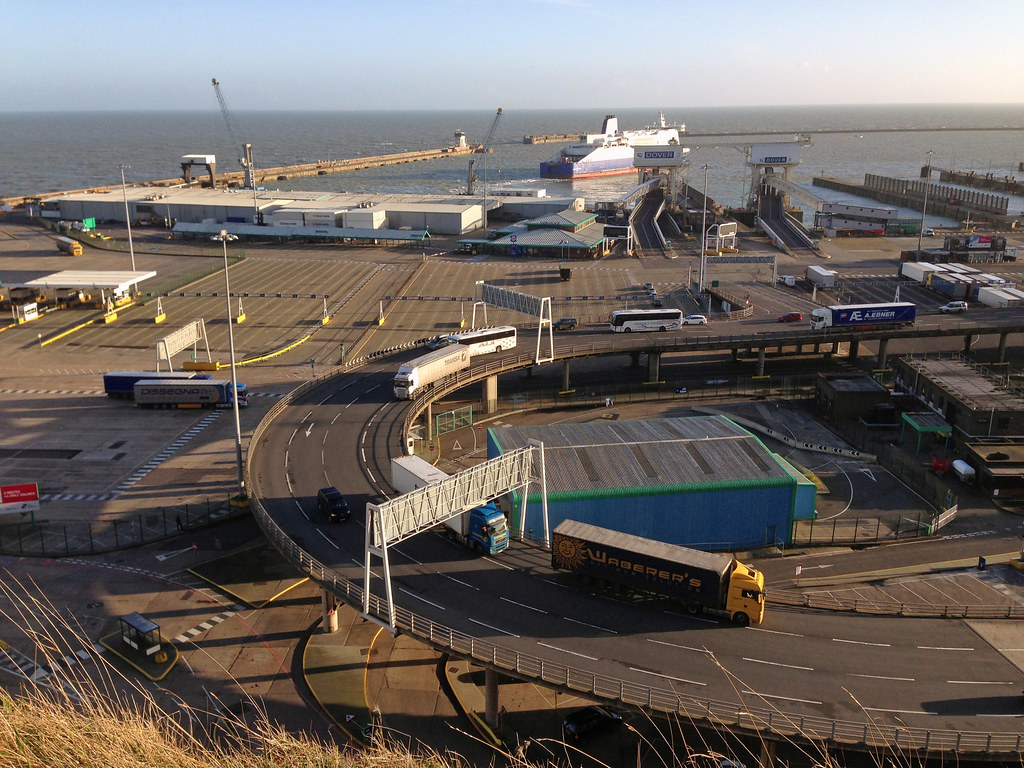 Photo © Copyright diamond geezer and licensed for reuse under this Creative Commons Licence.

Mr Allen told Trans.INFO that the UK Government could theoretically adopt a light approach, in turn prolonging that competitive disadvantage:

“Technically the rules come into play on the first of October, but they’re not actually going to implement any sort of physical checks until January. So basically, these three to four months are supposed to be about everyone learning how to cope with the paperwork before it comes in. Which is commendable, and was one of our complaints before when it happened in the other direction.

We never had time to stress test the system. I’ve questioned whether what they’re really doing is stress testing the system, because basically, stuff can come in anywhere – it hasn’t got to go through a border control post.

They could actually decide to check 0.001% of the stuff coming in – that’s within their control. So effectively, that would make it an open border again.

I have a feeling that actually, the lack of transport, and the lack of lorry drivers, may be much more of a challenge when it comes to getting food into the country than the physical checks our government is supposedly going to have introduced.”

It’s not just EU imports that British meat producers will soon have to contend with either. Trade deals expected to be signed with countries such as Australia and New Zealand are likely to make the situation even more challenging – not least due to the UK’s food standards entailing extra costs. 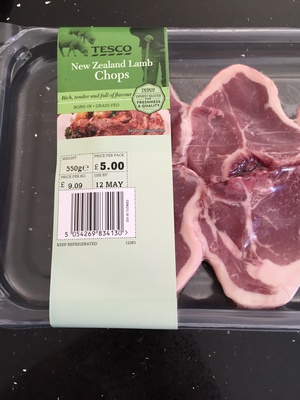 Photo © Copyright world.openfoodfacts.org and licensed for reuse under this Creative Commons Licence.

As Mr Allen warns, a significant disparity between standards could really drive down domestic food production:

As we wrote earlier, a move to a high-import economy would of course impact the UK’s food security. Mr Allen told Trans.INFO that the UK Government would also have a hard time setting policy without determining its desired percentage of domestic food production – unless, that is, it wasn’t concerned by the figure at all:

Do they want food security to be 60%? Are they happy with 40%? Who knows. It seems to me that until they actually address the issue and have it clear in their minds about where they want this country to go, it is going to be really difficult setting policy. Unless, if you’re a complete cynic, you might say that quietly, behind the scenes, they’re not worried about having to import high amounts of cheap food, and are quite happy to see this happen.

British consumers are nonetheless fond of domestically produced foods, and as Mr Allen stresses, an openly nonchalant approach wouldn’t be a “great vote winner”. Even so, he fears that if an import-heavy strategy is pursued, British shoppers may find such produce slowly disappear almost by stealth:

It’s not necessarily a great vote winner to say “to hell with it, we’re not worried about British agriculture, we’re going to import cheaper food from all over the world.” But if you do it quietly, and just let it happen, it might just see them over.

To what extent the UK Government will embark on such a strategy remains to be seen. There can be no doubt however, that the country’s food supply chain seems set to undergo noticeable changes in the foreseeable future.