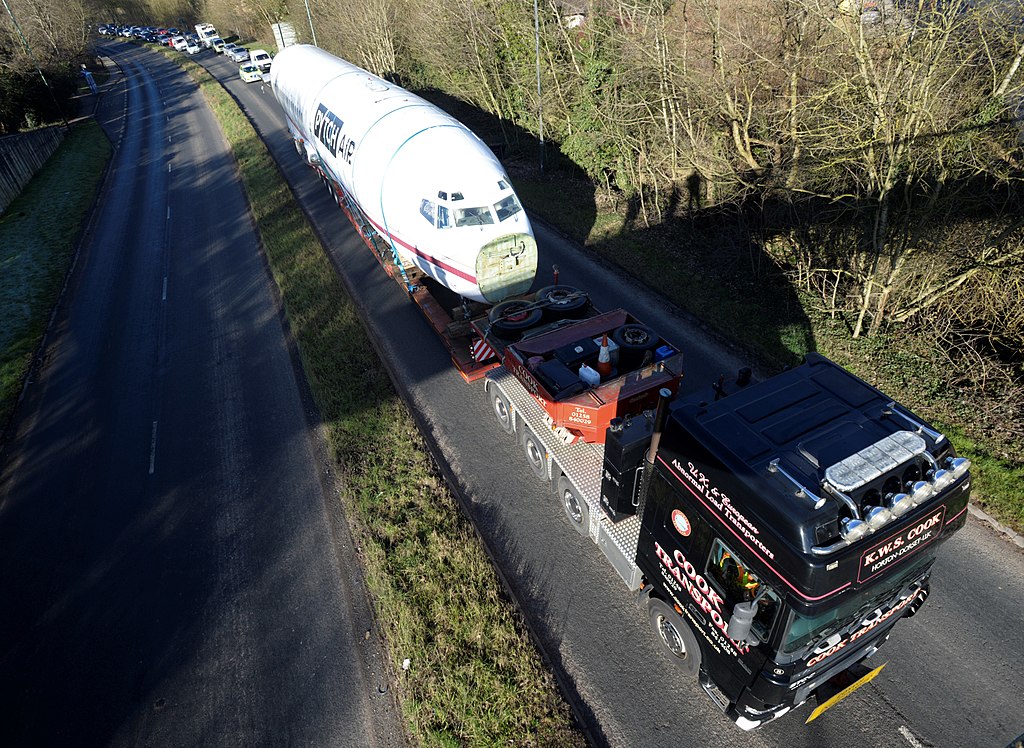 A 1968 Boeing 727 fuselage originally belonging to a Japanese airline has been successfully transported along the M5, M4 and M32 from Cotswold Airport to Bristol.

The fuselage was purchased by entrepreneur Johnny Palmer, who is planning to turn it into an office and “collaboration space” for his events company Pytch.

Seeing as there was no chance of the aircraft even taking off again, Palmer was able to negotiate a low price for its purchase. He nonetheless had to manage the problem of safely transporting the plane to its new location.

One of the issues related to how the plane could be moved from the grass it was sitting on at the airfield. Experts had said the plane’s wheels would simply dig into the ground if it was tugged out. However, Palmer purchased large sheets of plastic material to act as a temporary road, and the fuselage was eventually pulled out without any hitches.

On Saturday, the aircraft then made the journey from Cotswold Airport to Bristol with the help of heavy haulage company Cook Transport. The unusual transport was live-streamed on the Pytch Air Facebook page in a 7-hour extravaganza featuring expert commentary, social media contributions, plus live video streams from Palmer himself.

The Eagle has landed! Thanks to everyone that has helped with the #PYTCHAir project, its been a very exciting weekend. pic.twitter.com/25hVKvc0Zs

The last part of the move was completed on Sunday, when the fuselage was placed on top of a row of shipping containers.

The plane, which was originally a standard passenger aircraft, was converted into a VIP version back in the 70s. As a result, its interior has a “proper retro” feel to it in the words of Palmer himself. You can see what’s like for yourself in the video below: