Brazilian truck drivers paralyze the whole country. The authorities give in and meet their demands 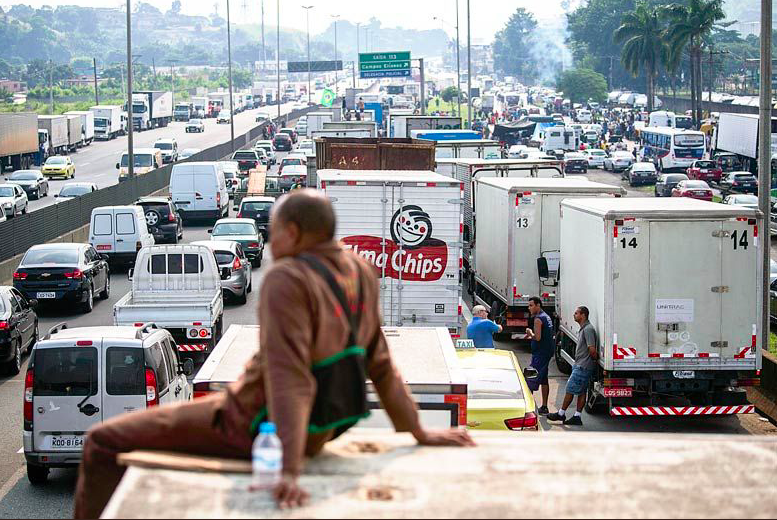 Truckers from Brazil caused a serious crisis in the country. All because of a drastic rise in fuel prices. The strike, however, brought the desired effect and the president lowered diesel prices. This week, truckers from Portugal took to the streets, protesting against increases at gas stations.

Police and military units were able to remove 132 blockades allowing fuel delivery to the most important military and police facilities.

Eventually, President Michel Temer conceded after seven days of drivers’ strike, which was caused by very high fuel prices (since the beginning of 2016 they almost doubled). Due to the increases transport was balancing on the verge of profitability.

Chaos caused by a strike

The situation in Brazil is dramatic. There is a shortage of medicines in hospitals, food and water are scarce in cities, and there’s no fuel at gas stations and airports. Most domestic and international flights have been canceled, ports have stopped reloading and many plants have suspended production. A state of emergency was announced in Sao Paulo. According to local media, livestock began to die from lack of feed.

The president gave in

Michel Temer, President of Brazil, met the drivers’ demands. On Sunday evening, he signed three regulations expressing the expectation that drivers will unlock the country. President Temer lowered diesel prices by about 12 percent for 60 days – the government will compensate the fuel company for the reductions. In addition, road administrators will not charge for the last axle of a truck semi-trailer from today. This solution is expected to cost taxpayers around $ 2.7 billion. According to the Brazilian newspaper Folha de S. Paulo, the strike alone caused economic losses of nearly $ 3 billion.

The Portuguese also took matters into their own hands

This week an indefinite strike of truck drivers from Portugal began. According to the main organizer of the protest, the National Association of Portuguese Transport Companies (ANTP), the drivers want to open the country’s eyes to the difficult situation in the transport industry. Truckers demand a several-percent increase in wages in the transport sector, protection against excessive fuel price increases and discounts for motorway tolls. Protests will continue until the government meets the demands of the strikers.