A truck driver who struck a railway bridge in Coulsdon has been banned from driving HGVs for 6 months and fined £715. 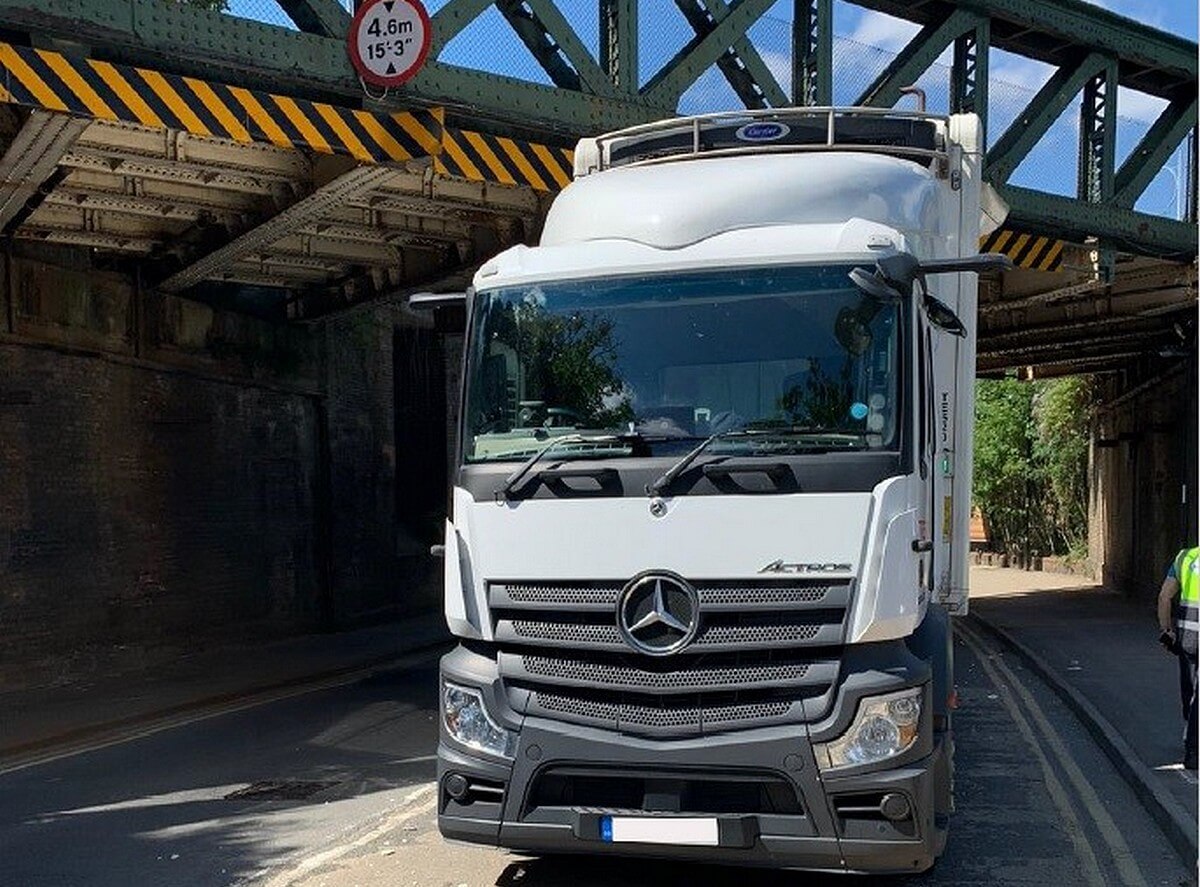 The incident occured on July 7th of this year around 2.30pm on the A237 Brighton Road, just outside Coulsdon South station.

The lorry got struck under the iron girder railway bridge on the route of the fast lines for express trains to Gatwick Airport, Haywards Heath and Brighton.

Railway services had to be closed until the lorry could be removed, leaving just two tracks open for the whole Brighton Main Line.

As Network Rail has described, the driver appeared before the South East Traffic Commissioner last month to receive a six-month HGV driving ban.

This followed an earlier court appearance where he was fined a means-tested £715 and given six points on his licence for driving without due care and attention, and contravening a traffic sign.

“Well over 400 trains and thousands of passengers from across the South were disrupted by this single error of judgement, and it brings home how important it is for professional drivers to check the heights of their lorries and their routes before setting off.

“Network Rail seeks to recover costs for incidents like this one and we work closely with the Office of the Traffic Commissioner and Metropolitan Police to tackle drivers who damage our bridges.

“The fine and the ban won’t make up for the costs of the disruption but they send a message to other drivers that it’s never worth running the risk.”

“Far too often we are deploying resources to deal with these incidents which are wholly avoidable with each collision having the potential for fatal consequences.

“These drivers are entrusted to drive some of the largest vehicles on the road and it is only right that should they be involved in a collision with infrastructure of any description that they are placed before the courts.”