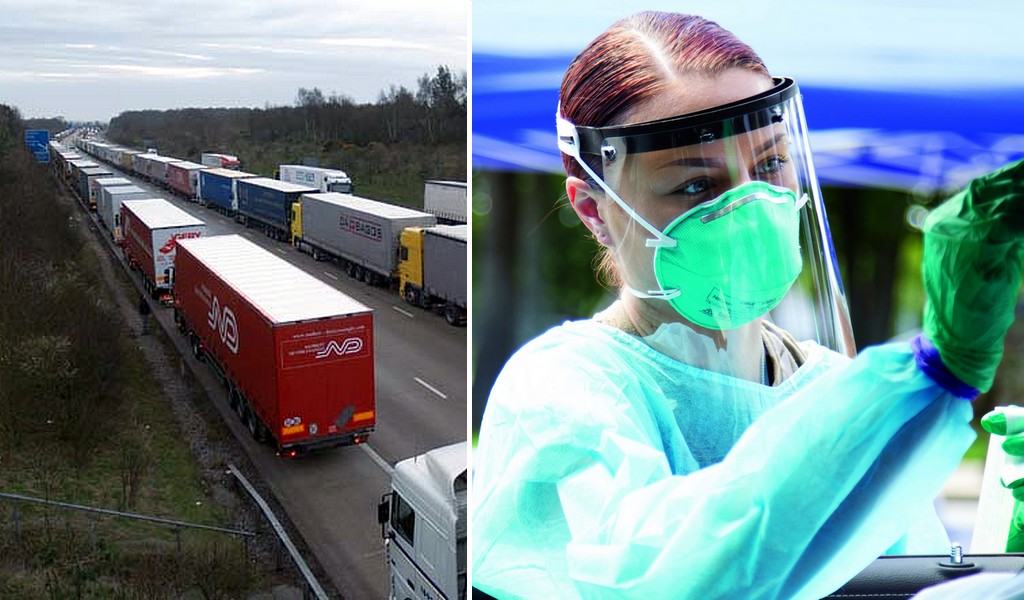 Multiple reports from major media outlets say that agreement is close on a coronavirus testing system that would allow lorry drivers in the UK back into France. Sky News understands that the British Army will even be drafted in to help with the testing.

It is said that the plan could be announced later today.

According to France’s public broadcaster, French residents and professionals such as truck drivers will be allowed to enter France from the UK. However, each and every one of them will need to present a negative coronavirus test first.

Hugh Schofield, the BBC’s Paris correspondent, says that the deal will likely „include compulsory negative Covid tests for lorry drivers coming into France from the UK, and authorisation for European nationals wishing to travel home from the UK for Christmas.”

Sky News understands that the military will even be utilised in order to carry out the coronavirus tests as quickly as possible.

Hundreds of backed-up lorries queue to cross the Channel into France as a former airfield turns into a makeshift lorry park.

As Home Secretary Priti Patel announced on BBC Breakfast, lorries have been directed to the Brexit lorry park in the now-defunct Manston airport. Since then, approximately 1,500 lorries have parked up on the runway.

This morning, Eurotunnel Director John Keefe said that in the event coronavirus testing was made mandatory, the freight moving through the tunnel might be „more a trickle than a flood„:

„From what we’re seeing, there might be some form of testing, so if people have to go through testing first, then it looks like it might start as a trickle rather than a flood. Hopefully, it’s just 48 hours and hopefully those trucks will eventually go through because the trucks have to get back to their base, the drivers have to get home. The logistics and transport process is a circuit; it keeps on running in both directions. Goods are brought in, goods are taken out, so it’s in everybody’s interest that that starts up again soon.”

Didier Reynders, the EU’s Commissioner for Justice, also said that EU and UK citizens should not be prevented from returning home:

“Given the current uncertainties and in light of the precautionary principle, Member States should take coordinated action to discourage non-essential travel between the UK and the EU. At the same time, blanket travel bans should not prevent thousands of EU and UK citizens from returning to their homes. While precautions are needed to contain the spread of the new coronavirus variant, with today’s Recommendation, we therefore ensure that the restrictions are coordinated and provide for the necessary exemptions for citizens and residents returning home and other essential travellers.”

Once a plan is officially announced, we will update you as soon as possible

Both images have been cropped and are for illustrative purposes only