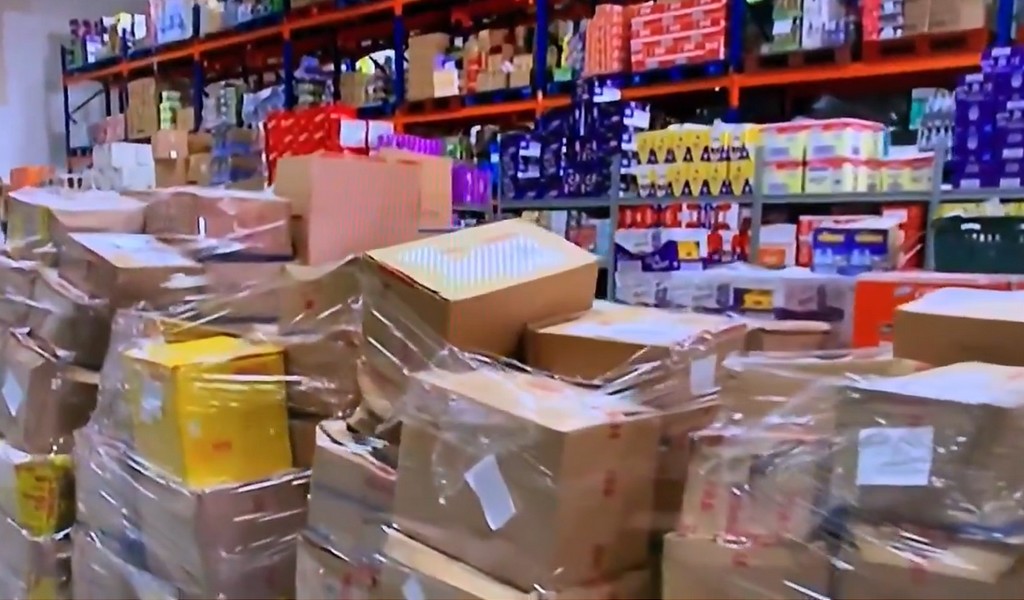 Mark Callaghan, the Managing Director of British Corner shop, an online store selling British treats to UK citizens abroad, has told the BBC about the challenges it has faced since January 1st.

The Govt keep saying these are teething problems but they are wrong. We have hit the iceberg and our export market is dying.

The Bristol-based British Corner Shop had been unable to sell to EU customers until recently. The issue has cost the company over half a million pounds already – a figure that’s increasing every day shipping to EU countries is suspended.

To some ears, it may sound as though Mr Callaghan had said he was “happy about Brexit” in the clip embedded above. We were among those, and we inadvertently reported this earlier.

The BBC’s subtitling system confirms Mr Callaghan did in fact say that he was “not happy about Brexit”. 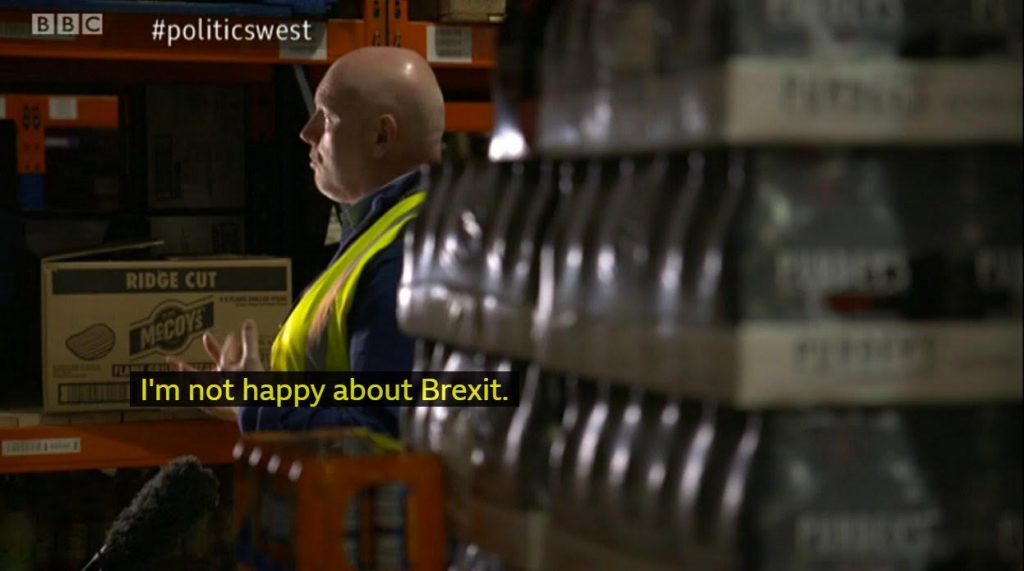 The British Corner Shop warehouse is currently home to several pallets of packages that have had to be returned due to the non-tariff barriers in the UK’s trade deal with the EU.

During the aforementioned report, Callaghan explained what has happened since January:

On February 4th, British Corner Shop suspended deliveries to EU customers, as explained in the Facebook post below: 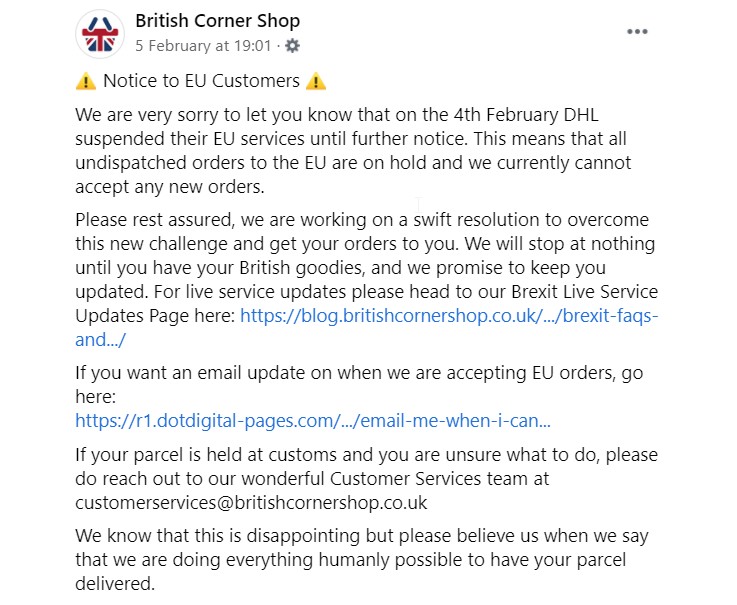 As the British Corner Shop website explains, there have been problems with both DHL and DPD, with the former sending back several packages. On top of that, orders to the EU made in January were subject to several delays, while customers now have to pay Brexit surcharges of almost 10 pounds (from the carriers).

The online store have kept customers up to date with the latest developments on a dedicated section of their website. On February 24th, British Corner Shop said they had found a courier with competitive rates and delivery times on par with others. This, the company says, subject to the remaining orders being delivered without issues, may enable the resumption of delivery to EU countries in the very near future.

That has proven to be true to some extent, as just this morning the company announced that it is “now shipping orders to the EU with a new tried and tested courier service.”

However, in the same update, British Corner Shop added that it is still unable to ship to 8 EU countries – Austria, Bulgaria, Croatia, Cyprus, Czech Republic, Estonia, Latvia and Malta. On top of that, there are a number of islands in the EU that they cannot ship to either – Corsica, the Azores, Formentera, Ibiza, Mallorca, Menorca, Sardinia, Sicily, the Canary Islands and Balearic Isles.