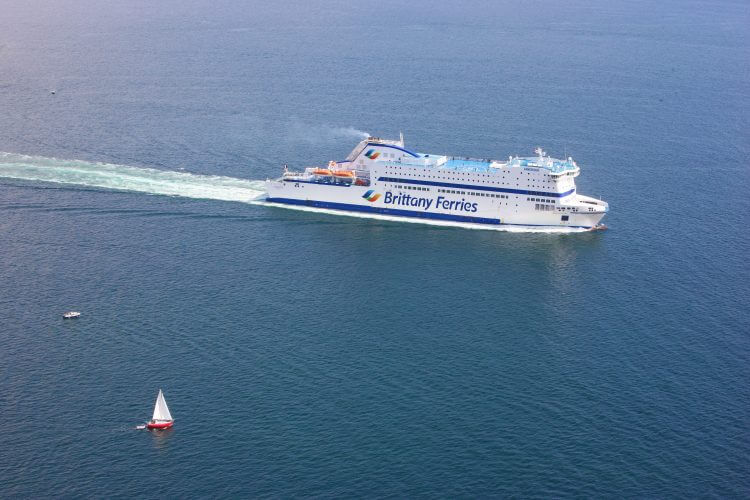 Brittany Ferries has officially announced 3 new routes between Ireland and France, the first of which will depart Rosslare for St.Malo on Thursday.

Last week, Brittany Ferries CEO Jean-Marc Roué said that new services would be launched between Ireland and the ports of St Malo and Roscoff to help industry in the Brittany region. However, the precise routes were not known at the time.

We now know that there will actually be three routes: Cork <-> Roscoff, Rosslare <-> Roscoff and Cork <-> St. Malo.

“It’s clear that Brexit has distorted flows of trade between France and Ireland, there’s now clear and compelling demand both in Brittany and beyond to boost freight capacity direct from the region to Ireland. And Irish traders too are seeking direct links to Western France. We’re always listening to our haulier customers in order to best meet their needs and we look forward to restarting Brittany-Ireland services two months earlier than planned.”

As explained by Brittany Ferries in their press release, the new Brittany-to-Ireland sailings come in addition to an extra weekly Rosslare to Cherbourg round trip introduced last month.

This means that from February Brittany Ferries will offer hauliers a choice of eight sailings a week in each direction between Ireland and France.

Conor Mowlds, Chief Commercial Officer at the Port of Cork, said the new routes would compliment the growing number of services allowing Irish hauliers to avoid the UK Landbridge:

“The decision by Brittany Ferries to operate two freight only services from Cork to St Malo and Roscoff is hugely positive for Cork. Importers and exporters now have further transport options to get their freight direct to the EU and bypass the UK Land-Bridge. This announcement comes in the same month as we announced a second freight service from Cork to Zeebrugge. These direct freight services from Cork to the EU strengthen the region by offering more flexibility to Irish customers, ensuring supply chains are maintained. Our relationship with Brittany Ferries spans over 40 years and it continues to go from strength to strength. We wish them every success with this freight service.”

The timetable for the new sailings is as follows: