Cargo bikes delivering goods in London are on average 1.61 times faster than vans performing the same service according to a new report from climate charity Possible and the University of Westminster’s Active Travel Academy. 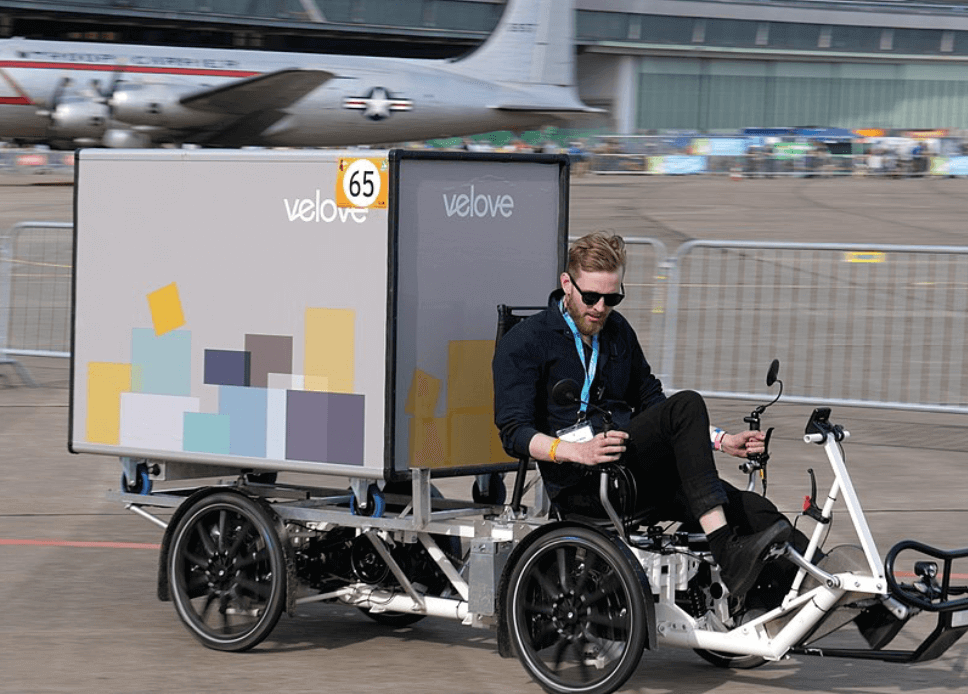 Conducted in partnership with pedal-powered delivery firm Pedal Me, the report used GPS data from cargo bike routes and compared them to the routes that vans would have had to take to deliver the same parcels.

While vans can travel along clear stretches of road at higher speeds than cargo bikes, they are restricted by congestion, traffic restrictions and the difficulty of finding parking in London. Cargo bikes, on the other hand, benefit from dedicated cycle lanes, being able to take shortcuts through streets blocked to motor traffic and can quickly park up close to their destinations to drop off packages.

The report also calculates the notable difference in carbon emissions between the two forms of transportation. Across the 98 days of work that were analyzed it was calculated that the cargo bikes saved a total 3,896kg of carbon emissions and over 5.5kg of nitrogen oxides.

Making freight transportation in the UK carbon neutral is a pressing challenge, especially in built-up, urban environments. The report demonstrates that cargo bikes could play an important part in decarbonizing urban deliveries.

“Cargo bikes mean more speed and efficiency for the customers, better health for couriers, a decreased carbon footprint for traders, and ultimately, cleaner air and more public space for all Londoners to enjoy. Delivery vans contribute significantly to worsening air quality and take up valuable space on our roads” – said Hirra Khan Adeogun, head of car free cities at Possible. – „We’ve seen home deliveries skyrocket during the Covid lockdowns, and that trend is likely to continue. We urgently need to put on the brakes and re-evaluate how goods move through our cities. Cargo bikes are one solution that we need to get behind.”

When the researchers undertook this study, they wanted to understand the potential benefits of cargo bikes in London. Pedal Me provided some extremely useful GPS data which allowed them to develop one of the first detailed simulations comparing actual cargo bikes’ with vans’ routes.

We used the result of the simulation to develop a realistic scenario of what proved to be a promising alternative to the thousands of the delivery vans that make their way through our city each day” – added Ersilia Verlinghieri, senior research fellow at the Active Travel Academy and lead author on the research.

With recent estimates from Europe suggesting that up to 51% of all freight journeys in cities could be replaced by cargo bikes, it’s remarkable to see that, if even just a portion of this shift were to happen in London, it would be accompanied by not only dramatic reduction of CO2  emissions but also contribute to considerable mitigation of risks from air pollution and road traffic collisions whilst ensuring an efficient, fast and reliable urban freight system, Verlinghieri explained.

“Cargo bikes are the best way to transport loads (or people) around cities – our cargo bikes, ridden by our highly trained riders, are faster to do the same work, allowing them to also to make logistics cheaper in the right operating systems” – said Benjamin Knowles, CEO and co-founder of Pedal Me. – „This research shows just how much more efficient we are than traditional motor-based logistics for equivalent work – while also showing how far we are ahead in terms of carbon savings.”