456 MEPs voted for, 147 against and 49 abstained. This means that the text of the revised directive on posted workers is approved. The directive will apply to transport only after the Mobility Package enters into force.

Voting on the posting directive was originally planned for the June plenary session of the European Parliament. At the last minute, however, it was rescheduled and took place today. The information surprised even the MEPs.

Such a late change in the date of the vote made it impossible to conduct a real substantive debate within the political groups and de facto made it impossible to make any amendments – twitted Polish MP, Danuta Jazłowiecka. „However, we succeeded with the group of liberals and Martina Dlabajova to quickly submit changes that restore 24 months as a „limit of posting” and exclude transport from posting until the adoption of the so-called lex specialis.”

„Now we are working on collecting signatures under the so-called split votes, which may exclude certain provisions from the text of the agreement. I am outraged by this procedure and I will certainly complain about it”- said Jazłowiecka.

For now, it is known that „The new elements of the revised directive will apply to the transport sector once the sector-specific legislation, included in the Mobility Package, enters into force.  Until then, the 1996 version of the directive remains applicable.” – reads the European Parliament website.

„There are no first and second category employees”

The vote was preceded by a debate during which Members presented positions regarding the shape of the Directive.  The debate clearly showed that European Union is divided into two, completely different groups.

.@emorinchartier – we started with the major East-West divide and w/ the conflict w/ 11 Member States, but we have rebalanced things and together with @mariannethyssen and Minister @rousinova as well as the @EEinEU presidency, we wanted to achieve balanced text #postedworkers

Equal pay for equal work, in the same place of its performance” – said the French deputy Elisabeth Morin-Chartier, recalling the main slogan accompanying changes in the regulations on the posting.

She emphasized that the regulations enshrined in the directive are a manifestation of „European justice” and the fight against „social dumping”.

With the Dutch MEP, Agnes Jongerius, they argued that they were voting for a document that „is important for Europe because it leads to the fact that there are no first and second category employees in the Community”.

Belgian MEP Marianne Thyssen argued in turn that „the Directive is not protectionist”, „does not disqualify any employees” performing professional duties outside their country and „enjoys the support of the strong majority of EU countries, from east to west, from north to south.”

„No gentlemen in suits should decide about it”

However, representatives of Central and Eastern Europe did not agree with their western colleagues.

Supporting the revised rules on #postedworkers means to opt for #protectionism which will jeopardize businesses. Do we really want a protectionist Europe where free movement becomes only a one-way street? I cannot support this reform. It is a matter of EU future and our values! – wrote Martina Dlabajova, Czech MEP.

Supporting the revised rules on #postedworkers means to opt for #protectionism which will jeopardize businesses. Do we really want a protectionist Europe where free movement becomes only a one-way street? I cannot support this reform. It is a matter of EU future and our values! pic.twitter.com/kWnQLsBFhW

Slovak MEP, Richard Sulik added that the slogan „the same pay for the same job sounds fair, but invalidates the most important market factor, which is price.” And therefore, consciously discriminates against service providers from Central and Eastern Europe, who actually, repeatedly work for lower rates.

The Slovak noted that in connection with the directive employers from the East of the Community will have to pay much more than they have until now – not only to compensate the western wages but also to cover the costs of posting.

My question is: how can Central European companies compete in this context with Western Europe?” – said Sulik.

There is a dispute over which government has the right to impose contract terms on employees and employers. I will answer – none. Contracts are solely a matter between the two entities. No governments, no gentlemen in suits should decide about this – argued Dobromir Sośnierz, Polish MEP. 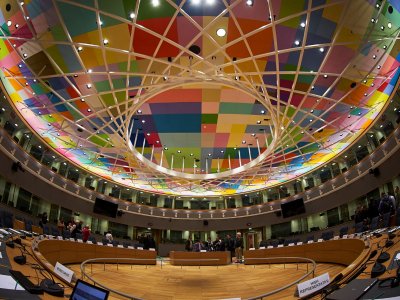 Mobility Package in the home straight,... 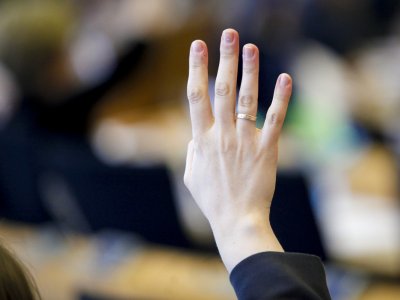 Mobility Package in the home straight, despite lack of impact assessment. 3 year...
Mobility Package decisions: vans subject to tachograph; mandatory return of truc...
9 countries call on Brussels regarding the Mobility Package. Its provisions are ...