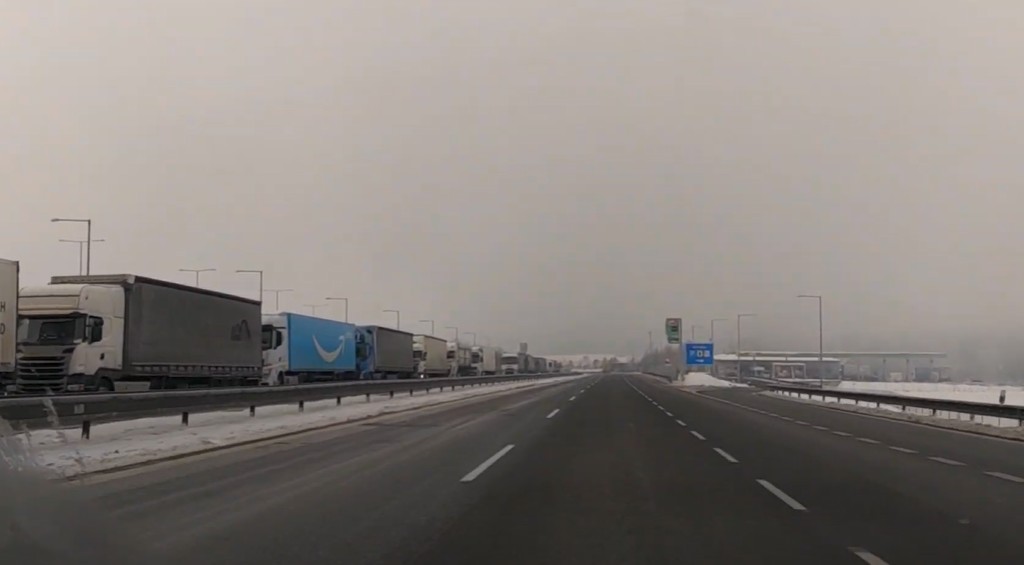 Drivers delivering goods can also pass the border but must present a negative coronavirus test no older than 48 hours. In addition, all who enter Germany via the Czech Republic must register their arrival online beforehand.

The new restrictions already appear to be causing delays. Reports of long queues on the Prague-Dresden route emerged this morning. Traffic data from Google, as well as the video embedded below, show that the jams stretch several kilometers.

There have also been enormous queues on the E50 / D5 in the direction of Nuremberg, where a convoy of trucks reportedly spanned 20km.

According to spiegel.de, a spokesperson from Germany’s Automotive Industry Association has said that the delays mean car factories in Ingolstadt, Regensburg , Dingolfing, Zwickau and Leipzig could experience production issues as early as today.

Axel Plaß, the President of Germany’s Federal Forwarding and Logistics Association, has also expressed concern over the new restrictions. He was quoted as saying Europe “must not go back to a national policy of closed borders, as in March 2020. Under these conditions, shipping companies will no longer be able to meet demand-based delivery commitments.”

Austria’s Interior Minister is another who has been irked by the changes. Karl Nehammer told German tabloid Bild this morning that the border restrictions represented a “provocation”: