Cheaper and faster picking. Here are some helpful solutions 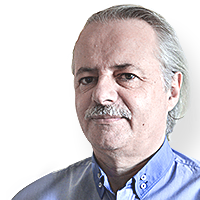 It is believed that picking is generally a slow and inefficient process, and it must take a long time to store and pick goods from standard racks or trays that contain individual items as well as cartons or pallet loads. Advanced technical solutions can help to change this.

The means which increasingly facilitate picking are automatic, self-propelled internal transport vehicles. They reduce employment and enable work to be carried out practically without interruption. They can be used in any environment, including those in which hygienic or temperature conditions do not fully protect operators. How do they work? Small, unmanned trucks, loaded with cargo (raw materials, components, finished products) move around the warehouse.

Faster picking with the application

In any case, such an autonomous transport system accelerates not only the transport of goods from point A to point B, but also loading and unloading, e.g. in the picking part of the warehouse (previously this work was done with forklift trucks or muscle power). All an employee or a robot has to do is load the goods on a given truck and “show” it where to go, and the truck will do the job. Even though there are no drivers in the vehicles, they are able to avoid any obstacles they encounter.

Systems of this type, e.g. VersaBox, have so far been implemented in Poland, the Czech Republic and France. The benefits for users are evident – practice shows that the average return on investment occurs after about 11 months. The higher the labour costs in a country, the faster the return.

Picking is also facilitated by appropriate applications, e.g. iGo neo, which makes the truck move automatically behind the operator, adjusting to his work pace and completely relieving him of the need to operate the vehicle. The solution offered by Still is used e.g. in CX20 order pickers for horizontal picking. The software, sensors and the application make the truck follow the man. Sensors and laser recognition system, real-time analysis of the warehouse layout, location of racking. It records the location of objects around the truck tens of thousands of times per second, identifying obstacles in advance. Thus, for example, sudden braking is avoided that could damage the load. The operator does not have to control the truck and can concentrate on other tasks related to picking. As experience has shown, this can save almost a third of the working time.

Single-load vehicles with platforms are popular in picking processes (platforms can have driven rollers for automatic loading and unloading, as well as hoists for connection to other equipment). The transport platform enables lifting, lowering, turning and controlling the transported object.

Leo (Bito) is one such solution. It is in fact part of an autonomous system for handling cartons and containers. The vehicles can be integrated with palletizers, robotic islands and even automatic racks. This, as well as other similar solutions (e.g. Adept Lynx), can be supplied with additional accessories and thus fully exploit the potential of the carrier.

For example, Handler combines the functionality of a truck and a robot (the carrier is the mobile base for this robot). This allows the robot to move along a designated route, e.g. from one place of work to another (successively performed activities). Transporter, in turn, combines an autonomous vehicle with multifunctional containers or baskets in which particular items or groups of items can be moved, and Courier is a “carrier” of a cabinet with particular items, e.g. tools (it can be locked, which facilitates safe transport of high-value goods).

Among the mobile machines and devices that improve picking operations is ErgoPack, capable of strapping a pallet, regardless of its size or height, in an upright position without having to bend over and walk around the pallet. Its ChainLance slides under the pallet, taking the strap with it and giving it to the operator. Movements causing pain and injury to the spine are eliminated – the system can be operated even by people who have already been diagnosed with a spinal problem. The unit can be moved from one picking station to another (ergonomic lifting handles; rubber bearing wheels for easy manoeuvrability). The Air version can also be useful in picking, for strapping high pallets (there is no need to bend down). The double ChainLance can be freely adjusted to a height of 580 mm.

Various types of weighing and labelling systems are also useful in high-performance picking processes. A new automated solution offered is Bilanciai Mercury MX500 HTB (up to 140 packs per minute). The labels are applied by the Air-jet method (non-contact or mechanical). Weighing can be done statically or dynamically, labelling includes thermal or thermal transfer printing. The data exchange is bidirectional, it takes place in real-time.

Sometimes mobile printers are used in picking operations for non-contact marking (on any surface, in any place and position).

They are suitable for the marking of goods, collective packaging and pallets. The built-in touch screen makes it possible to create and edit draft texts. If the user wants to facilitate the creation and management of many complex prints, containing multi-line text, graphics, 2D codes, a web application will make the work easier, working independently from the printer, place and type of PC operating system,” say suppliers of the equipment.

EBS-260, with a 3.5” touch screen is one example. It enables immediate changes in the project, even where there is no network or computer access.

Vacuum lifters can be an important help in picking operations, especially when it comes to moving relatively heavy and not very handy loads. The latest arrival is Piab piLIFT SMART. It detects and monitors movements and responds to user commands, can simultaneously lift and weigh loads, collect and record data, generate statistics and analysis (the user can access it via a network platform with login function).

Vacuum lifters significantly reduce the risk of injury and can reduce the physical load on the operator by more than 80%, while maximising productivity. Energy consumption is lower by more than 70%,” suppliers explain.

Pick-to-Light technology also contributes to the efficiency of picking. It directs operators to the exact location in the racking system from which an item is to be picked (it also displays the quantity to be picked, article number and product description).

We develop, integrate and install systems that enable an 80% increase in space efficiency, a 90% improvement in picking accuracy and a 400% increase in picking performance,” said Krzysztof Nowakowski from Kardex in one of his interviews for the press.