How prepared are businesses for GB checks on EU goods? We speak to Unsworth’s Head of Customs Solutions, Antons Gordejevs 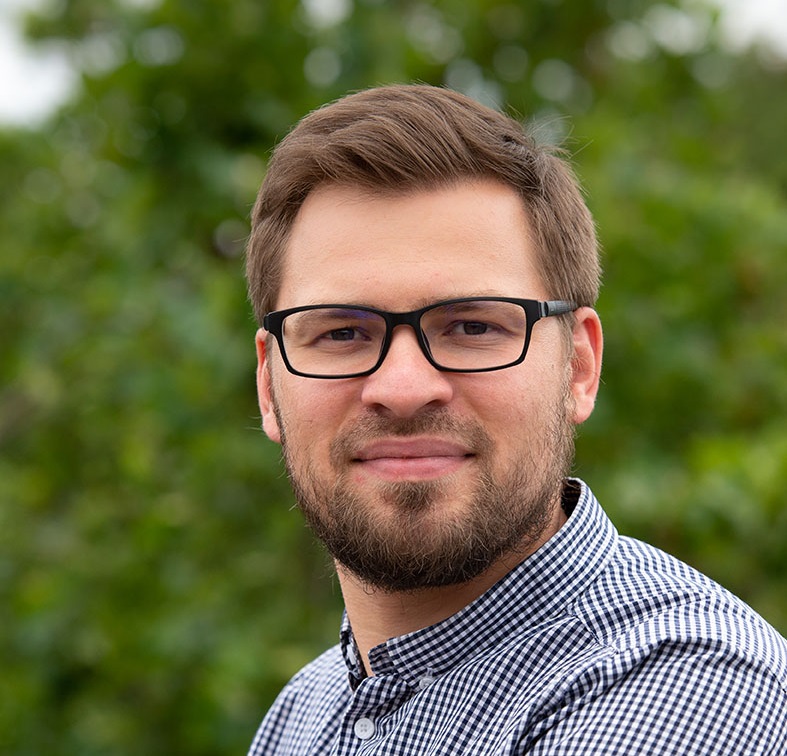 In less than a month, businesses will have additional post-Brexit paperwork to deal with in the shape of more stringently applied customs checks on EU goods arriving in Great Britain. Similar checks were implemented in the other direction back in January, causing numerous headaches for both exporters and logistics companies. However, with those controls now the norm, are businesses better prepared for the imminent checks on the British side?

To find out, we got in touch with Unsworth’s Head of Customs Solutions, Antons Gordejevs.

In this Trans.INFO exclusive, we learn Gordejevs’s thoughts on the level of preparedness for the checks, how Brexit has been a shot in the arm for those in the customs business, and most importantly – what companies need to take onboard when choosing a customs broker.

Thanks for talking to us Antons. If there’s one type of business that has evidently benefited from Brexit, I’d guess it would be the companies specialising in customs services. Is that actually the case?

I think for people in the industry, especially with all the problems happening in shipping at the moment, it’s been sort of a lifeline for the shipping and forwarding industry to a degree.

You can see people progressing from clerks to managers within the year if they’re good, because there’s such a demand for good Customs Brokers out there.

Given that extra demand, there’s been talk about how difficult it is to find trained customs specialists. How challenging has it been for Unsworth to recruit talent in this area?

It was very challenging late last year and the beginning of this year.

I’m not sure about the wider market, but there is still high demand for quality customs specialists. Basically talking sheer numbers, I think we’re okay. But I’m just talking about Unsworth here. I know of some of the bigger companies who are still struggling.

We started recruiting in August last year, and probably by November, we’ll have the full team trained and ready to go.

January has shown that the team at the time was not sufficient. That said, we were not as lacking as others I’ve seen in the market, and basically we were okay again by the end of January once things settled down a bit.

I understand you have experience of dealing with customs on the Latvia-Russia border. How does that border compare with the GB-EU one that we have today?

On the Russian border, everyone expects you to spend two days there and it’s built into the supply chain; this is just how life works. Everybody just knows it’s difficult and you pay $2,000 or so for customs clearance, and that’s for a reason.

If you spent two days on the Dover-Calais crossing, everybody would just go ballistic, which happened a lot in January to be fair. I joked at the beginning of the year that every day during these first two weeks [of Brexit] felt like a Friday night at the Russian border.

In early January, pretty much every single minute, everything was going wrong. Everyone was calling and things were just not happening. Mind you, we were talking just exports to the EU at the time, because anything coming into the UK went through without any problems.

Was it a blessing then that there were only checks in one direction in January?

It was something of a blessing and a curse. It was a blessing because it reduced the pressure at the time, and now we can have some capacity to sort out the imports, also having some experience around how it has worked in one way [for UK exports to EU].

It’s not going to be as bad because we already know the process. But at the same time, I would imagine, if it was reciprocal and everything was to be stopped coming into the UK same as goods going into the EU, we could have some bargaining power and make it easier for the UK exporters.

UK meat exporters, to name one industry, are still spending huge amounts of money and time and effort trying to get their products in Europe, whereas their competitors in Europe simply deliver their goods into the UK. It’s just not fair from a supply chain perspective.

The customs controls on EU goods entering Britain have been put back a few times now. How much preparedness is there among EU exporters for the customs checks on goods bound for Great Britain?

To be fair, what we’ve seen is that every time some easements are announced by the UK customs, the sentiment of the EU companies is “OK, we don’t need to worry about it for another six months”.

So in my experience people will start preparing two weeks before the event. I know there are issues with vet and BCP capacity, so it makes sense to postpone it a bit, but I don’t see people frantically preparing.

I understand there will be a cut off at some point when things coming into the UK have to be cleared as strictly as they are into Europe. It’s just we keep moving that deadline.

Obviously we try to alert our customers in advance and push them to prepare. We had some customers who were ready for October. We’d done the tests in July and August, so they were fully ready to go ahead.

On the other hand, there are other customers who still haven’t done anything. And they probably won’t do anything until June or July.

Given that any errors in the paperwork should mean loads cannot cross the channel, can we expect disruption on the French side this coming January?

To be honest with you, yes and no. At the moment, you can’t board the ferry from France without scanning the export declaration. That’s already the case.

All that you’re adding to it is that instead of scanning one thing, you essentially have to scan multiple things. Unfortunately, instead of scanning you actually have to go on a different system and do a few more things in the background, and so that adds a bit of hassle for the haulier as far as the actual crossing is concerned, but otherwise it’s more or less the same process.

I can imagine half of the trailers at the port will have issues, then within a week or two it will be a quarter of the drivers. By the end of the month, the drivers will know exactly what to do. That’s what happened going into France. By February the drivers and hauliers got to understand the process and it started working.

You recently visited the facility in Sevington – how does the setup look like there?

Well, we were at Sevington [inland border facility] a couple of weeks ago for a quick tour of the facility, and it looks very promising. It is sufficiently large, obviously depending on the percentage of checks they’re planning to carry out.

I think it’s all coming together quite well. Again, there’s a lot of new people and new procedures, so I don’t think it’ll be very smooth at the beginning. However, the facility does look very promising; it’s significantly bigger than the similar facility in Calais, which works – albeit not perfectly. 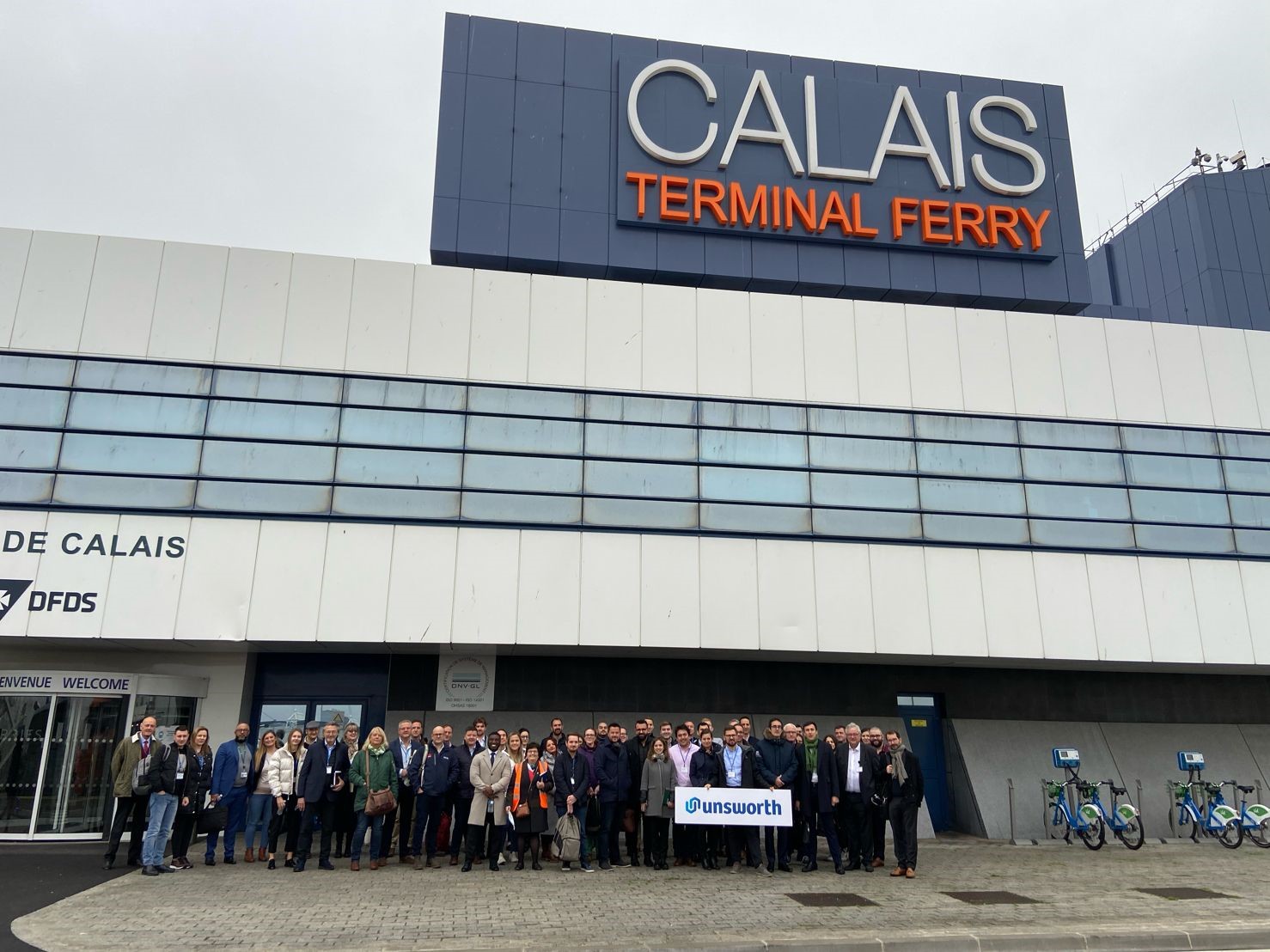 I’ve heard companies will need to make sure they can minimise or avoid errors with commodity codes. What are some of the consequences of making mistakes here?

So yeah, correct commodity codes are crucial. I suspect once we start drifting further away from the EU tariff system, it’s going to become tougher as the codes provided by your EU supplier will not necessarily be the same codes you should use for import into the UK, but for now we still of the almost identical nomenclature which helps.

How digitised are the GB-EU customs processes?

I think if it [Brexit] had happened 15 years ago, there’s no way we could have coped. The queue to the border would have run all the way to Birmingham, it would have collapsed.

Fortunately, we now have all the tools available. The industry as a whole was a bit behind on digitalization but that is rapidly changing with the new challenges in front of us.

We as a company pride ourselves on being at the forefront of digitization in freight and customs.

So we invest a lot in visibility, tracking and having our documents online and so forth. There’s a lot more that we can do, but things have certainly moved on significantly in the last 5 years or so.

What is your advice for the EU companies who export their goods to Great Britain and UK companies importing?

The advice hasn’t changed from what we’ve been saying since November of last year.

First, find yourself a customs broker – a good one, someone you can trust. Follow their advice – if they give you enough, that’s pretty much all you need.

That’s really it, then get everyone communicating to each other. The brokers need to supply the import declaration that goes to the haulier, who will create the GVMS, which then goes to the ferry operator. If somebody in the chain doesn’t forward an email, it all collapses.

It’s never been more important to choose the right partner. And I’m not just talking about brokers, it’s also hauliers and suppliers in the EU.

Secondly, if you don’t have full digital visibility over your supply chain yet, I would question why. You’re just creating more work for yourself by managing your supply chain in emails and Excel spreadsheets and so on. The market has evolved, the industry has evolved, and the quicker everyone gets that the better.

Have companies paid the price for trying to get their customs services on the cheap?

A truck detention these days is pretty much £100 an hour. So how much exactly do you want to save on the declaration to justify even a 15 minute delay? There are different prices in the market, but ultimately we are talking about a £20 difference.

So looking for a cheap customs broker is definitely not the way to go. I would say important things are clearly reputation and visibility, as well as how easy it is to get data back into your system.

There are quite a lot of documents involved in the customs clearance: commercial paperwork, several pages of different customs entry screens, supplier’s declarations and so on. At some point in the next couple of years you are very likely to be audited by HMRC, and you will be expected to provide a full set of documents for each clearance, and potentially a backstory to support why has a particular consignment been cleared in a certain way. Do you really want to be chasing for your documents and looking through emails, or do you want to just know where they are, accessible 24/7? That’s probably the biggest difference.

I know a lot of people went for cheaper options last year, and then ended up with much more expensive options early this year.

Brexit is ultimately a huge cost for businesses and customs clearance is a relatively small part. You want it done correctly, then it’s just one thing off your table – one less thing less to worry about.

Customs compliance will become a very popular term at board discussions over the next year. Just working with the right partner partly removes that responsibility.