“China + 1”, or how a pandemic can remodel supply chains 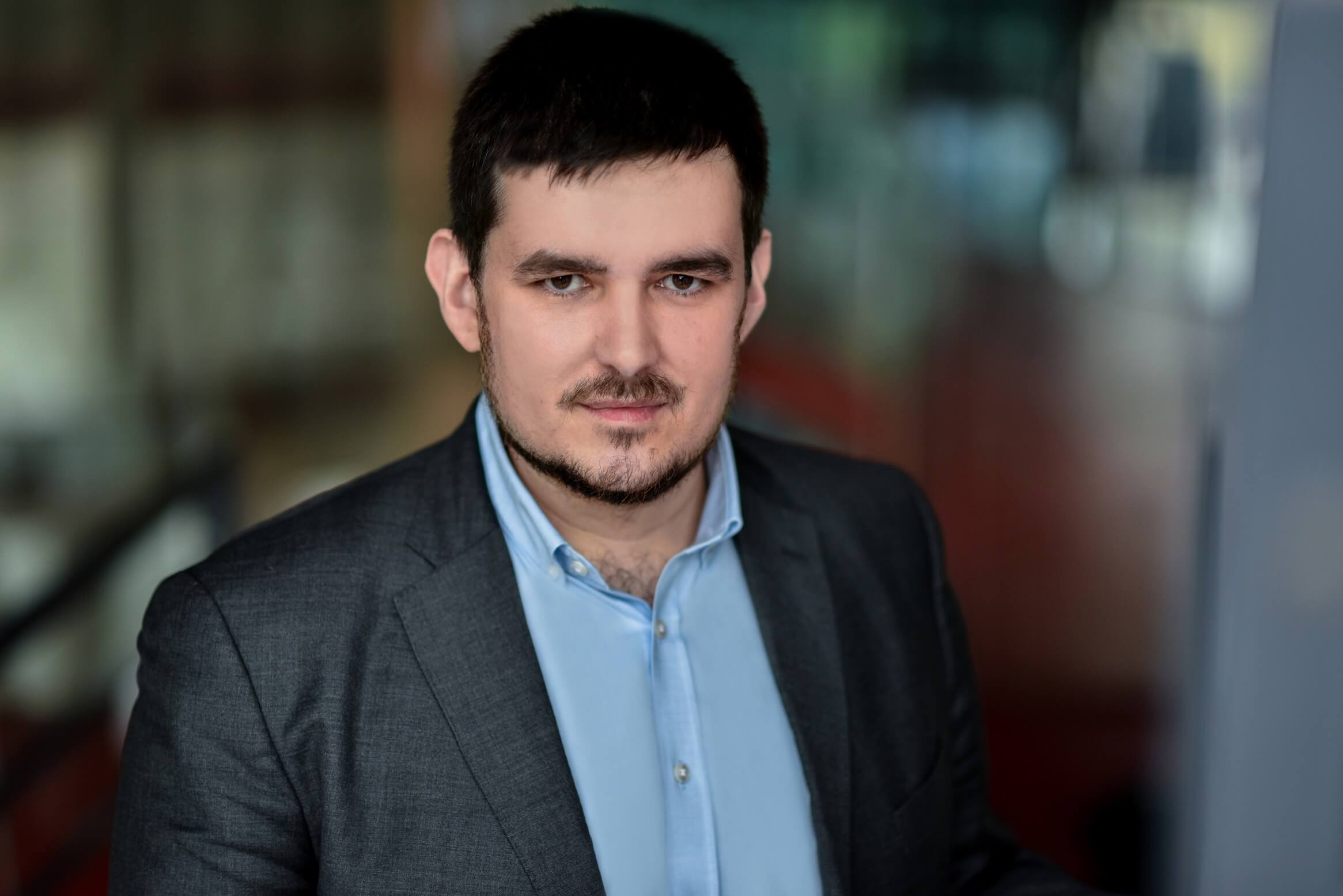 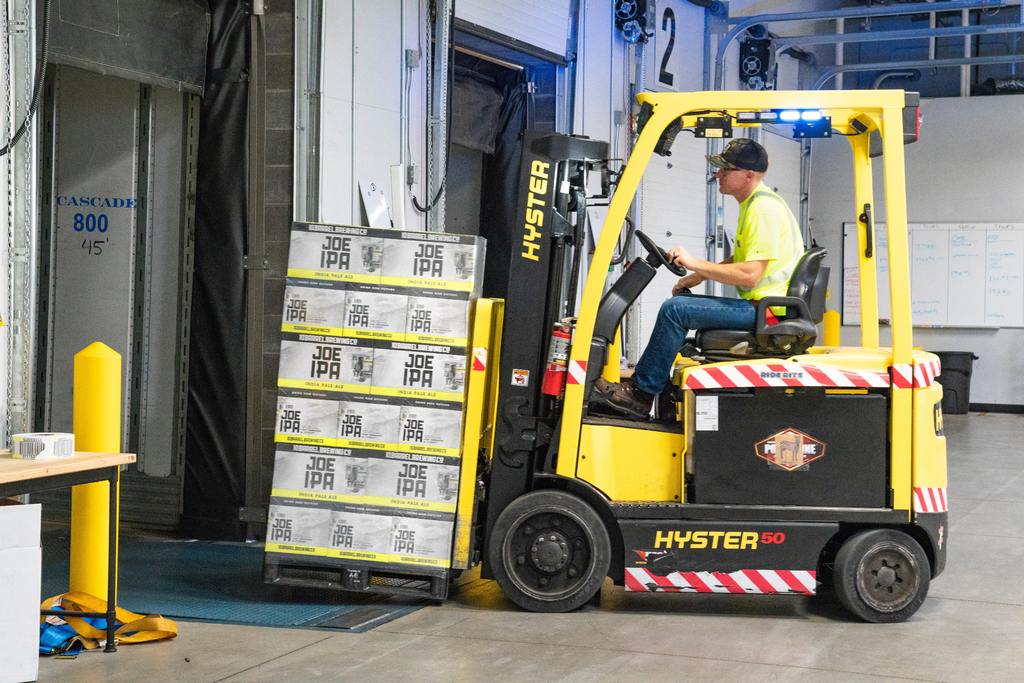 The SARS-CoV-2 virus pandemic and its consequences for supply chain continuity have made the owners and heads of logistics departments of many companies aware that it may be too risky to build your supplier base on just one country or region. It can, therefore, be expected that in the near future many companies will begin a thorough strategic review of their global supply chains, analysing the benefits and costs involved in remodelling them. One of the expected trends in the future is the regionalisation of supply chains.

As early as February this year, it seemed that the epidemic of the new coronavirus causing the mysterious Covid-19 disease would be regional in scope and limited mainly to China. We might have watched the images from Wuhan, cut off from the world, with anxiety, but also with hope that the virus will not reach Europe, and if it does, it will be contained relatively quickly. In the last week of February, the number of passenger flights in China was already -42% lower than last year, but for Germany, the decrease was only -5%, the UK -2.7% and Spain -1.4%. Two months later, in the last week of April, the drop in flights in China has already fallen to -39% compared to the previous year. A few weeks later, passenger air traffic in Europe practically died out, and with it, air cargo was also significantly reduced.

Swiss company Kuehne+Nagel, one of the first global logistics operators to have already announced its quarterly reports for Q1 2020, reported in a recent presentation to financial analysts that global air freight volumes in the last quarter amounted to 372,000 tonnes, a decrease of -9% compared to Q1 of the previous year. It can be expected that the results of other global air freight companies will be similar and the decreases in Q2 will be even deeper. At the same time, air freight prices, with its very limited availability, have increased significantly in recent months.

For example, according to TAC Index analyses, they increased by as much as 273% between the beginning of March and mid-April, making air freight an increasingly unprofitable mode of transport for a growing number of companies importing goods from Asia. In this situation, more and more manufacturing and trading companies are considering alternative ways to organise transport between Asia and Europe. For customers who, due to the nature of their business, cannot afford to wait several dozen days for delivery by sea, rail transport is becoming an increasingly attractive alternative. In other words, customers do not switch from sea to rail transport because it is faster, but from air to rail one because it is cheaper.

Change of transport mode requires a change of strategy

A change from air to rail transport, if it is not a one-off, requires a carefully planned modification of the company’s logistic strategy. However, it has far-reaching consequences for the entire organisation of the supply chain and distribution network. The majority of air transport between Asia and Europe is not carried out by local airports in individual countries, but by the most important European hubs (the so-called “gateways”) which act as consolidation points for freight. The five largest are Frankfurt, Amsterdam, London, Paris and Luxembourg. Goods delivered to one or more of these major airports are then distributed to individual countries in Europe.

The organisation of deliveries from China to Europe by rail is completely changing this picture. Already now, about 80-90% of all rail freight with China to the European Union passes through the railway border crossing between Poland and Belarus (Terespol-Brest) and then goes to one of several cargo terminals in Małaszewicze in Poland. For most goods transported by rail, Poland is, therefore, the “gateway to the EU” and Małaszewicze is the first starting point for further planning of the distribution network.

Some scenarios to consider

Depending on the lead time required by the end customers in each country, several scenarios are worth considering. One of them may be deliveries for the whole continent from the European Distribution Centre (EDC) located in Poland. Another scenario that may need to be analysed is the strategy of several Regional Distribution Centres (RDCs). For example, as in the illustration below, one DC in western Poland (e.g. in the vicinity of Wrocław), and another one in western Germany or one of the Benelux countries (Holland, Belgium, Luxembourg).

However, the precise determination of the required number and location of distribution centres and the allocation to them of individual countries and customers requires a very detailed analysis of data and flows, and, due to the degree of complexity of such analysis, the number of tools necessary to simultaneously include in the calculation of variables, also advanced tools for the analysis, visualisation and optimisation of individual scenarios.

Model diagram of the China-Poland-Europe supply chain under the assumption of deliveries from China by rail through Małaszewicze (source: Logisys’ own analysis)

If, however, from a logistical point of view, the whole of Europe can be served from Poland as a transit point for rail transport from China via Małaszewicze, shouldn’t we also consider a scenario in which goods produced directly by suppliers located in Central and Eastern Europe also go to Western European countries via Poland? In such a configuration, Poland would become a logistical consolidation hub for the Central European supplier base, a viable alternative to China and other Asian countries.

Alternative to China from the neighbourhood

Recently, especially after the outbreak, first in China, of the coronavirus pandemic and the consequent disruption of global supply chains, the concept of “regionalisation instead of globalisation” has appeared in an increasing number of publications and analyses. Logistics experts point to the necessity of increasing geographical diversification of the supplier base in order to increase the security of continuity of supplies, which does not necessarily mean fast-track (difficult to implement due to the scale of investments made, availability of raw materials, etc.) decisions to close factories in China and move them to Poland or Mexico. Rather, it implies the need for alternative scenarios and contingency plans for supply chains in the event that the availability of goods, materials and components produced in a given country becomes again limited, as was the case with supplies from China earlier this year.

In this context, the “China +1” concept is becoming more and more popular among professionals dealing with strategic planning and supply chain optimisation. It is based on the idea of creating a regional supplier base, providing a viable alternative to China where necessary, and, because of its location close to local demand centres, less dependent on the availability and prices of intercontinental freight.

In Asia, the role of such an alternative supplier is increasingly being taken over by Vietnam (also in the context of the customs cold war between China and the US, which began last year). In North America, many companies from the USA decide to source their supplies from Mexico, and for Western Europe, Central and Eastern Europe can successfully play this role. Supplying Germany or France with goods produced e.g. in Poland instead of China would not only drastically reduce the costs of international air or sea freight, but also, thanks to the reduction of the total delivery time, would make it possible to significantly reduce the required level of safety stocks. This, in turn, would translate into lower demand for warehouse space and, consequently, into total logistics costs.

Labour costs in China are not the lowest

When discussing the above scenario with logistics experts from Germany and the Netherlands, however, it turns out very often that there is still a stereotype in Western Europe that “we produce in China, because employees’ costs are much cheaper there”. And while this statement is obviously true when comparing wage costs in Asia and Western Europe, it is not necessarily so when comparing China to CEE countries.

According to an analysis carried out recently by consultants from Logisys Logistics Consultancy Department at HUB Logistics (see figure 2), on the example of wages of internal logistics employees in several countries, we can see that e.g. the hourly cost of work of a forklift operator in China and Poland is almost identical (until a few years ago wages in China were lower by several to several dozen percent). With the rapid development of the middle class and the general increase in the wealth level of the society, salaries of Chinese workers are getting higher. This, in turn, makes the cost attractiveness of China as a supplier base less attractive. Of course, salaries are also rising in Poland and other CEE countries, but they are still several times lower than in the “old” EU countries.

What actions should business managers take to design the optimal supply chain and distribution networks for their companies? First of all, start with a thorough analysis and modelling of the present situation. Only by creating an appropriately parameterised “baseline scenario” can we be sure that by modifying individual variables in subsequent iterations of the model, the identified level of cost increase or reduction will have a real reference point in reality. Next, we should define scenarios on the basis of which we will decide on the target structure and strategic changes (e.g. total or partial change of air transport to rail, creation of an alternative supplier base in Central and Eastern Europe, vision of a new Regional Distribution Centre e.g. in western Poland, etc.).

Only a comparison of several or more options, taking into account a number of interdependent parameters (transport costs, storage costs, inventory costs, key quality indicators, service and order fulfilment levels, etc.), will allow us to choose the best of the analysed scenarios. However, given that in our business we operate in a reality defined as VUCA (Volatility, Uncertainty, Complexity and Ambiguity), and the Covid-19 pandemic will only deepen this uncertainty and volatility by modifying our supply chains and distribution networks, we should design them so that they can be easily and quickly modified if necessary, adapting our organisation to rapidly changing supply and demand levels and structures. In the new, yet unknown and uncertain post-pandemic reality, the greatest and strongest will not necessarily survive and win, but certainly the most flexible and agile. 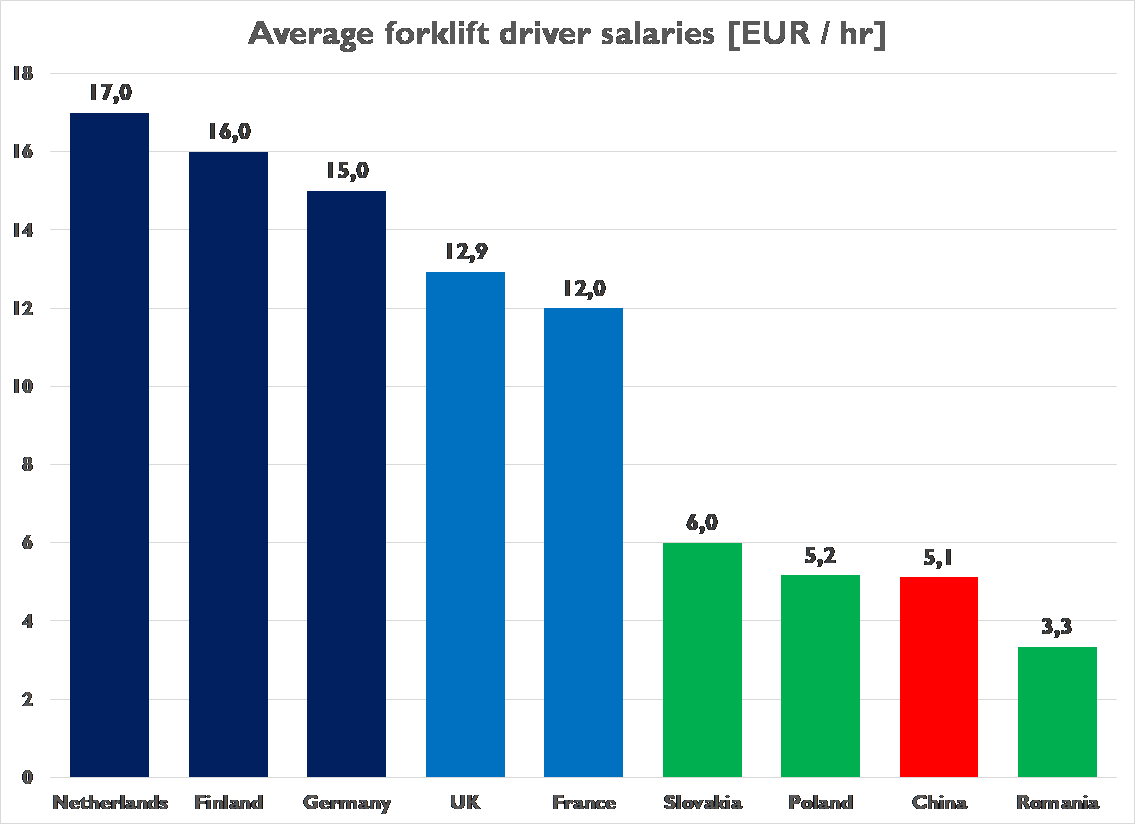 Diagram: Logisys’ own analysis based on Economic Research Institute and salaryexpert.com data

Przemysław Piętak is an expert in supply chain management, specialising in designing and optimising logistics solutions for nearly 20 years. Since 2018, he has been the Managing Director of HUB Logistics, a Finnish company providing contract logistics services and (under the Logisys brand) logistics consultancy. More info: www.hublogistics.pl