Farizon claims the Homtruck “will be one of the most advanced and cleanest commercial vehicles on the road” when it becomes available. The company says the lorry “focuses on efficiency, driver and pedestrian safety, and boasts major breakthroughs in sustainable powertrains.”

In a press release, Farizon Auto explained how Homtruck’s architecture can carry a number of powertrain options including range extender, methanol hybrid and even pure electric with a battery swapping option.

In an interview with CNBC on Monday, Mike Fan, CEO of Farizon Auto, said: “This product is designed and developed facing the global market.” The business TV channel added that Farizon’s new truck would be aimed at customers from Europe, Korea, Japan and North America.

Farizon says it wanted to make a semi-truck that feels like home, meeting the “living and emotional needs” of its drivers. The manufacturer says that semi-truck drivers around the world spend an inordinate amount of time in their vehicles, “often more so than they do at home.” The Chinese manufacturer also claims the space in the truck satisfies the “work, life, and entertainment” needs of lorry drivers.

The cabin design includes a bathroom complete with a shower and toilet, single bed, refrigerator, tea maker, kitchen, and even a small washing machine.

The truck also features an intelligent AI assistant coupled with full 360-degree cameras “to help to keep the driver aware of any issues around the vehicle whilst in motion or whilst stationary.” 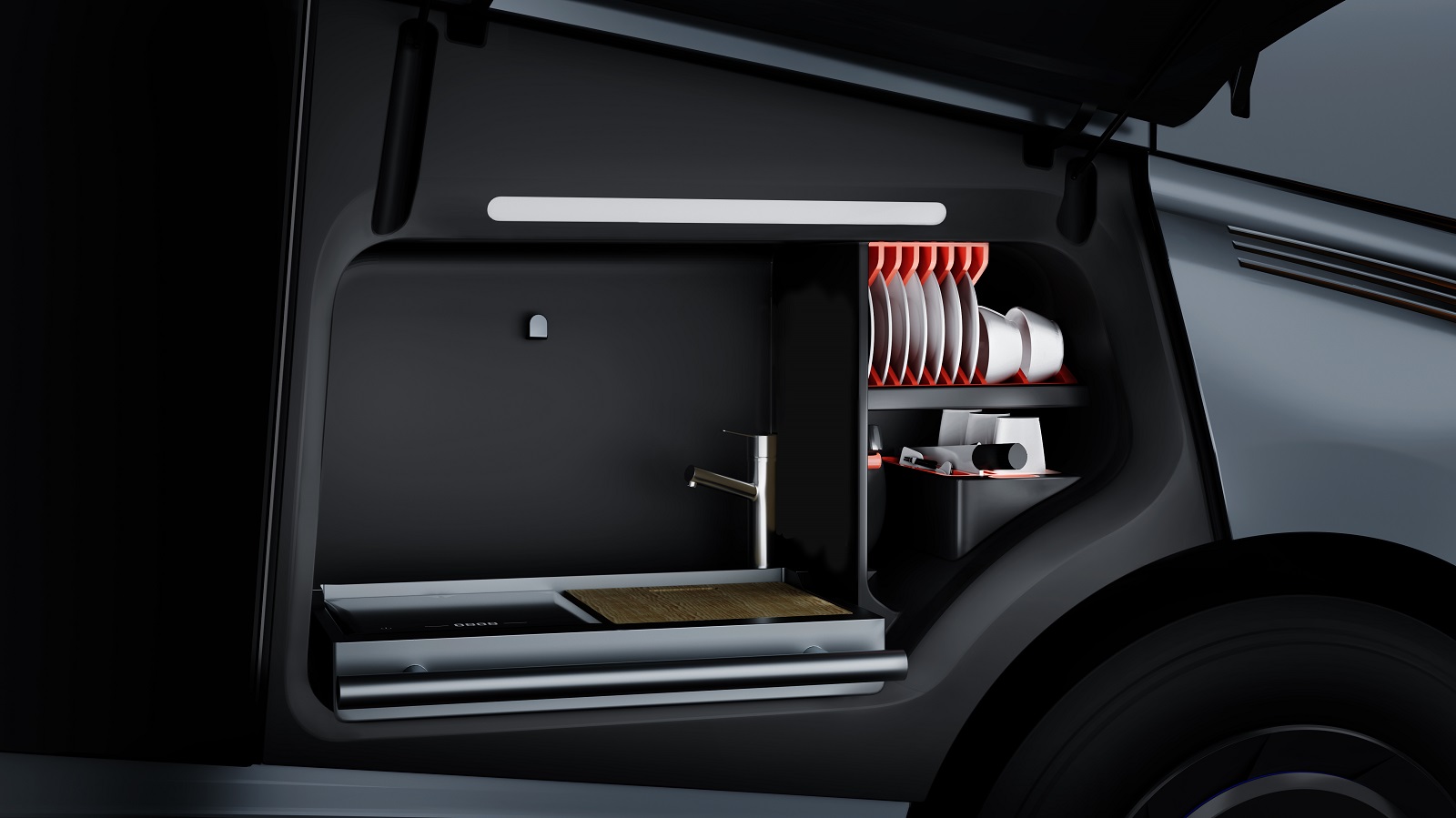 When it comes to connectivity, Farizon says its new truck model can connect to all the big data platforms “to help drivers obtain the most optimal orders in real time, analyse and track deliveries, and calculate operating costs along the routes.”

In terms of tech, it is claimed that the Homtruck’s ‘brain’ “can utilize vehicle sensors to analyse traffic data in real time and receive route recommendations.” In addition, the truck’s energy management system can also manage the Homtruck’s power or fuel supply to achieve the most optimal economic performance and is able to recommend optimal refuelling or recharging routes to the driver.

Finally, the company says the truck will feature the ability for autonomous drive function on some routes, as well as convoying abilities that allow trucks to communicate with each other to maintain safe speed and distance.

“Farizon Auto’s Homtruck is the result of the synergies between Geely Holding’s technological expertise and its partners in the global automotive industry. The Homtruck represents a significant move towards a net zero-carbon freight transportation system and opens the door to a new era for the logistics industry”.