A German road transport company and a local road road transport association have both done their bit to try to warm the hearts of lorry drivers stuck in HGV parking areas over Christmas. 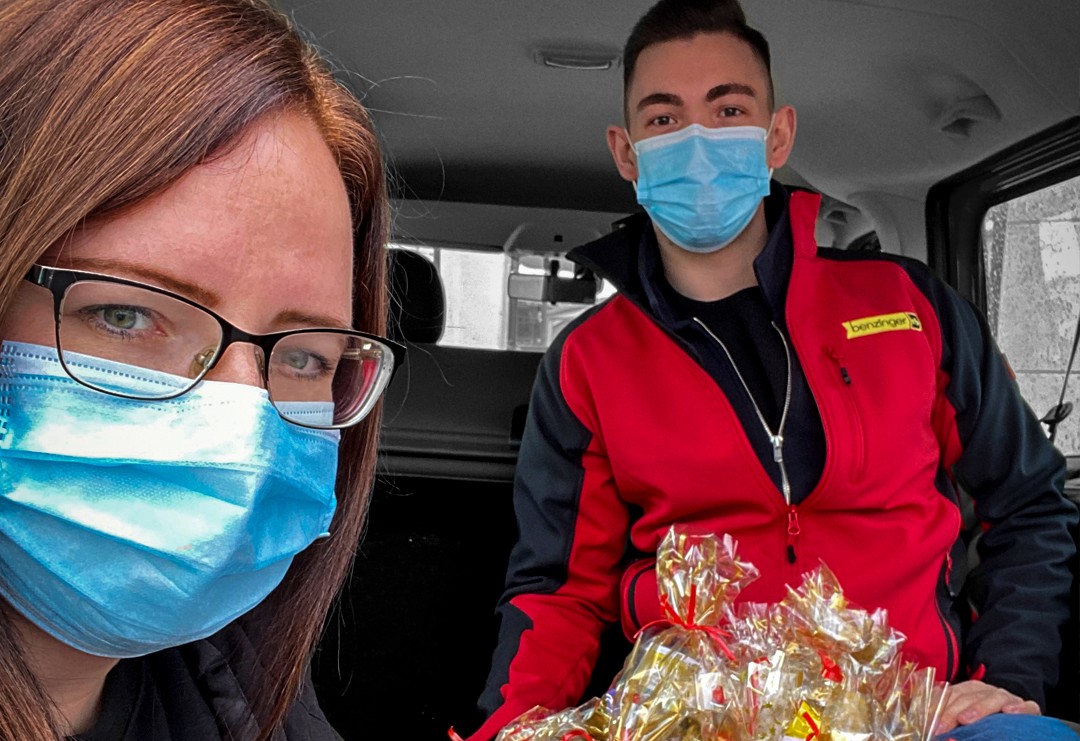 On Christmas Eve and Christmas Day, staff from Großschirma-based Rolf Benzinger Spedition-Transporte GmbH drove out to a number of rest areas to hand out 500 packages of nuts and sweets specifically for truckers who couldn’t get home this Christmas.

The company says it is doing so to say thanks for the hard work and dedication of all lorry drivers.

“We want to say thank you to the truck drivers for sacrificing their Christmas party and for spending the holidays away from the family so that the supply chain is not interrupted and everything is running again for us on Monday,” a company representative told pz-news.de.

One lorry driver from Bulgaria was clearly grateful for the gesture, writing on the company’s Facebook Page:

“I am stuck this Christmas at Tank & Rast Raststätte Leipheim Süd. It’s nice to know I am not forgotten about over Christmas. It is so nice and kind to do this for us drivers. Thank you very much. Frohe Weihnachten.”

The staff at Rolf Benzinger Spedition-Transporte GmbH left the bags of sweets on the steps of the trucks whose drivers were sleeping, while knocking on the door and saying hello to those who were awake. According to pz-news.de, many of the lorry drivers were Russian speakers who showed their appreciation by saying thanks in English.

Elsewhere in Germany, the Baden Transport Industry Association handed out 300 bags of fruit to lorry drivers in rest areas around Freiburg.

“Some have to wait here for jobs after the holidays instead of being with their families,” said the association’s managing director Tobias Lang. “This applies above all to drivers from countries such as Ukraine and Lithuania. „

Commenting on the charitable actions, German truck blogger Jörg Schwerdtfeger called on his fellow truckers to show respect to lorry drivers from all countries and avoid discrimination.

“There were many actions over Christmas to surprise stranded truck drivers, which is often published here and on social media! But some of the comments under the posts were just embarrassing and shameful.”

“It doesn’t matter what origin a person has or when his Christmas is celebrated. If he’s standing in a parking lot or a rest area for several days and other people want to do him something good, it’s perfectly ok! Xenophobic and discriminatory statements are absolutely out of place there. I am also against cabotage, price dumping and modern slavery and many other things that are going on at the moment, but “humanity” and “decency” towards colleagues is mandatory in my eyes! We have some German drivers in our ranks who certainly do not improve the image and the circumstances in our industry!”