CMA CGM to acquire terminal at major US port

Well known French container transportation and shipping company CMA CGM has announced it is to acquire a 90% stake in the Fenix Marine Services (FMS) terminal in Los Angeles. The closing of the transaction remains subject to the approval of the competent regulatory authorities. 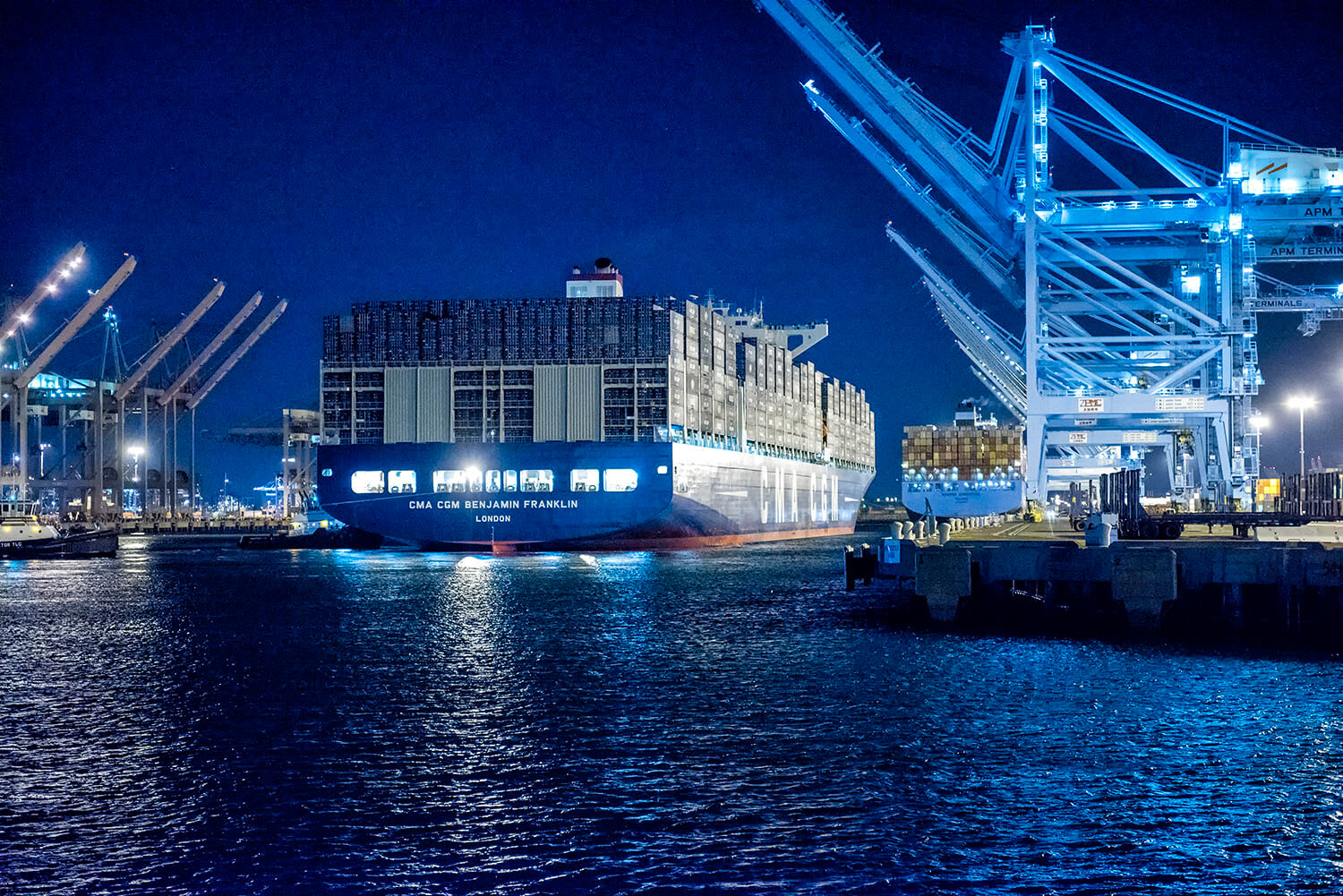 FMS is the third-largest terminal in the Los Angeles/Long Beach port area in terms of capacity (around 2.5 million TEU) and one of the largest in North America. As CMA CGM points out, the terminal also benefits from a long-term concession agreement that runs through to 2043.

CMA CGM says the investment is consistent with its strategy of developing its terminal business while supporting the growth and efficiency of its shipping lines. Currently, the Group has investments in 49 port terminals in 27 countries, through its two subsidiaries CMA Terminals and Terminal Link (joint venture).

Keen to point out the reasons behind the acquisition, CMA CGM have listed the following examples of the infrastructure the terminal currently boasts.

The shipping giant has also announced the following infrastructure investments in the port:

Moreover, CMA CGM says that by early 2022, the FMS terminal will welcome the first CMA CGM liquefied natural gas-powered 15,000-TEU ships to be deployed on routes between Asia and the United States.

Commenting on the news, Rodolphe Saadé, Chairman and CEO of the CMA CGM Group, said:

“The swift recovery of the global economy has demonstrated the importance of ports and logistics infrastructure. In order to manage efficiently our port operations on the West Coast of the United States, we have decided to acquire Fenix Marine Services. Fenix Marine Services is one of the largest terminals in this country and one of its most strategic gateways. It is a key industrial facility which will significantly strengthen our position and support our rapid growth in this market.”