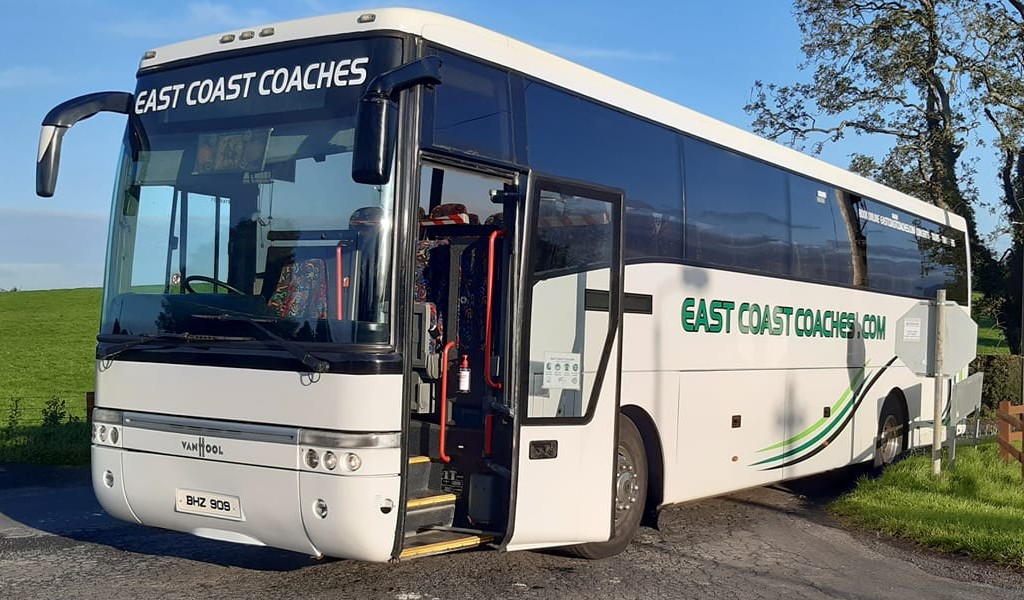 A bus company from Northern Ireland has partly changed its business model to incorporate haulage as it struggles to deal with the financial crisis caused by the coronavirus pandemic.

Newry-based East Coast Coaches, whose history dates back to 1988, have been hit hard by drops in passenger numbers as well as the cancellation of major events in Ireland in 2020. The company primarily operates in the events business, whether it be huge concerts, weddings, school trips and golf tours. Naturally, income from this source has dropped significantly since last March.

At the end of June, the firm reportedly had as little as £97 in the bank.

Sean Connolly, who currently runs the company, told The Irish News earlier this week that support from the devolved government has not been forthcoming. Apart from funds for furloughed staff, the company has not received „a single penny”.

In a desperate bid to put food on the table and provide employment to his drivers, Sean took a HGV driving test and is planning for some of his coach drivers to do the same. In order to make the pivot to haulage possible, Sean also sold his two most valuable coaches and used the cash to buy four lorries as well as a recovery vehicle.

The switch has not been plain sailing though, as the East Coast Coaches explains:

„We’ve had some enquiries but no definite business as yet, and at this stage we’re not pinning ourselves down to local or all-Ireland business, or groupage, or any specific aspect of haulage. We’ll have a look at whatever comes our way and will only do what we are able to do with our modest fleet.”