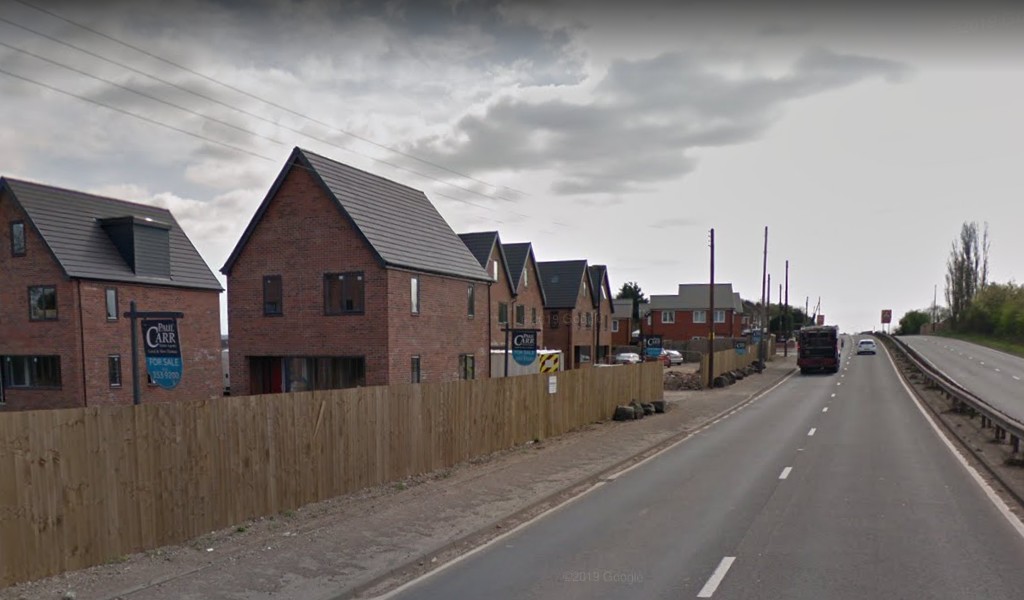 In the latest bizarre case of HGV hate to hit the UK, a couple from Coleshill have complained about lorry traffic after spending £325,000 on a new home next to a busy A road.

As reported on Birmingham Live, 58-year-old Jackie McCormack and her husband moved into a detached three-bed home in Coleshill, near Birmingham, at the end of February.

During the process of buying the house, the couple viewed the property 6 or 7 times. However, they did so on Saturday mornings “before the road wakes up”. It appears that the couple did not consider or look into what the traffic could be like in peak hours.

Mrs McCormack told Birmingham Live that she “wouldn’t have touched it [the house] with a barge pole” had she viewed the property at 2pm.

The 58-year-old then embarked on an extraordinary HGV rant, claiming the lorries force her to wash her property’s windows several times a week. She also branded HGVs as “absolutely horrendous”.

“There’s lights and every now and again you get a sway of the HGV vehicles, my fence is 9ft away from the edge of the A446. The HGVs are absolutely horrendous, and the pollution that comes out of them, it’s disgraceful. I’m washing my windows three or four times a week, it’s disgusting. If the pollution is going onto our windows and our cars, what are we breathing in?”

According to Birmingham Live, Mrs McCormack now wants the speed limit for the stretch of road by the housing estate reduced to 40mph:

All we want is 40mph, speed cameras and a crash barrier outside my fence. There’s nothing. I’m going to fight tooth and nail to get this sorted out. I’m not moving, I can’t move because nobody would buy the house. They’ve said they haven’t had any crashes in years, but I’m not prepared to take that risk. They have to reduce the speed, they have to.

Fans of Birmingham Live’s Facebook Page did not appear to be sympathetic with Mrs McCormack and her husband.

The vast majority said that the couple had failed to carry out due diligence when purchasing the property, with the four comments below very much reflecting the mood. 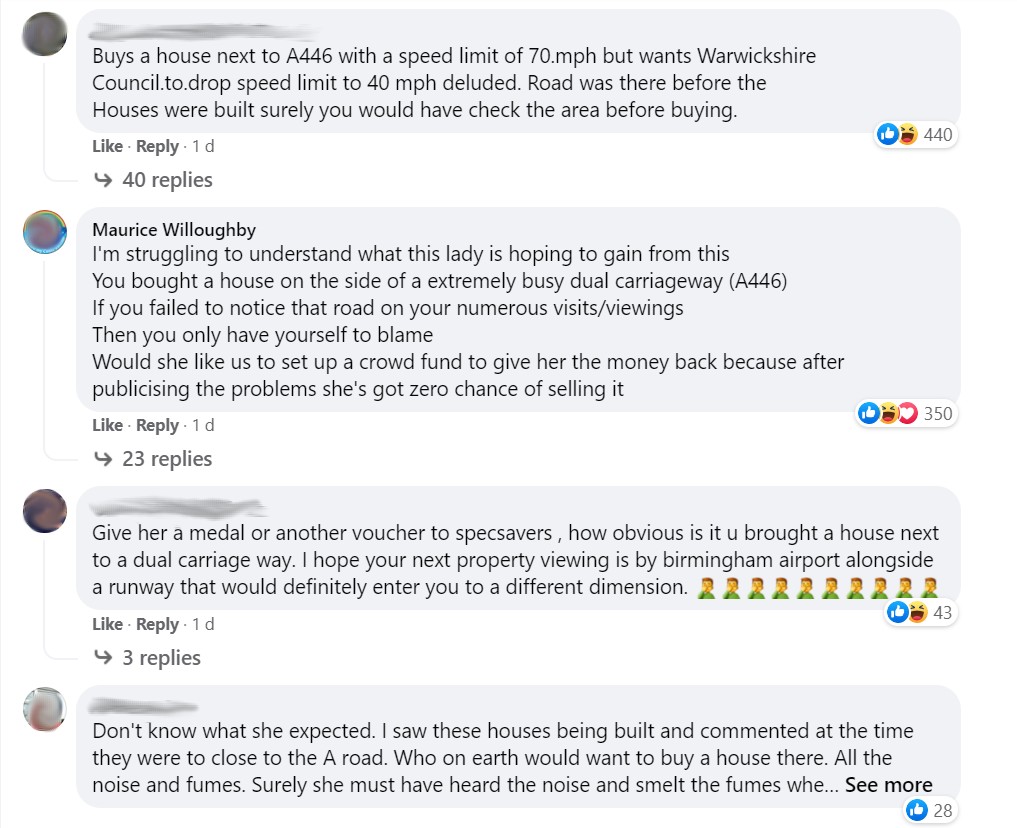 After being asked about the above comments from “trolls”, Mrs McCormack told Birmingham Live:

Mrs McCormack also revealed that she had used to device to measure decibel readings, which showed the noise in the garden can reach as high as 120 decibels on occasion. She hopes to sell the house by the end of the year, though after having publicised the problems with the property, that may prove a tall order.