The Irish Truckers & Haulage Association Against Fuel Prices group has announced a protest action this coming Monday. The group has warned that Dublin "will be in complete lockdown and for as long as it takes." 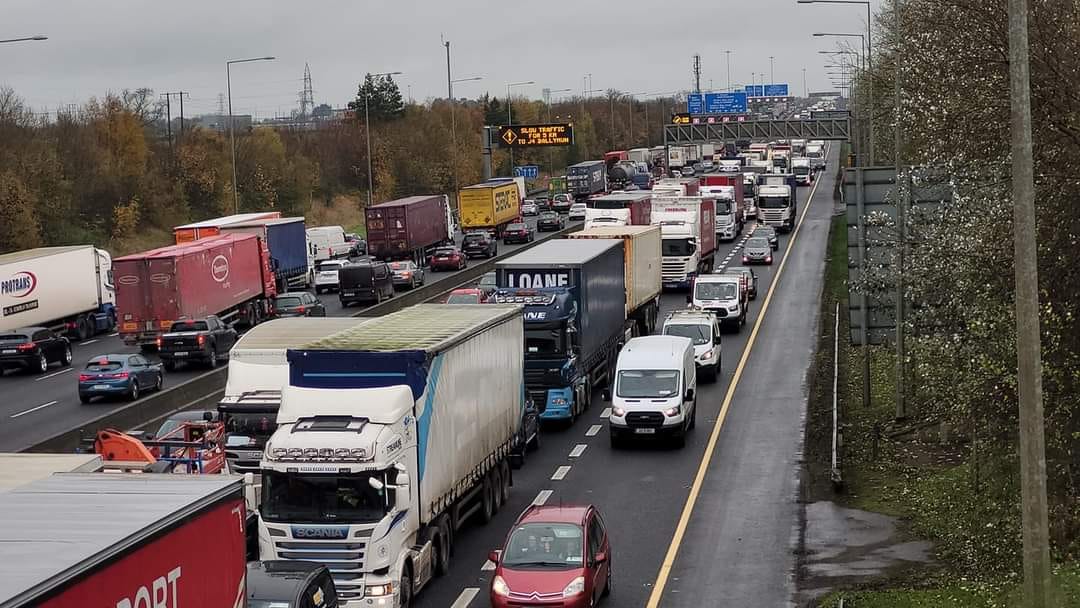 Regular readers may recall that the same group organised a haulier protest over high fuel prices last year. Its slow moving convoys caused a noticeable agree of disruption in Dublin, and also received plenty of media attention. However, the protest was not supported by the Irish Road Haulage Association and the Irish Government did not change its policy following the demonstration.

Since then, Russia’s invasion of Ukraine has seen high fuel prices reach new heights. That has resulted in the Irish Government deciding to cut fuel duty by 15 cents per litre. Many road transport firms, motorists and farmers are nonetheless still less than impressed, and some are preparing to take part in Monday’s protest.

The Irish Truckers & Haulage Association Against Fuel Prices is demanding that petrol and diesel be capped at €1.10 and €1.20 respectively. It is also calling for green diesel and home heating to be capped at 65 cents per litre. On top of that, it wants Ireland’s carbon tax to be scrapped and for the country’s Transport Minister, Eamon Ryan, to resign.

The group says the protest will attract vehicles from all sectors and organisations, as well as individual members of the public. This includes farmers, fishing operators, truckers & hauliers, taxi & bus operators, nurses & private care Workers, builders and plant operators.

However, the IRHA has been more vocally critical of the Irish Government in recent times. Earlier this month, the IRHA warned the government that a “very serious” protest would take place if action wasn’t taken to address high fuel prices.

In addition, despite fuel duty being cut and a €100-a-week subsidy implemented, the IRHA still expressed disappointment with Ireland’s 2022 budget.

“The licensed haulage sector is undergoing a period of unprecedented challenge. Faced with the direct obstructions imposed by Brexit, a decline in business activity through COVID 19 and unprecedented labour shortages, we needed to see some measures in Budget 2022 to support the sector. No such measures were forthcoming – instead we saw an increase in fuel costs and a repeat of the Government’s stubborn unwillingness to recognise that licensed hauliers have no option but to use diesel.”

However, this criticism hasn’t been enough for the Irish Truckers & Haulage Association Against Fuel Prices, who have repeatedly taken shots at the IRHA on its Facebook Page.

On Tuesday, the group said that support from any one of Ireland’s largest hauliers like BM Transport, Hendrick European and Dixon International Logistics, “would be enough to shut the country down”. The group then added “IRHA Members do as they are told unfortunately,” before going onto say that the IRHA is “part of the blame for this situation”.