Readers may recall the case of a lorry driver who was fined almost €2,000 by police officers in Norway after his weekend journeys to a truckwash were deemed a violation of drivers' hours rules. Last week, the trucker's employer took the case to court and was hopeful common sense would prevail with respect to the outcome of the verdict. The verdict is now known and the driver has been acquitted. 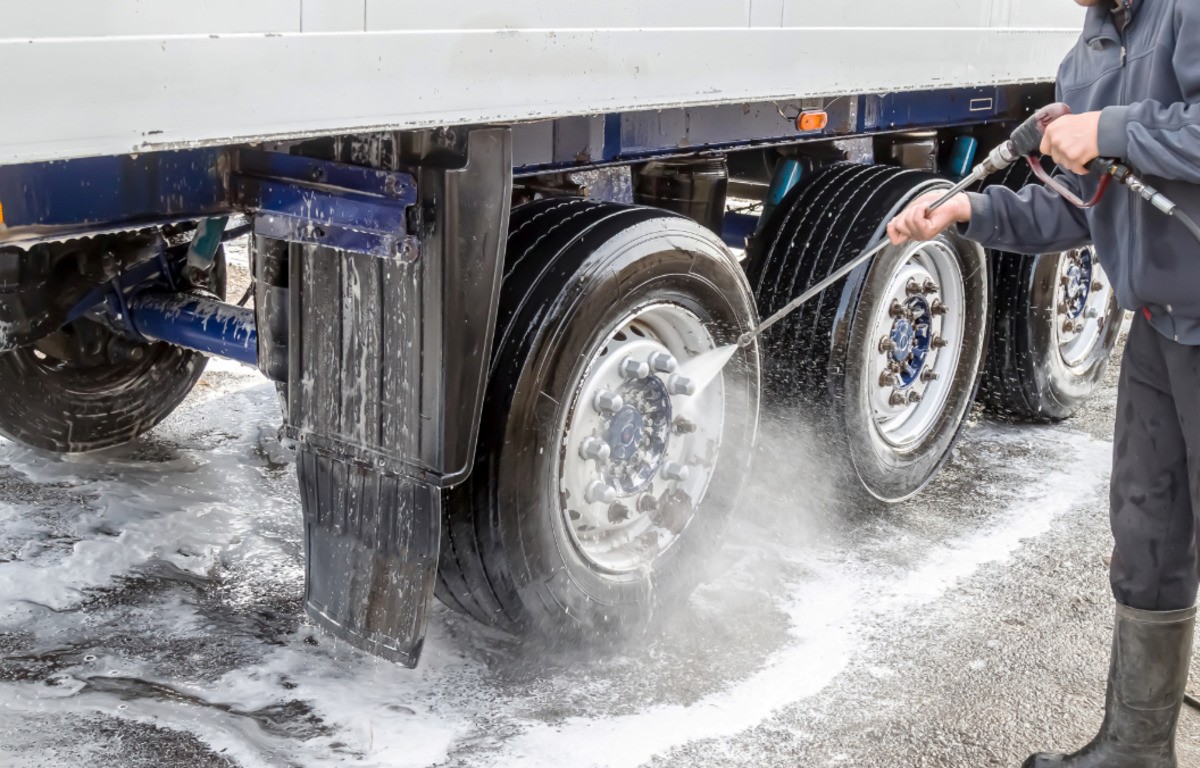 According to Tungt.no, who have been following the court case for some time, a Norwegian district court concluded that driving in a closed area does not require a card to be inserted into the tachograph.

“If I hadn’t been acquitted, it could have caused me to lose my enthusiasm for trucks,” the driver told Tungt.no.

The judgement from the court was as follows:

“The court points out that Kåsa had exclusively driven on private land belonging to his employer, Kaasa Transport AS. The area is marked as private, and blocked off with barrier tape and/or cones. It is therefore not a question of driving on a public road. The court will also note that the driving cannot in any case be considered to be “passenger or goods transport”. Based on Kåsa’s explanations, the driving has consisted exclusively of moving the lorry from one end of the terminal building to another in order to gain access to the water outlet – as well as parking. The driving is therefore also not carried out in connection with “passenger or goods transport” and is not covered by the tachograph regulation. There can therefore be no demand that Kåsa should use his tachograph card and he cannot consequently be punished for this.”

For the benefit of those unfamiliar with the story, the aforementioned fine was issued back in August 2021, but only came to light this February when the truck driver who received the penalty was interviewed by Norwegian road transport website Tungt.no.

The driver told Tungt.no that he is passionate about his profession, and that washing his vehicle is something he often does when he has time off on the weekends. The road transport inspector who checked his tachograph nonetheless maintained that all maintenance on the truck, including washing, should be classed as other work.

The inspectors checked the trucker’s vehicle and tachograph after he had washed his vehicle on two weekends in August, one of which was to prepare the HGV for a truck fair. To do so, he needed to move the vehicle from the position it was parked up for the weekend. In the process of doing this, washing the truck and return to his original spot, the driver’s card was not inside his tachograph.

The police determined this as a breach of the rules, and besides issuing a fine of 20,000 NOK (around €1,971 at the time), ordered the lorry driver to rest for 48 hours.

The officers justified their actions on the basis that the lorry had been moved a total of four times (twice every weekend) without the card being in the tachograph and without any other work being registered.

The trucker who was punished by the police said last year that the decision bordered on madness and would only serve to put more people off the profession.

“I think it borders on madness that the authorities can suddenly decide to do something like this. We have been washing trucks on the weekends all year and the boys here who join us order pizza and see this as a social gathering that coincides with them polishing their vehicles. It must therefore be lawful, if you ask me, especially since it takes place in a closed area. It has nothing to do with work as I see it. If you are thinking about recruiting for this profession, such a reaction from the authorities is the first step to say goodbye to Norwegian drivers,” the driver told Tungt.no.

The lorry driver’s employer, Kaasa Transport, was also unimpressed by the authorities and sad it was willing to go to court to defend the driver. It added that had the driver told officers he was on his way home, he wouldn’t have been fined. Therefore, in the opinion of the haulage company, he was simply punished for his honesty.

The haulier did take legal action and the case reached court last week.

With regards to the act of washing trucks as a leisure activity, Kaasa Transport general manager Øistein Kaasa told Tungt.no:

“It is not under the auspices of the company, and no salary is paid for this. The drivers do it because they think it’s fun, and it’s social among colleagues.”

“I think that this can be seen as a working environment measure, that the employees are allowed to meet and chat and clean the car. This is not done in the employer’s interest, but in the employee’s interest. In this case, there is no doubt about what has been done.”

Kaasa Transport has now been vindicated in backing its driver, who has been acquitted of breaking drivers’ hours rules.