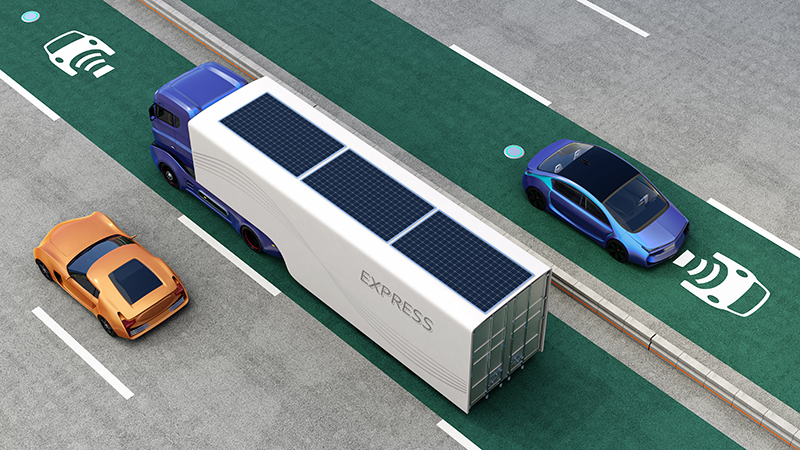 Coventry City Council has launched a project aimed at exploring how wireless charging capabilities could be installed onto road networks to allow electric lorries to charge their batteries on the move. If the project comes to fruition, it could be a “game-changer” according to Denis Naberezhnykh, technical director at engineering and environment consultancy firm Ricardo.

The study has received funding courtesy of the Ofgem Network Innovation Allowance (NIA) mechanism. In order to measure the feasibility of bringing wireless charging to the UK’s road network, extensive research and data modelling will be conducted.

The results will assess the electrical impact and requirements of the technology on the distribution network, and help forecast the uptake in Coventry and elsewhere.

Commenting on the project, Denis Naberezhnykh, technical director at Ricardo, described the concept as a potential game-changer:

This technology allows electric vehicles to charge their batteries or be powered directly, while being driven, and would allow vehicles with demanding duty cycles to switch from petrol or diesel to being electric. This could be a game-changer as the automotive industry looks for ways to reduce its dependency on fossil fuels and indicates just how important this project is.

Ricardo shall be responsible for managing the project and conducting a technical review of the project activities and outputs for WPD.

This project will assess the technology’s potential to support decarbonisation of transport and meeting UK Net Zero targets. The study will look at developing an understanding of how this technology can be connected to the electricity network and aims to minimise network reinforcement costs, while enabling the connection of low carbon technologies to benefit our customers.