Czech driver gets the upper hand. He has won in court with the Deutsche Post and will receive EUR 10,000 of the adjusted amount. This precedent may shake the transport market 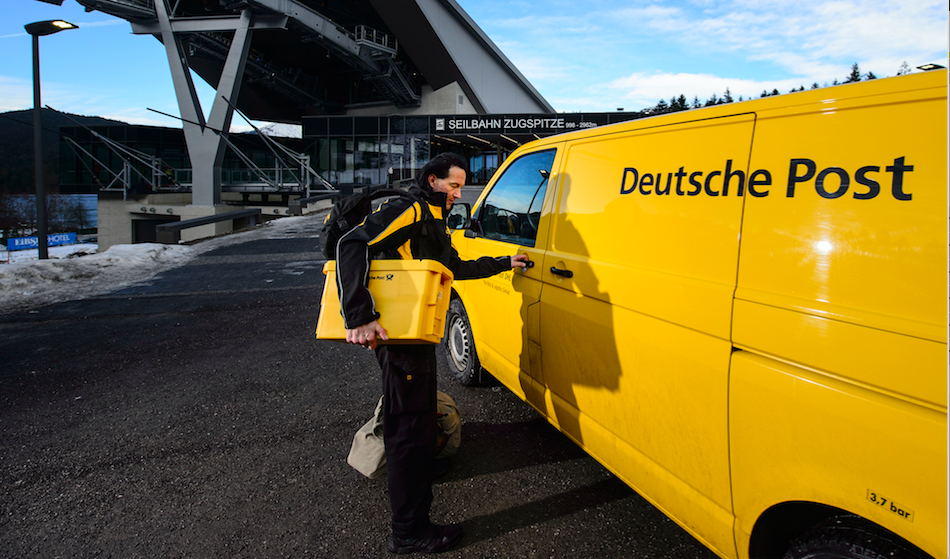 Although officially, the fight against the „Eastern European dumping” continues, German companies, such as the Deutsche Post, outsource deliveries to carriers from the East, even though their drivers do not receive statutory compensation. The German post did not accept the blame but the court ordered a payment of the different to the Czech trucker. Now, Czech and German entrepreneurs are worried that the precedent-setting judgement will result in them buried under an avalanche of lawsuits.

We have published the story of the Czech driver at the end of last year. Jiří Gabrhel was an employee of a Prague freight forwarding company carrying out deliveries for the Deutsche Post. He performed his work mainly in Germany. He found out about MiLoG by accident, during a routine check on one of German roads.

As you know, MiLoG (Mindestlohngesetz, i.e. the Minimum Wage Law) has been in force in Germany since the early 2015. According to its provisions, workers posted to this country should receive a minimum wage, i.e. EUR 8.84 per hour (in 2017; the rate for 2016 is EUR 8.50). However, according to the driver, he only received EUR 550 per month for the work performed on behalf of the German company.

Case in a labour court

Jiří Gabrhel decided to ask the ver.di (United Services Trade Union) for help; its employees assisted him in drawing up the lawsuit and represented him at the Labour Court in Bonn. The Czech demanded the Deutsche Post to align his salary to the statutory minimum wage for the period worked on behalf of the company. The driver calculated that he should have received additional EUR 8302.50 for his work from October 2015 to August 2016.

Why did he not demand the wage from his employer?

This story begs the question: why did the Czech sue the German company and not his direct employer? The answer is simple. The minimum wage provisions (MiLoG) apply both to the employer and the general contractor (i.e. the Deutsche Post), and in this case an employed driver may choose which of the supply chain participants will align the too low salary. The Czech employer refused to pay the amount due to the trucker.

The German post did not want to take responsibility for too low salaries paid to employees by the subcontractors. The Deutsche Post “commits to respect the law already at the level of tender, including labour law, and to comply with the Minimum Wage Law,” emphasised the spokeswoman of the Post last year.

“The contractors confirm it in writing when concluding an agreement,” she added.

The lawyers of the Czech, however, invoked to the employer’s responsibility that is independent from the fault. At the end of January, the driver won the case and, in accordance with the decision of the court, the Deutsche Post has to pay him EUR 10,000. The win was reported mainly by Czech media and Jiří Gabrhel himself on his Facebook profile.

As the Czech won in court, this may open the way for thousands of further lawsuits. Both the Germans and the Czechs are afraid of them because the Deutsche Post has about 3,000 so-called service partners from the East who work under similar conditions. The Czech representatives of the transport industry are also afraid of the consequences of the precedent decision of the German court.

„The court’s decision is completely unfit for reality. The truth is that the price pressure is enormous. Therefore, the employers are the actual winners. They often require their subcontractors to sign a statement that they meet all legal requirements, including the Minimum Wage Law,” comments Vojtěch Hromíř, head of the Czech transport association Česmad Bohemia.

Hromíř adds that fulfilment of these requirements is completely impossible in terms of compensations that German customers are willing to pay.

Czech carriers worry that drivers will take Gabrhel’s lead and sue their employers, which, according to the head of Česmad Bohemia, might ruin them.

We should be uniformly regulate the road transport provisions at the European level, not drive a wedge between countries in form of protectionist measures,” emphasised the Minister of Transport, Dan Tok.