The economic prosperity index leave no doubts – the worst is behind us, and entrepreneurs are looking to the future with increasing hope. Indicators of the transport analytical platform metrix.trans.info confirm this trend.

We analysed the situation on domestic routes in Germany. The impact of current events related to the epidemic on the demand for transport is evident. By mid-March, it was growing strongly, to the highest levels since the beginning of the year. The market and consumers sensed imminent difficulties and made stocks.

Since mid-March, i.e. since the introduction of the largest restrictions and the closing of borders, there has been a clear fall in demand. It started to recover from the beginning of May (many factories that closed during the epidemic came back to work at the end of April) and today it can be considered as a steady upward trend approaching the levels before the epidemic. This is illustrated by the metrix.trans.info demand index.

Supply nearly the lowest since this year’s beginning

Exactly the opposite situation is observed on the transport space supply index. Throughout the epidemic it was at a high level, many carriers were forced to reduce their activities. There was a certain nervousness and fear for the future in the industry, resulting for example, in demands to reduce cabotage.

In reality, however, according to the BAG reports, it was companies from outside Germany that felt the crisis much more than the carriers there, and the problems with orders were due to natural market mechanisms. Currently, the supply is approaching its lowest levels since the beginning of the year.

This is reflected in the rates. In a context of high supply during the crisis, strong competition has led to a clear reduction in transport rates, forcing some carriers to work at or even below cost. A clear upward trend is now visible. Although these are not yet pre-crisis levels, in the coming weeks the rates are likely to return to those seen earlier this year.

ECJ verdict on road tolls in... 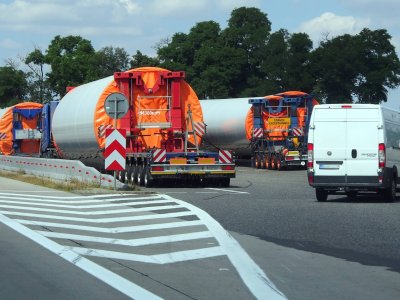