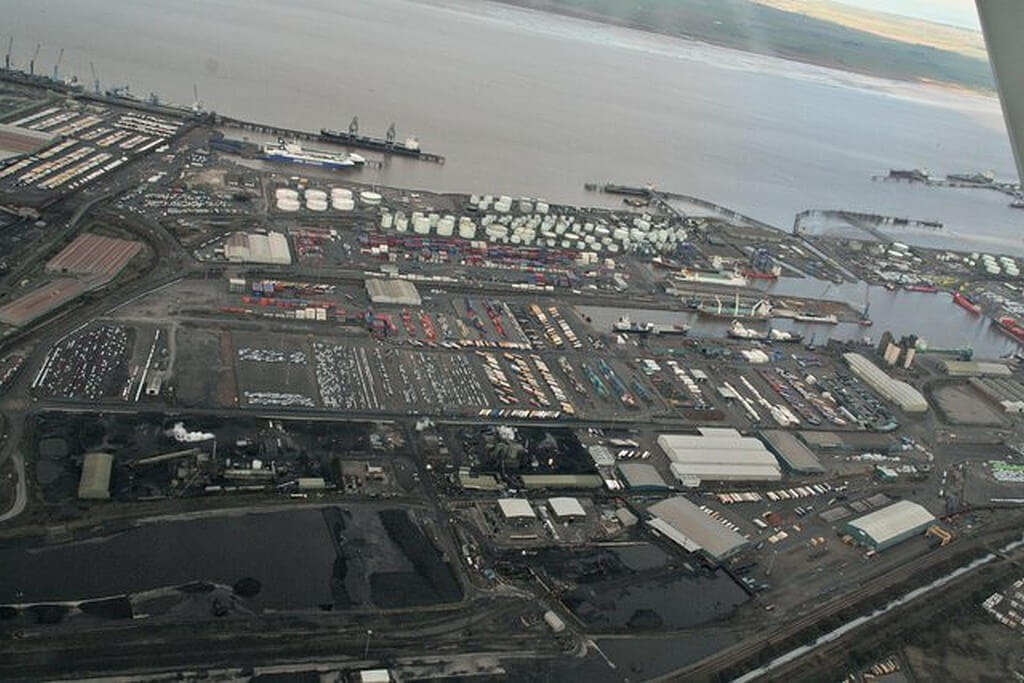 DFDS has urged the UK Government to help bring more customs officials to Immingham Port to help deal with the amount of cargo that’s been building up there since January 1st.

The Danish international shipping and logistics company say that they had to turn away one of its ships bound for Immingham on Sunday due to the lack of available space at the port. The reason for the build up is the delay in processing the extra paperwork caused by Brexit.

Talking on Sky News earlier today, DFDS Seaways Managing Director Andrew Byrne said that he and many others had underestimated the amount of paperwork involved:

There’s a lot of extra paperwork to be done. And this is all the way through the supply chain. There’s lots of people, I think, who underestimated quite how much paperwork was going to be done, ourselves included. We have spent three years preparing for this, and we all believed that on day one we were ready to go. The reality of what we thought was going to happen to what is happening is markedly different.

When asked if the cargo build was just “teething problems” or something more permanent, Byrne replied:

I think there’s a little bit of both, we are definitely seeing green shoots of things getting better than we did three or four weeks ago. But it’s all very relative. The problems that we’re having now, if they exist when traffic gets busy – don’t forget in January we were 20% less than January the year before, but the terminal was at a standstill. So my concern is that if we don’t resolve these problems quickly, once we get into a period where trade doesn’t really pick up, the ports won’t be able to cope.

The DFDS Seaways Managing Director then said he wished to see the UK Government bring in extra customs staff to help with the existing paperwork difficulties:

One of the key things that we need is more resources in the customs clearance sector. And one of the difficulties we have with that is it’s not something that we’ve done for nearly 30 years. So those people don’t exist, and the people to train those people don’t exist. So what we’ve been doing is recruiting lots of people. So we’ve got nearly 20 people that we didn’t have before performing border compliance and customs checks. But training those people as they come in means that the people we use to train them aren’t doing the custom clearance that we need them to do. So we need to find a way to have customs ready people available for the industry. So we need more customs officials, etc.

Regardless of whether the customs officers are forthcoming, Byrne admitted that Brexit had ultimately increased the company’s operating costs:

One of our biggest concerns we’ve got is there’s around half a million pounds of additional cost just in our organization, doing procedures for cargo that previously moved with no checks. So it’s adding no value to the supply chain, but it’s something that we need to do to be compliant. So yes, it’s good for employment, but it’s also really pushing the cost of transport up.

The call from DFDS comes at a time when demand for unaccompanied freight in and out of the UK is rising. In response to the demand, the company announced an additional sailing between Immingham and Cuxhaven in Germany earlier this week.